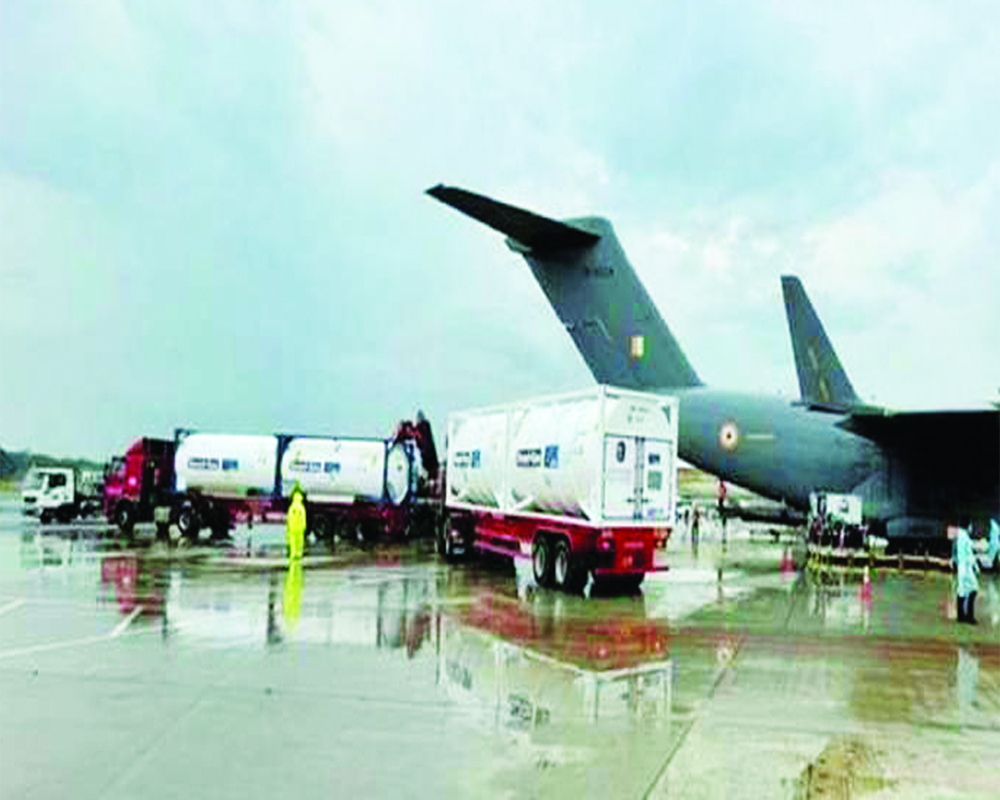 These are not the best of times. Everyone has his own version, own experience, and most of it is common: No one has ever experienced such devastating anxiety, apprehensions and uncertainty about the days ahead. There is a disturbing sense as one receives a call. Every conversation centres around the near and dear ones being under the grip of COVID, and it is no more an exception to receive the devastating news of people suddenly passing away. I received a call from a young lady, known to me ever since she was a kid, some five decades ago. She devotedly looks after her 97-year-old father, who is in comparatively good health for his age. She tells me that she is extremely disturbed after receiving a call from her close relatives, who stay in a distant city.

When she received the call, and began to ask about the welfare of the family members on that side, the caller brushed it aside and came directly to the point: “All of us are in isolation having tested Corona positive. We are upset and disturbed. We don’t know what will happen tomorrow. Whatever happens, we shall not inform you as it would serve no purpose. Likewise, we would request you not to inform us even if any fatality occurs on your side.” This daughter, already under tremendous tension, was just dumbstruck! She always thought she could fall back upon them. As an elderly academic and family friend, I did my bit. In this instance, the old man is fine by God’s grace and we hope to celebrate his centenary in a couple of years; hopefully, without any COVID restrictions. But will this daughter ever forget how she was left to fend for herself?

The unprecedented pandemic’s onslaught has triggered numerous tragedies across the nation, with people being unable to attend even the last rites of their loved ones. An estimate suggests that 230 million Indian families became poorer during the first wave. Humanity, however, survives on Hope. Things will change, and humanity would certainly come out of the excruciating stranglehold of the pandemic. Human ingenuity would triumph once more, as it has in the past. At present, everyone seems to be impacted either directly, or indirectly. The loss of livelihood could only be called ‘rampant’. In April-May of 2021, the health infrastructure stands shattered, patients are dying in front of hospital gates, in verandas, on stretchers and, shockingly, due to the non-availability of hospital beds. It is a tragic situation that would leave permanent scars on millions of families for ever.

It has challenged human sensitivity, emotionality and compassion. So much is to be rebuilt, resurrected and re-energised on every front of human existence. Its magnitude has already begun to emerge. The learned and the knowledgeable are already envisioning the shape of things in the post-COVID India and its global context. In the post-Corona era, no nation can progress in isolation. Corona knows no boundaries, no nationalities, and it could be countered only by a strategy that is global in nature, international in implementation and humane in approach.

It would not be an over-stretched logic to assert that if the UN and organisations like the Unesco and the UNSC had really achieved their objectives in the initial decades of their existence, humanity would have been much better equipped, united and ready to counter problems like Corona. Sadly enough, the global urge to create a world of peace, nonviolence and righteous conduct that led to creation of International platforms for dialogue and discussion has so far failed to achieve even basic objectives.

While the Governments preferred to participate in creating more and more lethal weapons, the health sector research was mostly taken over by pharmaceutical companies that were interested only in remaining ahead of their competitors, get the patents before others, and capture the market. In India, the health infrastructure shall obviously require serious revamping. Rampant corruption in regulatory bodies impeded the expansion of the medical education for decades. Fortunately, now there are plans to have a medical college in every district, which would now materialise with greater speed, efficiency and resource inputs. There ought to be a far greater say of experts in policy formulation at the highest levels. It is generally believed that if it were so, India would not have faced a nationwide shortage of medical oxygen, a deficiency that definitely led to several most tragic and avoidable deaths.

India, which was being hailed for offering vaccines to several countries, found itself in a distress situation by the second wave that necessitated helping hands from around the globe. Such inadequacies must not occur in future.

The guiding principles for the post-COVID India could be extracted from the basics Swami Vivekananda had taught us: “The faith in our own selves must be reawakened and then only all the problems that face our country will be gradually solved.” The mantra of success would be: “We should give positive ideas; negative thoughts only weaken men.” Let us trust human compassion and ingenuity.