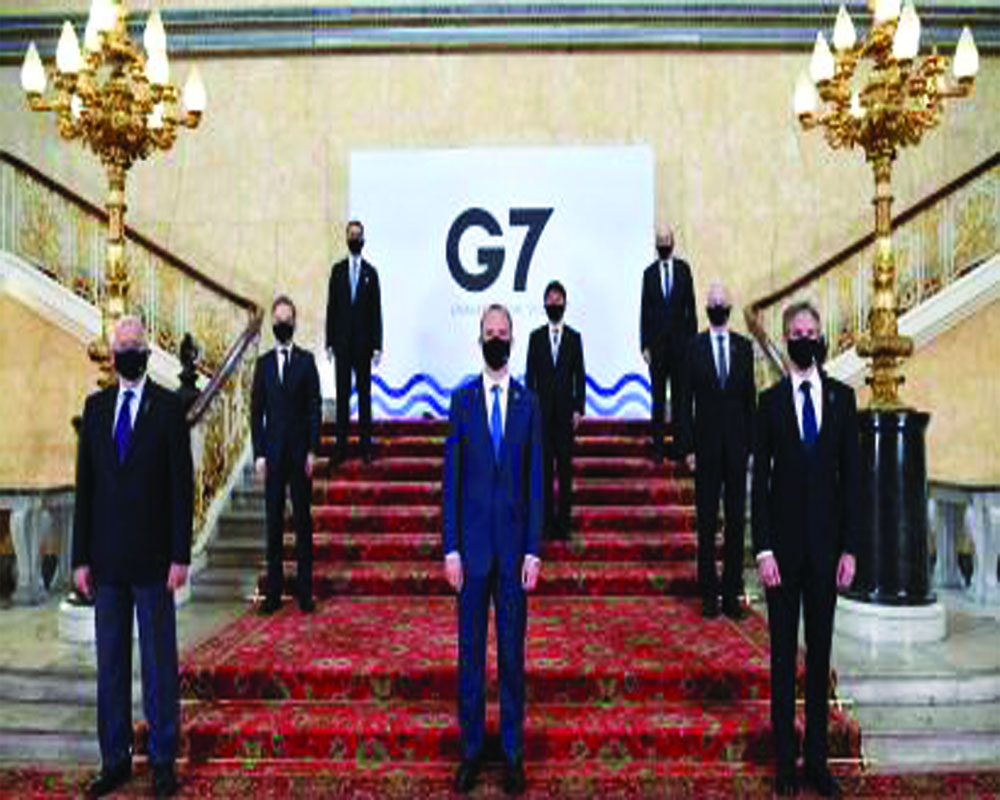 Rich economies known as G7 meet in person this week in the UK during one of the most volatile times in human history. Experts may term it a political meeting witha new president in the US and other participating leaders facing tough questions and scrutiny back home over the handling of the pandemic. This summit could be the beginning of a new world order based on mutual cooperation and strategic alliances for solving some of the toughest challenge's humanity faces. India is an invited country to the summit and the Prime Minister will attend a virtual meeting with global leaders. What makes India's participation key to this summit is the other bunch of nations who have been invited to participate. India for some time has been trying to shed the cold war era mindset of maintaining a safe distance from 'at war' adversaries and move closer to the western powers. The aggressive military moves of China in India's northern and north-eastern borders, coupled with open support to India's western neighbour  for spreading hatefulmisinformation, its aggressive naval exercises in South China sea,it facing questions about the origin of the pandemic and finally China's techno-military dominance in global ICT supply chains makes this case compelling. India is happy to collaborate with the Western powers (read G7) to tackle the global problems while making its presence felt in the room. India's constant push on Quad is a welcome step in the right direction. India in a way is likely to take a Quad synched position on various issues at the G7 summit, as most of the other member countries of the Quad are part of the meeting.

India has a unique position to offer to the world and reiterate its increasing economic and strategic importance. The invite to India by UK Prime Minister Boris Johnson (despite opposition from one of the G7 members)signifies a growing close bonding between UK. This could serve as a bookmark reminder for leaders controlling 40 per cent of global GDP to understand the newemerging world challenges, specially after, and in the middle of, the Covid crisis, and how strategic alliances with countries such as India could be beneficial for the long run. India for sure is likely to raise the issue on vaccine cooperation including removal of patents. It is significant to note that India is one of the key and largest vaccine manufacturers in the world and the current vaccination process being undertaken within domestic boundaries could be the biggest ever in human history. It is important to note China despite having a large population and large economy has not been everable to make it to high table of G7 since 1975 (the year when this intra governmental alliance leaders first met). This is an ideal opportunity for India to push its case on strategic alliances and multilateral agreements on the healthcare front beyond vaccine manufacturing. India is in a unique position to offer thousands of healthcare professionals for the globe to access. India's Prime Minister has openly expressed the desire to develop the nation as the pharmacy of the world, with relatively cheapermedicine and world-class healthcare professionals. The G7 group of nations have some the most advanced research facilities in pharmaceuticals, emerging biological/health threats to humans and use of new technology such as artificial intelligence to predict and control diseases. India could well collaborate with G7 and emerge as one of the key players on the healthcare front besides protecting its interests on the borders with strategic defense ties.

(The author is a policy analyst. The views expressed are personal)