Geopolitics and the military-civil fusion

Geopolitics and the military-civil fusion 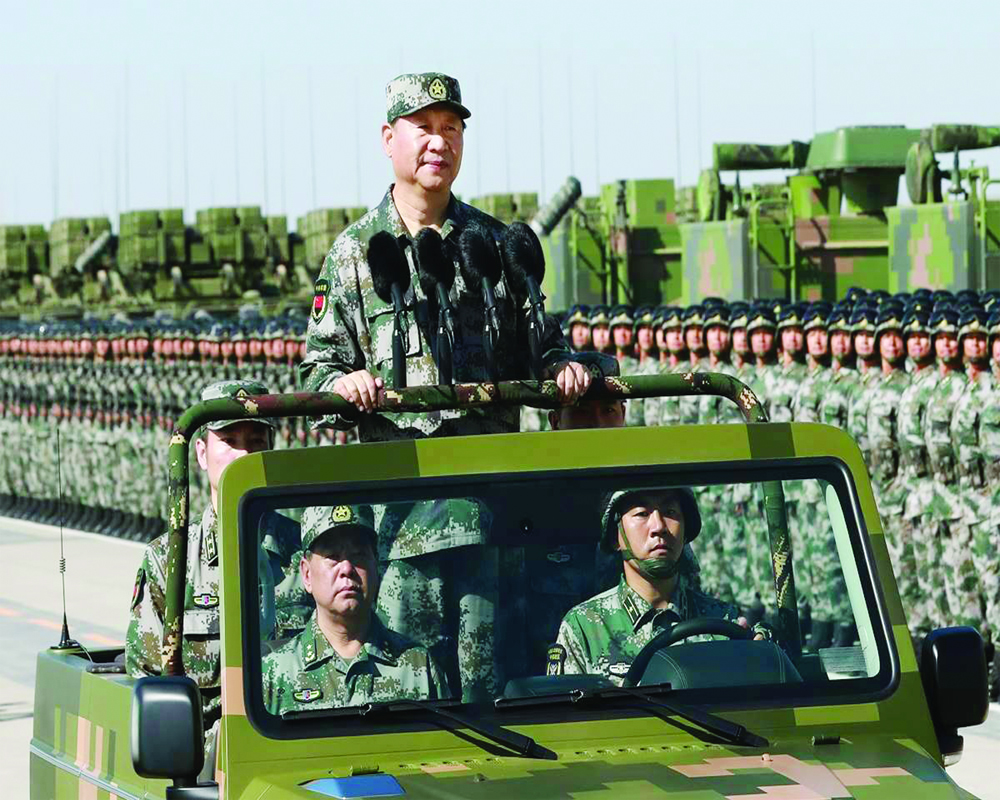 By 2049, Beijing aims to achieve a ‘great rejuvenation of the Chinese nation’ and, for this, the development of critical military infrastructure holds the key

While the Galwan valley clashes demonstrated the real intent of China, Pakistan's tendencies to hold India responsible for regional instability point to the collusive Sino-Pak threat that builds on the Indian borders. Any future Indo-Pak or an Indo-China conflict might require India to be militarily prepared on two fronts.

Both have a common pattern of hostility followed against New Delhi. Border incursions are met with a befitting response that leads to negotiations and withdrawal after a spree of high-level diplomatic and military meetings. Against this backdrop, it becomes very pertinent to gain an understanding of the overall Chinese threat to appreciate India's rapidly shifting strategy from defensive posturing to an offensive one.

The Chinese leadership since the very beginning had formed strong narratives between the behaviour of the Western powers and its humiliation that framed its foreign, security, and its economic policies. One of the most important aspects which have been underemphasized has been Beijing’s Civil-Military Integration (CMI) which is now transformed into a Military-Civil Fusion.

Begun in 1956 under Chairman Mao, it received a thrust in 1982 from Deng Xiaoping, in the process ensuring the integration of its defence and commercial technology.

Each successive leader carried on the legacy of this policy in different aspects. Jiang Zemin. for instance. emphasized on increasing the ability of PLA to “win local wars under high-tech conditions”. Hu Jintao directed the military to build an “informatized” forcefor Beijing’s “new historic missions” which would be coming under “military operations other than warfare”. Gradually, China outlined the horizons of its “core interests” under Xi that included the South China Sea and elsewhere. All these aspects have been widely covered in China’s strategic guidelines which have been diversely incorporated in its national military strategies from time to time. These initiatives direct its ‘active defence policy’.

On the home front, Beijing has made sure that its citizens cooperate with the leadership in its ‘China Dream’. For instance, in the 1990s, Jiang Zemin's ambitious program of “locating military with the civilians” envisioned the role of the military in the civilian sectors such as education and infrastructure. The Science of Military Strategy (2001) put forward the rationale of the “masses” to be used as militia to advance the Chinese interests. The document was revised in 2013 to integrate the “non-military organizations” with its military objectives. Consequently, Xi Jinping in 2016 elaborated upon the need for a “deep fusion”. Its various legislations such as its Law on Counter Espionage (2014), Law on National Security (2015), National Intelligence Law (2017), and the most recent Anti-Espionage Regulation (2021) entails the individual and collective responsibility of the people to commit themselves to its military cause at home and abroad.

These regulations also give its national security agencies access to the electronic and infrastructural facilities of not only its civilians throughout the world but also of the foreign firms and agencies working in China. It raises questions on the role of the Chinese citizens working abroad or studying on multiple fronts. The absence of sweeping powers to the security agencies in other countries such as India and the US potentially makes China very invasive and threatening.

By 2049, Beijing aims to achieve a “great rejuvenation of the Chinese nation” and given its strained relationship with the west, the development of critical military infrastructure holds the key. Concerning its military projection capabilities,it has gone much beyond the theatre of its A2/AD (Anti-Access/Area Denial — an attempt to deny an adversary's freedom of movement on the battlefield).Recent instances of the coupling of artificial intelligence in its technologically advanced weaponry such as drones (WJ-700), robots, and vehicles (Desert Wolf series) make China a potential aggressor especially in the South China Sea region and in the Indo-Pacific region.

All these advancements were the outcomes of its dedicated efforts to bypass the technological margin of superiority that the US had always had. Today, its advanced conventional weaponry has long surpassed the US in the domain of shipbuilding; conventional ballistic and cruise missiles that can be launched from the ground and integrated surface to air defence systems. China continues to technologically upgrade its precision strike weaponry. As the above developments sharpen the already existing geopolitical divisions, two important developments have been again overlooked amidst the pandemic. To counter the increasing cooperation between the Quad countries, China has first shifted from Civil-Military Integration (CMI) to a Military-Civil Fusion (MCF), andsecond, it has adopted a Dual Circulation Policy.

The MCF can turn the international law regime upside down which will have consequences for both war and peacetime. It aims to fuse the dimensions of its multi-layered growth to support its rejuvenation and the China dream. The fusion encompasses a complex intermix of China’s defence base with civilian and its industrial base. This directly means using the civilian assets for its military purposes which in the near and the long run is a clear violation of the international rules of warfare which obligates the states for a bifurcation between the civilian and the military facilities, to restrict the number of casualties in a future conflict.

Second, the building of dual-purpose infrastructure will jeopardize the security of the Indo-Pacific region. With its ‘two oceans’ strategy unveiled in 2017, China has taken a leapfrog approach to expand its military and strategic footprints. A military base in Djibouti and other infrastructure ports that are a part of its OBOR (One Belt One Road) would be integrated with a probable ‘foreign command’ that China could unveil in the coming future. The 1.5 war scenario that it has visualized in a situation of conflict with the U.S. and India might necessitate for it to have naval as well as air deployment in these bases. One shouldnot be surprised to find the announcements of the underground naval submarine bases in its ports that it will acquire, especially Gwadar and elsewhere.

The Dual Circulation Policy is important incorporation in its 14th Five Year Plan (2021-25) which is an attempt to reinvigorate its economy through an internal element (domestic consumption) and externally (increasing its international trade and economic linkages). As the pandemic and its increased hostilities have increased, it aims to safeguard its finances by increasing its domestic consumption and making itself less dependent on imports so that the trade wars do not disrupt its supply chain, especially in the manufacturing sector.

The last decade has seen China coming out with its narratives of a ‘peaceful rise’. It shifted from ‘keeping a low profile’ tactically to belittling its neighbours on multiple fronts leading the experts to confirm its hegemonic ambitions over its regional space and beyond. With proactive cooperation from its existing and new allies such as Russia, Pakistan, Myanmar, and Iran, it aims to rebuild the international order as per its ‘principles’. India’s offensive policy towards both China and Pakistan and the strategic tilt towards Quad are hence appreciable. The G7 initiative to “Build Back Better World” is also a step in the direction to gear up against China as a collective force. Today, the situation demands that Indian youth accepts China as a geopolitical competitor and stays united against this threat to support the liberal world order, failing which would be detrimental to India's core interests.

(The writer is an Assistant Professor at Central University of Punjab, Bathinda. The views expressed are personal)