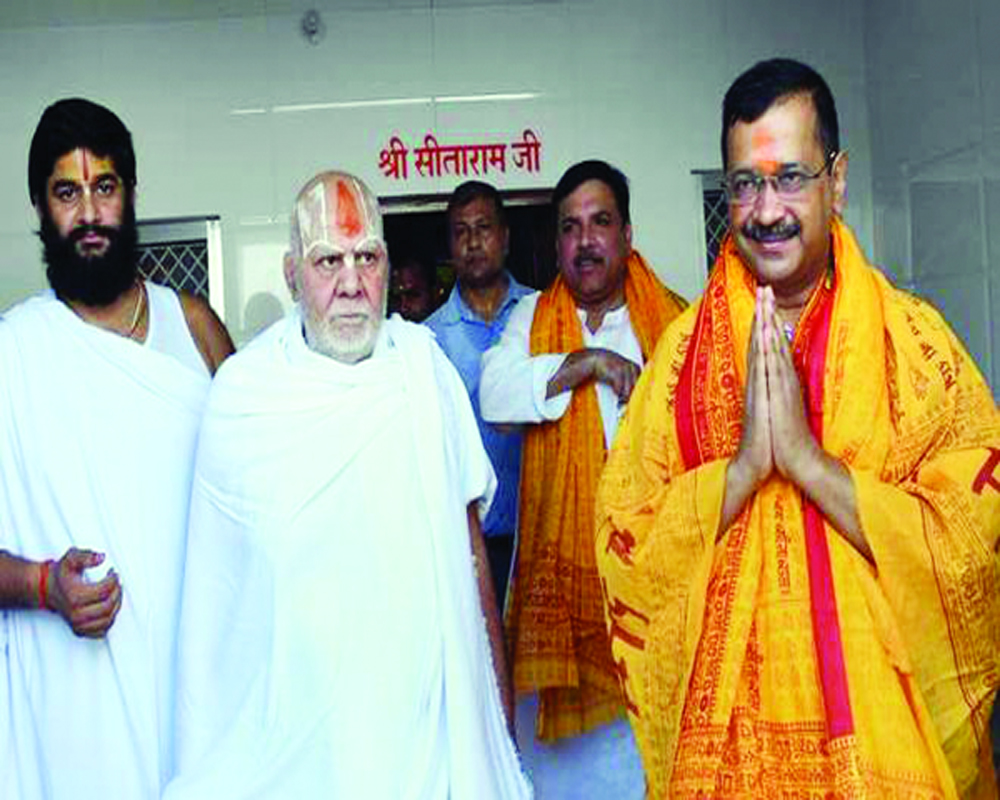 After heartily wooing the minority community, Delhi Chief Minister Arvind Kejriwal is now seeking the blessings of Lord Ram to make a mark, if not win, in the upcoming Uttar Pradesh election. A day after he visited Ayodhya for Ram Lalla darshan, the Delhi Government has added Ayodhya as one of the destinations in its popular free pilgrimage scheme, ‘Mukhya Mantri Teerth Yatra Yojana’. By doing so, Kejriwal is taking on the BJP head-on and hopes to beat it in its own game. Under the scheme, the Delhi Government bears the expenses of about 77,000 pilgrims above the age of 60 every year. This scheme was frowned upon by the seculars for playing to and abetting religious sentiments. The Ram Mandir construction and resolution of the temple dispute by the court are likely to be a major poll plank in Uttar Pradesh. Though the AAP has largely kept Hindu-related issues at an arm's distance, this move shows a paradigm shift in its strategy. Even earlier, Kejriwal has been criticised for not honouring his secular credentials. He was often called out for not doing enough in the recent Delhi riots and named the "B-team of the BJP" by his political opponents.

Though UP is still a few months away from elections, the stakes are so high that almost all parties, including the BJP, are not letting up their efforts. The AAP is enthused with its initial success in Punjab and Goa and has made forays into other States, too. Now betting big on UP, it formally kicked off its poll campaign in September this year. Right from the start, the AAP seems to be giving a clear message that it is not against the construction of the Ram temple. By doing so, it wants to reach out to the Hindu voters disgruntled with the BJP. To send a clear message to these voters, senior AAP leaders Manish Sisodia and Sanjay Singh had offered prayers at the Ram Janmabhoomi and Hanumangarhi shrines in the temple town before Kejriwal’s visit. The AAP knows well that freebies work. So along with the endorsement for the Ram temple, it is also offering 300 units of electricity free of cost to all domestic consumers and promised to waive outstanding bills of 38 lakh families in UP if it wins the Assembly election. The AAP will contest all 403 seats in UP.