Harassment of nuns must stop

Harassment of nuns must stop 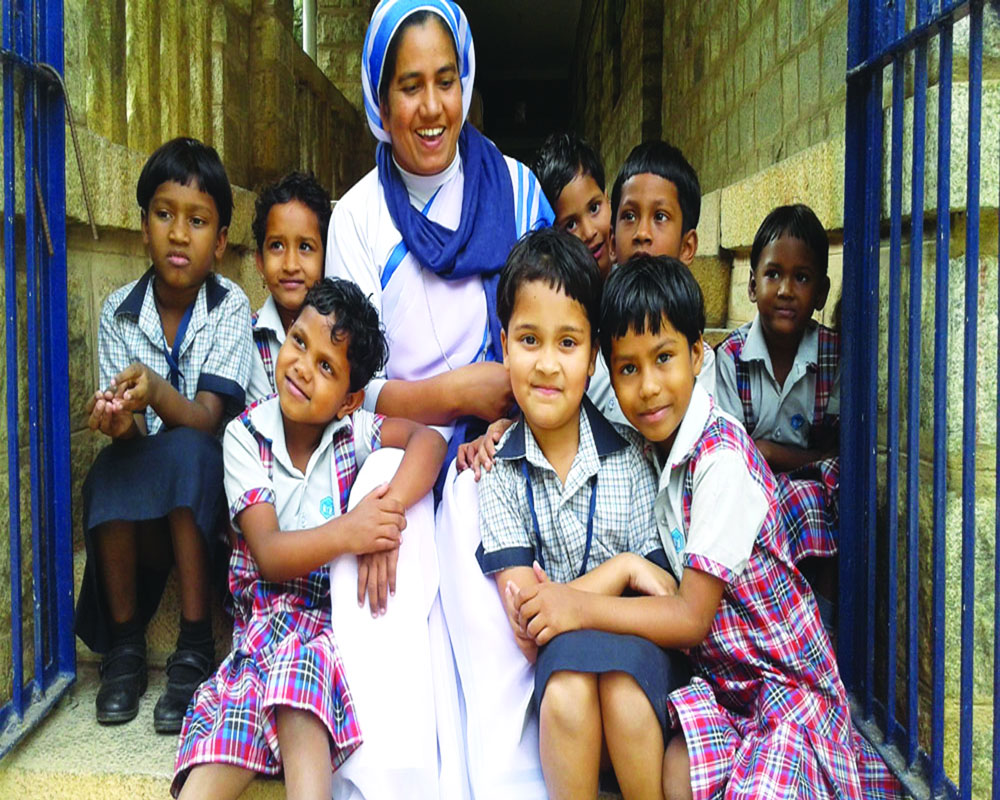 The recent incident of harassment of nuns from Kerala in Jhansi by the Right-wing goons needs to be unequivocally condemned as it brings disgrace to our country. Nuns are no ordinary women and they render great service to society, particularly in the fields of education and healthcare. Some of the best convent schools in India are run and managed by these sisters and almost everyone wants his or her daughter or other female relative to get admission in these missionary schools. Further, the hospitals they run are also par excellence.

The nuns sacrifice their whole lives in the service of society and want nothing in return for their selfless devotion. They live a disciplined life and serve people without any discrimination. They are deprived of the pleasures and happiness which most women have — a family, a husband and children. And yet many people levy all kinds of false and baseless allegations on these nuns, some of which are better left unsaid. One of the allegations that they do forcible conversions is palpably false.

When I was a lawyer, and later a judge at the Allahabad High Court, the nuns of St Mary’s Convent who run the best girls school in the town, would often come to me for help. I have always helped them pro bono. Their biggest harassment would begin a month or two before school admissions kick-starts in March as the school session started in April. Often they were harassed by the authorities and officials, who wanted to secure a seat for their daughters or other female relatives in the school.

The harassment was a way to create pressure as the seats in the prestigious school were limited and for every seat there would be at least 10 or 20 aspirants. In such a situation, a competitive test was imperative and was organised to select the candidates. However, in case any official’s daughter failed to get through the entrance test, s/he would harass the nuns and create pressure. I remember how the municipal authorities once sent a notice to the Principal, Sister Evelyn, alleging that the land on which the school stood had been illegally occupied, which of course was totally false. On another occasion, an Income Tax notice was sent by an Income Tax official whose daughter had not been able to beat the competition. Also, police officials would often harass them and since the nuns were defenceless, they had often to succumb to such pressures.

Apart from the harassment by the authorities and officials, the nuns were also faced with the goonda-type student leaders of the Allahabad University, who pressure them for giving admission to their candidates. After I became a judge of the Allahabad High Court in 1991 whenever the nuns had a problem they came to me for help and I would call the District Magistrate or other authority and tell him that the harassment must stop. The result was that the nuns started regarding me as their elder brother, and they would sometimes invite me over for tea. I still remember the excellent cakes they would themselves prepare for me.

In my opinion, the nuns are our role models and if our nation has to progress, our people must develop the spirit of service and sacrifice which the nuns have. Far from harassing them, we must give them the highest respect and learn from them.

(The writer is a former judge of the Supreme Court of India. The views expressed are personal.)