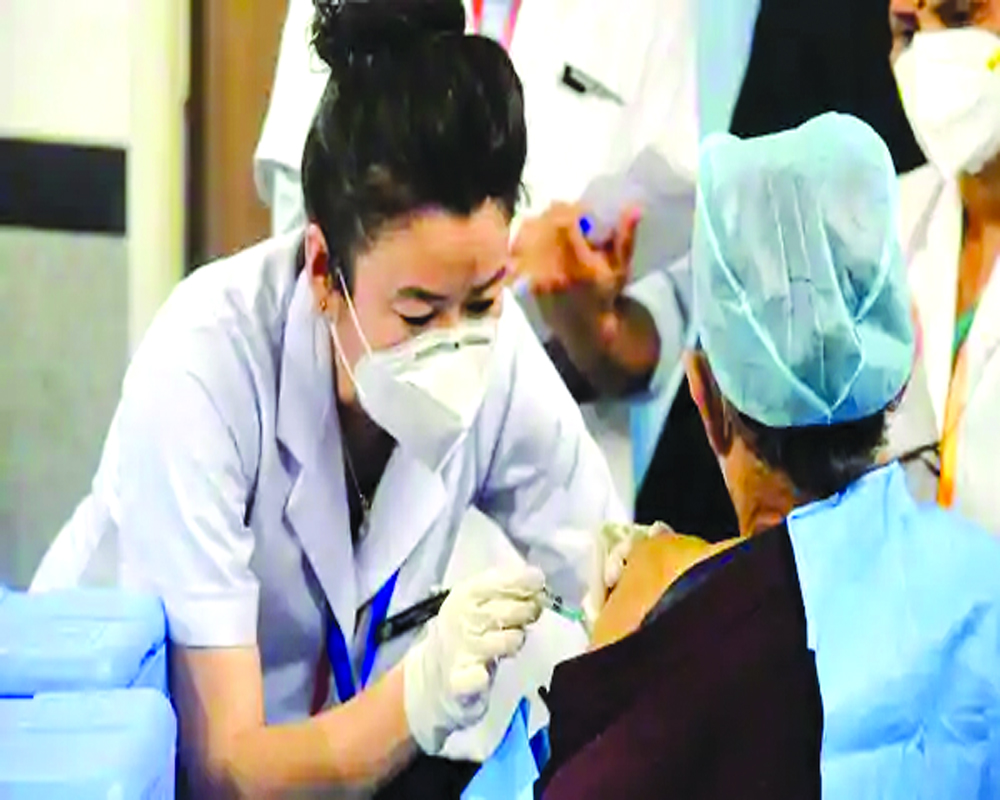 By the first week of July, the Indian Council of Medical Research would be able to confirm if the vaccines currently available in India — Covishield and Covaxin — are effective against the latest Variant of Concern, the Delta Plus mutation of COVID-19. The institute has already isolated and cultured this variant and is testing it under laboratory conditions for vaccine efficacy. The ICMR is asking the States, where the Delta Plus cases have been reported, to send samples of the positive cases for genome sequencing. Investigations are also on into the new variant’s clinical co-relation which will reveal how virulent it can be. The new variant is more easily transmissible than the previous variants. It binds itself to lung cells fast and can resist antibodies infused intravenously to neutralise the virus. The scientists are drawing inspiration from the lone case of an old woman testing positive for Delta Plus in Bikaner, Rajasthan. The asymptomatic patient tested positive even after being vaccinated but has fully recovered. That gives some clues about the variant’s virulence as well as the efficacy of the vaccine, virologists say. However, the Government need not wait for all the answers before initiating its public response. Over 50 Delta Plus cases have surfaced in 11 States so far, with Maharashtra, Tamil Nadu, and Madhya Pradesh being the top three in the list.

The unlock process has to slow down in these States. The movement of people needs to be restricted, the assembly of crowds in markets banned and masking strictly enforced. The Union Government has rightly asked these States to increase testing and tracing and genome sequencing. However, the urgent need is to prevent the variant from spreading further than it already has. That is possible through localised containment with a ban on people’s movement in those zones. That is not to say that the rest of the States can freely unlock. The second wave has not yet fully subsided in the country. Over 167 districts in India are still reporting positive cases. The prevalence rate is over 10 per cent in 75 of them. The proportion of COVID-19 cases with Variants of Concern has actually risen from 10.31 per cent in May to 51 per cent in June 20. The Russian representative in the World Health Organisation, Melita Vujnovic, has been quoted as saying that the unpredictability of the Delta Plus variant makes it mandatory for vaccinating the population and reach herd immunity as fast as possible. Vaccination has picked up speed in the States but there is ambiguity about vaccine availability. The Centre has informed the Supreme Court that of 188 crore doses required, 51 crore doses would be available by July 31. There is no clarity about the remaining doses. In May, the Government said 216 crore doses would be available between August and December. In a subsequent affidavit, it reduced that figure to 135 crore doses.