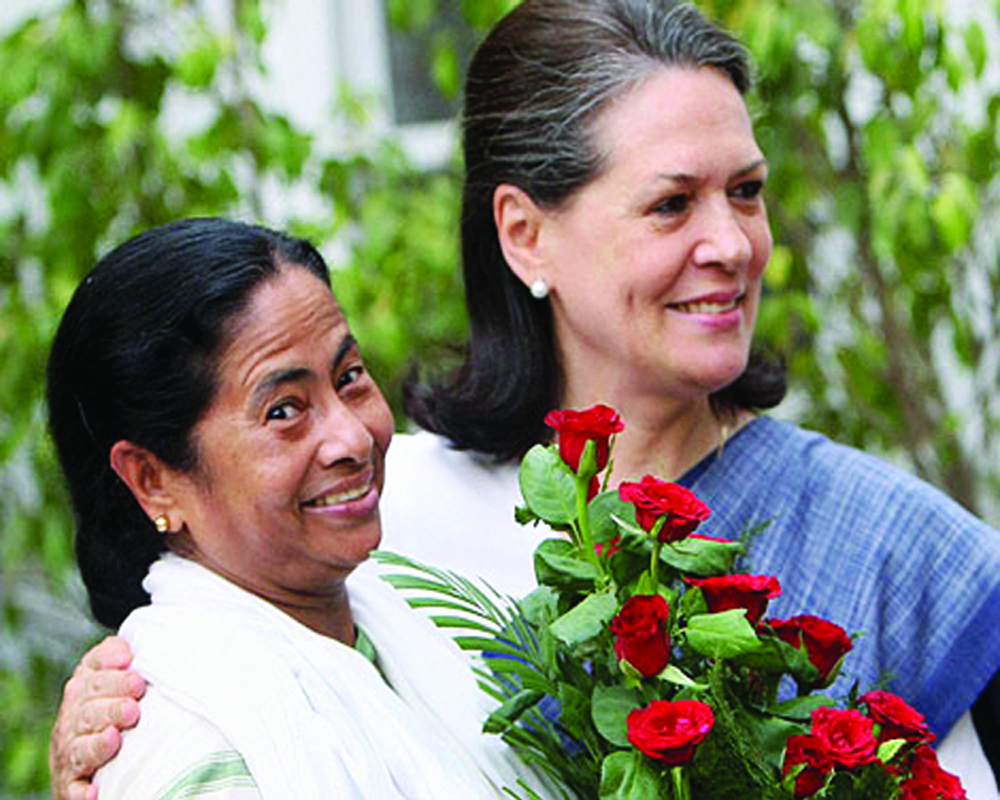 Can Mamata's win spur the Opposition into unity? More importantly, will the Congress be the nucleus?

The resounding victory of Mamata Banerjee against the BJP’s concerted effort to wrest power in West Bengal has allowed the languid Opposition to dream afresh of an anti-BJP alliance well in time for 2024. Such buoyed spirits were seen in the past, too, but the current one stands out. One, the West Bengal victory following the never-seen-before hype created by Prime Minister Narendra Modi and Home Minister Amit Shah left a strong message in its wake. Two, the satraps hailed Mamata, but of greater import was a congratulatory tweet by JD(U) parliamentary board chairman Upendra Kushwaha about Mamata breaching the BJP’s “chakravyuh” (a circular, military formation). The tweet by the BJP’s ruling ally in Bihar caused its own ripples and raised eyebrows. Three, Shiv Sena’s Sanjay Raut took the narrative forward not only by asserting that the shrivelling Congress continued to be the “soul” of any Opposition alliance, but also by presenting Maharashtra’s Maha Vikas Aghadi as a model of a political alliance against the BJP at the national level. The positive reception to Mamata’s victory in the Opposition-ruled States will not automatically lead to a common national front; it merely points to such a possibility. There are many pre-conditions to be met first: The next round of Assembly elections in Uttar Pradesh, for example. Can the SP and the BSP reach an electoral understanding? Will the Left, AAP and even the Trinamool Congress allow a straight fight between the Congress and the Akali Dal and/or the BJP in Punjab? Both States will test the Opposition’s resolve, while the UP result will be the clincher.

The regional leaders are coming to terms with their shared problems of one-upmanship, a Congress snapping at their heels and a BJP trying to poach their brood. Will the prospect of a united fight against the BJP prompt them to adopt the jointly-at-the-Centre-and-severally-in-States formula of decentralised unity? One way to find out is for them to overcome the COVID-19 challenge by opening two-way communication channels among themselves. The Congress cannot automatically stake claim to be the “soul” just because its leadership may favour a default principle that the index of Opposition unity will work in its favour and it can seek the top post by getting most seats in the Opposition camp. It has shown maturity to be the junior-most partner in Maharashtra. It may believe that the satrap’s inability to leave their States for a national role for fear of political backstabbing will leave the Congress as a default alternative. The MVA model has worked because the Shiv Sena, NCP and the Congress were compelled to bury their differences. Noticeably, the Sena did not interfere with the Anil Deshmukh case and left it to the NCP to sort it out. Also, all the partners fared reasonably well in the State elections without having to be a drag on the alliance. The question therefore is: Should the Opposition search for a leader first or an alliance? To date, six Prime Ministers have come from the Congress and an equal number from the formerly Congress but non-BJP fold. Who can break the tie?