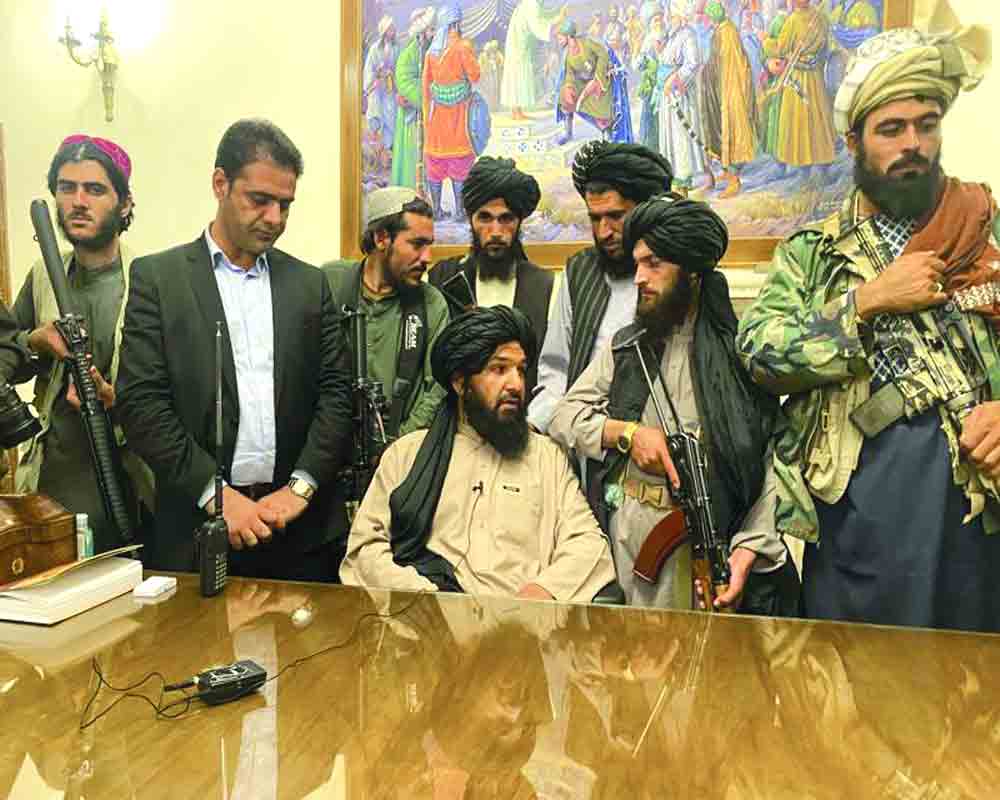 The story of how the US, India and Afghanistan were left out completely and the fulcrum shifted towards China and its allies — Russia, Pakistan and Iran

The Taliban takeover is the first step in the establishment of an alternative world order devoid of any international law. As the US exits its 'forever-war' phase, many are still bewildered about the how Taliban managed to become an important "stakeholder" in the region. Today Pakistan is going to be the first country to recognize the terror reign. It will be soon followed by China and other powers hostile to the West. Expansionism has thus joined terrorism. There is a possibility that when the West was focused on the talks, the Taliban was using the talks platform to gain political recognition. It was simultaneously rearmed by others. Move a few steps back and the contours of the entangled geo-politics emerge.

Taliban's quest for diplomatic and political recognition can be traced back to the year 2007 when it established a political commission to reach out to the world, especially the US. The fundamental objective that the Taliban had in mind was to project itself as a "political movement" instead of a terrorist organisation. Later, the opening of their first overseas office in Dohain 2013 gave them defacto recognition as it was visited by diplomats from different countries. The talks were unsuccessful and the office was shut down. However, it gained the Taliban a "diplomatic" voice for itself and the much-required political space.The international community had started differentiating between Taliban, Al-Qaida, and ISIS, something which India had always disapproved of and had time and again appealed for "zero tolerance" against terrorism.

In early 2014-15, major powers and Taliban converged to finish off ISIS. The Iranian Government allowed the Taliban to open its office in Mashhad. This convergence also led to the US-Iran nuclear deal of 2015. The USthrough Iran engaged with the Taliban indirectly to fight ISIS. Iranian military commander Qasem Soleimani played an important role in helping the US to fight ISIS. In a way or the other, the US "outsourced" the fight, a development that was covered in the Washington Post.

The Russian interests too coincided against ISIS. This motivated powers such as Russia and China to engage the Taliban and treat it as an important stakeholder. Dealing with the regional and extra-regional powers by using back channels was a moment of a tactical and strategic victory for the Taliban.This was also the time when the re-arming of the Taliban was initiated by Iran and Russia. For instance, Tehran's military aid to the Taliban included light arms, rifle-propelled grenades, and even military training. Pakistan's military support to Taliban is already well established. The joint resistance against ISIS thus paved the way for the Taliban. Two objectives of the Taliban were fulfilled. First, a sneak into the stakeholders' club, and second, how it regained a stronghold in Afghanistan which then gave wings to its old aspirations of forming an Islamic Emirate.

China had initiated its OBOR in2013 and stretched its economic presence to South, Central, and West Asia apart from Africa. It also made tactical inroads in the region through its small arms supplies and supporting the undemocratic and tyrannical governments across all these regions. China thus adopted a policy of a "shadow boxer" wherein it loosely cooperated with countries who are inimical to the US in their sub-regions. It also strengthened its strategic, military, and economic relations with Russia as well as Pakistan. The lucrativeness of Iran to both Russia and China is thus well-founded. The sharp polarisations became evident in 2016 at the sixth Heart of Asia (HoA) conference held at Amritsar. India and Afghanistan,despite attempts to highlight Pakistan's role in the terror network,were brutally side-lined when Islamabad received diplomatic appreciation from Russia.

Simultaneously, the Sino-Pak nexus supported the armed insurgencies in Afghanistan through the Haqqani and Hekmatyar networks while also offering their good offices to broker a deal between Kabul and the Taliban. Such a deal at that particular point of time meant initiating some sort of legitimacy for the Taliban.The Afghan peace process was a fertile ground to sow the seeds of China-Russia-Pakistan and Iran's cooperation. The first meeting of the Quadrilateral Coordination Group (QCG) on the Afghan Peace and reconciliation process was held in Islamabad in January 2016. Through this platform, Pakistan was successfulin bringing both US and China to the same table. This ensured that whatever decision would be taken would be in Pakistan's favour; and projection of its strategic utility to the US, Russia, and other European powers would be a bonus.

As Beijing continued to influence Moscow, new tripartite talks between China, Pakistan, and Russia were held for the first time in December 2016 wherein Moscow decided to work on "working group on Afghanistan". India and Afghanistan were again let down in this geo-politics. It set the stage for an emerging Pakistan-China-Russia alliance. Overtime, as the fundamentalists from Syria and Iraq moved towards Afghanistan, Moscow and Beijing further enhanced their cooperation with the Taliban. This also downplayed the US-led Mission in Afghanistan. For these reasons, the Haqqani network and its proxies played an important role.

Upon India and Afghanistan voicing their concerns, the talks were converted to six-party talks in 2017 but both had little influence.The pressure of Russia, Pakistan,and China made the Afghan government talk on unconditional terms with the Taliban in 2018 and it was compelled to recognize it as a political party. India despite its divergences with Afghanistan on the issue continued its humanitarian support and its developmental projects.

By this time, a Sino-Russo entente had taken shape, and U.S. withdrew from the JCPOA in May 2018. Iran had encouraged the relations between Russia and the Taliban. Further, the ex-Taliban dissidents who joined ISIS posed a common threat to both Moscow and Tehran. This resulted in the US, India, and Afghanistan being left out completely and the shift of the fulcrum towards China and its allies -- Russia, Pakistan, and Iran. Taliban by this time was recognized as an important stakeholder and had started negotiating over issues such as terrorism, drugtrafficking, and the rights of women projecting their "sovereign" claims over Afghanistan. They went to the extent of declaring non-recognition of the Afghan delegation. Further, Iran embraced the OBOR and the geostrategic landscape of South and Central Asia completely changed. Expansionism had thus joined terrorism.

Having realized the encirclement, the US struck a "peace deal" with the Taliban, of course, with certain obligations on the latter's part such as peaceful return, the safety of women and the children, etc., and obligated itself for a September-2021 departure. The environment became too hostile for the US and thus resulted in an early exit. In all these circumstances, there are no complete victories or defeats. China readies itself to be in a creditor's trap in both Pakistan and Afghanistan. For India too, the challenges are immense and India displayed its character by doing all that it could do on humanitarian grounds -- from building parliament to Libraries, dams and providing scholarships to the Afghan students.