Hypocrisy is very much alive and well

Hypocrisy is very much alive and well 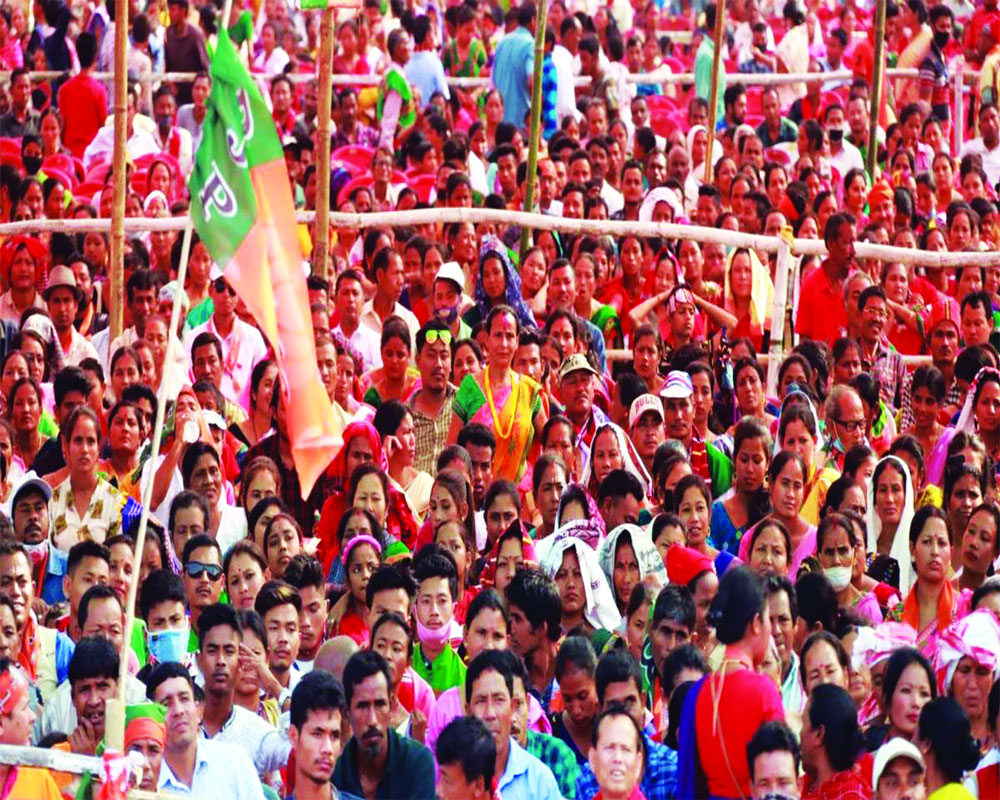 In all spheres of life around us, every day we see leaders indulging in acts of abject pretence and insincerity

Having been slaves for the better part of a millennia, we tend to have a heightened instinct for survival that is best reflected in our hypocritical behaviour. It is no surprise then that, by and large, our adherence to principles, rules and regulations is inversely proportional to the impact that they might have on our lives, preferring them to be applicable only to others and not us.

Take Prime Minister Narendra Modi’s attitude towards the alarming spike in COVID cases. He is unable to see the dichotomy of, on the one hand, publicly berating State Governments and citizens for not adhering to basic precautions, while simultaneously rushing off to address election rallies. Rallies that are conducted with tens of thousands of attendees without masks, packed together like sardines.

The truth is that not just him or his associates are being hypocritical but other politicians as well, regardless of party affiliations. All those associated with the ongoing State elections are guilty of such irresponsible behaviour. This nonsensical behaviour has been aggravated by the utter lack of political will on the part of leaders across the country in their refusal to stop religious and cultural events, be it events like Holi or the Kumbh.

Their fear that they would be held responsible if they curtailed mass gatherings is not difficult to understand because, in their view, their career and reputation as politicians are at stake. Sadly, while they may well be, or become, renowned politicians, one thing they will never ever be is leaders. That requires the backbone to take difficult decisions, sometimes at great personal cost, when the occasion so demands.

Obviously, the most affected are not just those attending such gatherings, who may be there “voluntarily”, but public servants compulsorily co-opted for duties such as crowd control and security, who are now falling victim to the virus. They and their families are in effect being sacrificed on the altar of greed and personal aggrandisement. Undoubtedly, it also reflects poorly on the intellectual, administrative and professional abilities of the Election Commission which can come up with no better method to conduct elections other than stretching them to eternity.

Of course, politicians and Government officials are the easiest to point fingers at, but others too are as much to blame for the hypocrisy that abounds. The Supreme Court, for example, has recently pointed to the delay in giving women permanent commissions in the military, blaming it on systemic bias within the Ministry of Defence. While there certainly is some truth in what it says, it is a complicated issue, especially the impact of women in combat roles. More importantly, the military’s only job is to win wars and keep us safe and it is by no means an equal opportunity employer.

While the Supreme Court’s emphasis on gender issues is to be applauded, it would truly have credibility and value if its own actions were consistent in this regard. By some accounts, there are only two women judges among the 34 that constitute the Supreme Court and it has had only eight women judges since its inception.

Even the military has not been able to avoid this pernicious trend and its leadership seems to have lost its way in this regard. By stating that China has not occupied our territory in Eastern Ladakh, despite knowing it well that we can no longer patrol areas up to our claim lines, the Army chief has lowered his image and credibility. In addition, he has caused grievous damage to the Services’ reputation.

The reason for where we are today is not very difficult to diagnose. Interestingly, in 1893, Swami Vivekananda while addressing the first World’s Parliament of Religions meeting at Chicago said: “I am proud to belong to a religion which has taught the world both tolerance and universal acceptance. We believe not only in universal toleration, but we accept all religions as true. I am proud to belong to a nation which has sheltered the persecuted and the refugees of all religions and all nations of the earth.”

Despite the fact that Modi sees himself as a devoted follower of the Swami, he has never let compassion or empathy get in the way of realpolitik. For all intents and purposes, we are now involved in an intense zero sum game where the winner takes all and losers are shown the door; where only the ends matter, not the means. What he and those who follow him have yet to realise is that all this can only get you so far and at the end of the day you have no choice but to pay the piper.