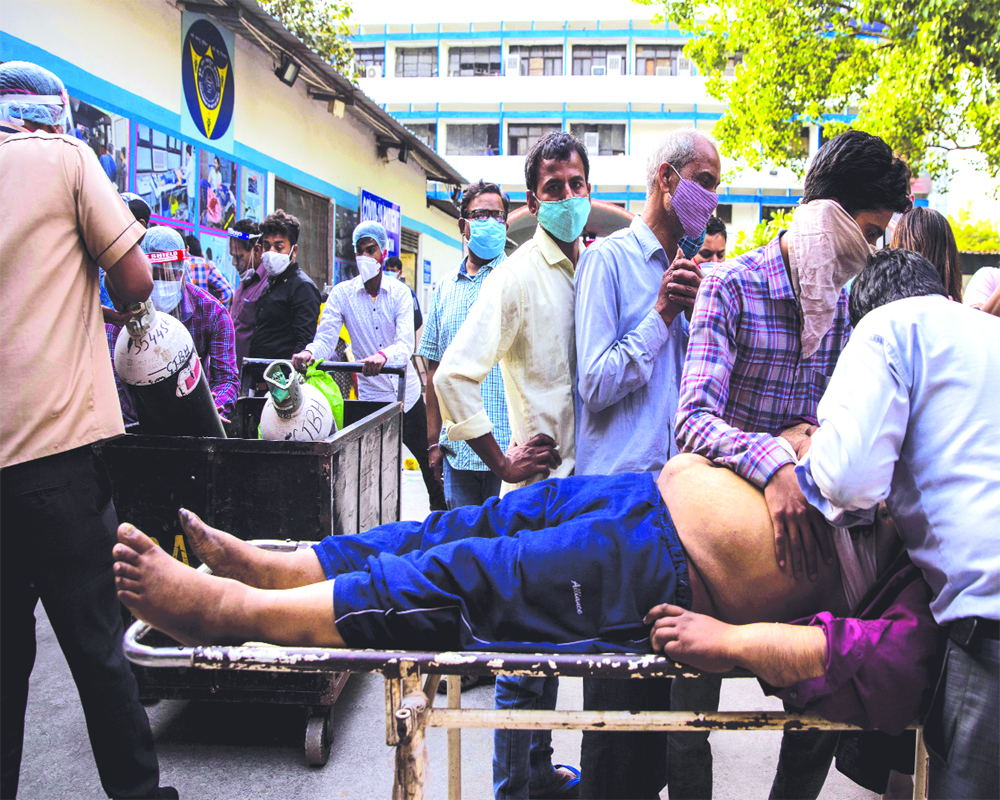 We were wilfully unprepared for this tsunami of an outbreak of COVID-19, though the telltale marks were all in plain sight

Anybody who has seen videos of the horrific 2004 tsunami that killed an estimated quarter of a million people, and there are several of these on YouTube, might have noticed in some videos that as much as 10-15 minutes before the tsunami actually hit the shore, water had started withdrawing from the beach. The students of middle-school geography will remember that it is taught as a classic warning sign of an impending tsunami; and we are actually taught at a very early age that one needs to find higher ground in such a situation. This lesson is redoubled in many coastal areas. Maybe some people did seek shelter when they noticed this, many did not. Yes, the tsunami might have gotten many of those who escaped anyway; it was so devastating that running away could do only so much. But even if it saved a few lives, the lessons in school would have been worth it.

That was a real tsunami, what we have in India right now is not a second wave of COVID-19 infections. We have an overwhelming tsunami of COVID-19 infections and, in Delhi and in many other cities across India, the healthcare system is overwhelmed. We know that at least 3,500 people are dying every day, at least in official statistics. India is inching up to 2,50,000 deaths and almost every family in Delhi at least knows either a loved one or a close friend who has died from the Coronavirus Tsunami. While the authorities now struggle with managing the situation, we have to start taking into account as to why we all ignored the warning signs.

And these were there. These were there for all of us to see and read about in the news. We knew there was a deadly new British variant doing the rounds; we knew that there was a new “double mutant” variant. Even with limited testing, we knew that there were hotspots emerging in and around Mumbai and Pune. But instead of herding people to a higher ground and safety, like we should have if this were a real tsunami, we were mesmerised and walked into the exposed seafloor, trying to pick up coral and seashells. We travelled to Goa, crowded planes and airports and instead of managing travel from hotspots like the United Kingdom, or even domestic travel, we “celebrated” the rising numbers of air passengers through tweets. Instead of restricting air travel, either within India, from India or into India, we allowed hundreds of people to come in likely carrying new and exotic variants of the virus. The world, however, is scared of the new variants emerging from India and has pretty much closed its doors to India.

Some of us had read about the sudden rise in cases in Brazil, starting with the Amazonian city of Manaus and spreading across that South American country, and wondered whether India too could see such a tremendously debilitating tsunami of cases. Instead, we were told stories of Indian exceptionalism, how India had beaten back the virus and taking a cue from our leaders, across fields from politics to sports, we all let our guard down. Instead of understanding why India was spared the “full” impact of the original Coronavirus, we rolled out a gradual vaccine programme and indeed made a song and dance about exporting millions of vaccines abroad. Nothing against India’s generosity to the world, but maybe here following a more selfish American philosophy might have ensured that more people in India were vaccinated and the death toll from this outbreak might have been less.

Yes, a large majority of those who have died were elderly and had led full lives, and while many of them might have died in this tsunami also, the issue is that a large number of people who died need not have died had the arrangements for more beds and oxygen been made earlier. Yes, the system might still have been overwhelmed, meaning that those who caught the disease early benefited from more resources but if the special COVID-19 hospitals in Delhi and Mumbai had been established a week earlier, if a proper logistical programme had been thought out for oxygen transport a month earlier, many lives might have been saved. The Government is going around tom-tomming India’s “low” COVID-19 Fatality Rate; in fact, with a bit of planning and organisation, it could have been lower still.

The fact of the matter is that we saw the warning signs but chose to ignore these; we all bought into the story of Indian exceptionalism. We blithely chose to ignore what was happening elsewhere in the world and believed that once we all start getting vaccinated, things will get even better. We went ahead and planned for massive religious functions like the Mahakumbh, we had parties on Holi and we put ourselves at risk. We ignored the warning signs, even though these were in plain sight for all of us to see. No wonder, now we find ourselves drowning in a tsunami.