Import duty cutback on Tesla is no good

Import duty cutback on Tesla is no good 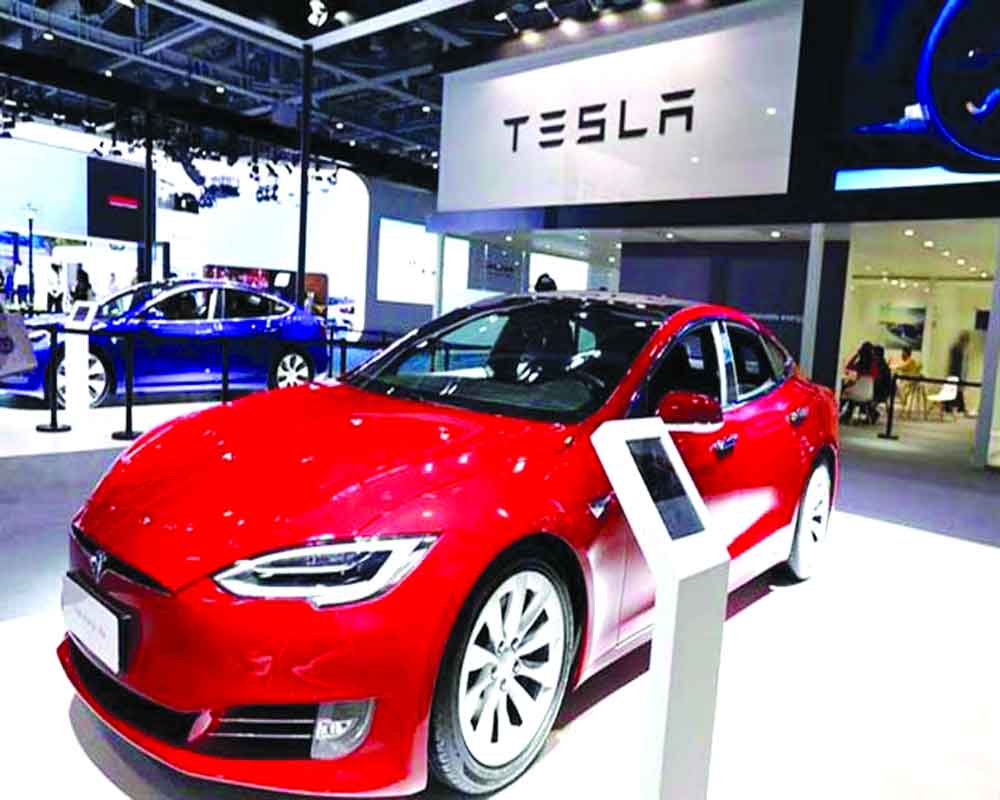 Lower duties on EVs will incentivise companies to merely import from foreign markets and sell in India, and that does not add value to the Indian economy

From newspaper reports it is being learnt that several ministries of the government have supported Tesla’s proposal to lower import tariffs. Today, the Indian automobile industry is worth Rs 8.2 lakh crore. Nearly 49 percent of manufacturing GDP comes from this sector, which constitutes 7.1 percent of overall GDP. The sector provides direct and indirect employment to nearly 3.7 crore people. It exports nearly $27 billion worth of automobile products in different segments. It provides 15 percent of the total GST collected, apart from catering to the needs of the country with regard to vehicles of different types and in different segments. Along with this,a substantial auto components manufacturing sector has simultaneously developed, with significant production, employment and exports.

Today, electric vehicles account for less than one percent of the annual car sales. The Government of India has been giving a big push to the manufacturing of electric vehicles (EVs) in the country aiming to reduce dependence on the imported fossil fuels and to reduce carbon foot prints. To achieve this objective of manufacturing EVs, import duty on EV parts and components, batteries, etc., is kept between 10 and 15 percent, which is much less than import duty on components for conventional automobiles. Using this duty concession, the established Indian companies and start-ups have started creating local value additions in the country. Efforts are also being made towards long-term localisation program.

Looking at the push given by the government to EVs, it seems that India will soon be able to start meeting domestic requirements of these vehicles. If the past is any guide, we understand that protection given to the domestic automobile sector has been the key to the development of this sector, which today is not only meeting the domestic requirements, but is also exporting automobiles to the rest of the world. It is also successfully procuring most of the components from within the country. It is notable that the Indian auto components Industry is also worth Rs 3.95 lakh crore. The Indian auto component turnover constitutes 2.3 per cent of GDP and provides employment to five million people and exports to the tune of $15-16 billion or Rs 1.06 lakh crore.

India’s luxury car market is relatively very small. In the year 2019-20, the total number of luxury cars sold was 40,637, which was down to 19700 during the Covid-hit 2020-21. This is because a very small section of the population can afford these luxury cars beyond rupees Rs 15 lakh or, say, $20,000. And a very miniscule segment of the population can afford to buy cars beyond Rs 30 lakh. If duty concession is given to Tesla, those who can afford will obviously buy imported Tesla electric cars and there will hardly be anyincentive for the company to establish a manufacturing facility in India; and the country would be deprived of capacity creation in EVs.

India has launched a flagship Production Linked Incentive (PLI) scheme to give a boost to domestic production of goods for which, so far, the country is dependent on foreign nations. Thirteen sectors have been included in this scheme. Prior to this, the phased manufacturing programme (PMP) was launched. It is a known fact that in telecom and IT hardware sectors, Indians lost the opportunity to become a manufacturing hub due to faulty policies of lowering of tariffs, and dumping by China and other countries. Thanks to PMP earlier and now PLI scheme, this sector has started showing some gains in domestic manufacturing.

If we reduce tariff on fully-assembled electric cars and cars of other companies, say, Volkswagen — who have also started staking claim for lower tariffs on their cars — would we not be committing the same mistake of the past and miss the bus in manufacturing and technology development of electric vehicles, which we are looking forward to?

First, any reduction in custom duty on EVs will incentivise companies to merely import from the foreign markets and sell in the Indian market. This will not help in any value addition to the economy and such a move would jeopardise India’s efforts to increase domestic manufacturing.

Secondly, domestic automobile companies and start-ups are consistently investing in R&D and product development and contributing to the growth of the sustainable economy. Rather than creating a disturbing policy atmosphere of favouring imports of electric cars, it would be appropriate to support and leverage the local component ecosystem by long-term policy of the central and State Governments.

Thirdly, Ola company backed by venture capitalists has launched its first electric scooter, with more than one lakh bookings on a single day. Ola and other two-wheeler(Original Equipment Manufacturers) OEMs are on the verge of setting upstate-of-the-art manufacturing plants. Any tariff reduction for Tesla will discourage future endeavours in this direction.

Fourthly, we should not also forget that Tesla’s business model company does not give any opportunity to the domestic auto components manufacturers.

In the words of Elon Musk, “We have a massive amount of internal manufacturing technology that we built ourselves.... It’s like okay, what are the things we want to make, design a machine that will make that thing, then we make the machine.” Firstly, we do not need lowering of tariffs on assembled cars; we rather need leveraging fiscal and non-fiscal support for EVs. Lowering GST, registration fee, permit fee, road tax, PLI, tightening of regulations to motivate shift to EVs are some such measures.

Secondly, rather than discouraging investment in Research and Development by allowing direct imports of EVs, we should create an environment to increase investment in R&D. If we allow Tesla Cars to be imported with tariff reduction, we would be hampering the development of the EV ecosystem.

Thirdly, we must leverage the fastest growing unified market in the world to our advantage of long-term technology building in and by Indian companies. There is a larger opportunity and value capture in developing not-yet-mature technologies such as EVs. For example, we could have been leaders in mobile phones if we had developed our capabilities in India for mobile phones in the early 2000s. We require this technological foundation to cater to global markets in the future, and increase the exports by the automobile sector to record highs; and in any case not reduce import duty on Tesla cars.