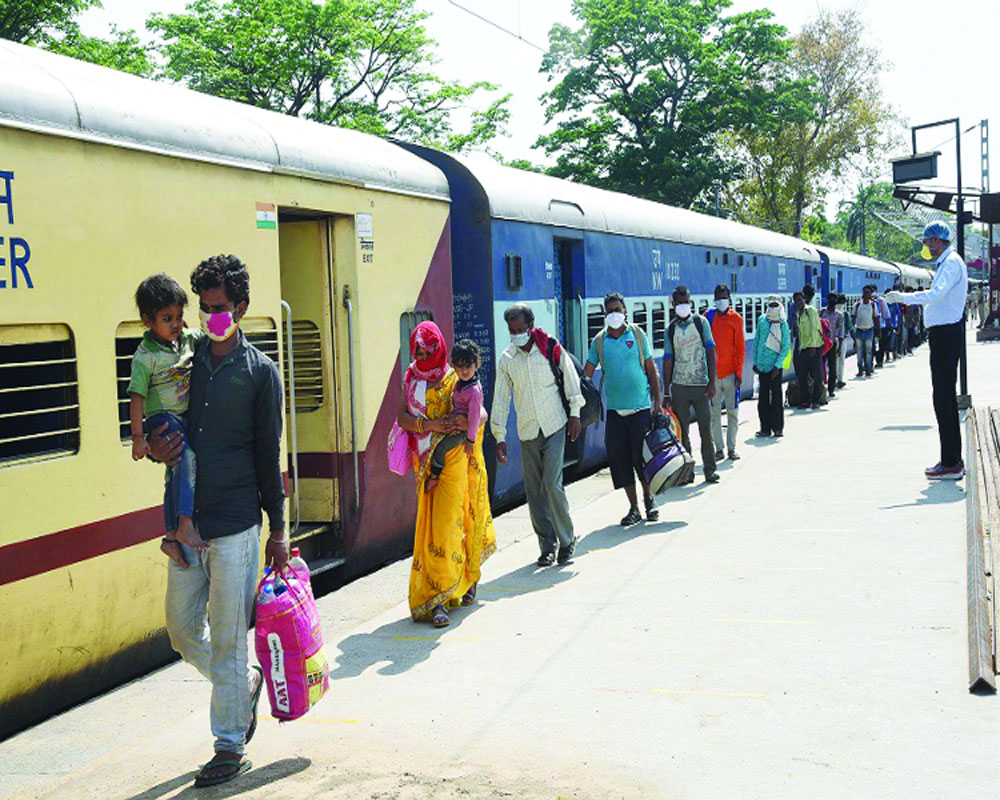 Roughly around this time last year, millions of migrant workers and their families — with their young ones and meagre belongings on their heads and shoulders — started a long, weary walk back to their native places after the Government clamped a nationwide lockdown to contain the spread of the COVID-19 virus. As the industries shut operations, they were forced to go back because they couldn’t afford to pay for food and relatively higher rent in the cities, especially in the absence of any regular inflow of income. Their trudge was made more tragic as several of them died on their journey back owing to fatigue by walking under the scorching sun since all forms of public transport had also been ordered off the roads. To this day, a significant percentage of these hired hands has not rejoined their workplace, either because the industries they worked in haven’t yet become fully operational or they are still scared and scarred by last year’s sudden clampdown that brought the wheels of their already-mundane life to a grinding halt. Worse, the few who had dared to venture back to the big cities for want of employment opportunities in the hinterland, are again rushing back as local curbs and night curfews in several States have again spawned in them the fears of a total shutdown.

The bitter experience of the abrupt March 2020 lockdown has undeniably played a huge part in their decision to return quickly to their native places before any restrictions on travel are announced. Now, since migrant workers play a key role in the manufacturing sector, their hasty departure has dealt a severe blow to the small and medium industry owners who are yet to level their losses accrued from the shutdown that extended across most of last year. The trend is worrisome also because a second reverse migration would likely result in surplus labour in the rural areas while creating manpower scarcity in the urban and industrial centres. The logical conclusion would be a depressed demand, more people pushed into poverty and an increase in the rate of unemployment. A hint of confirmation of this trend has come with the announcement of the Central Railway to run special trains from Mumbai — which is among the worst hit regions — to places where a significant number of migrant labourers in the nation’s financial capital come from, including Gorakhpur, Patna, Darbhanga and Danapur.