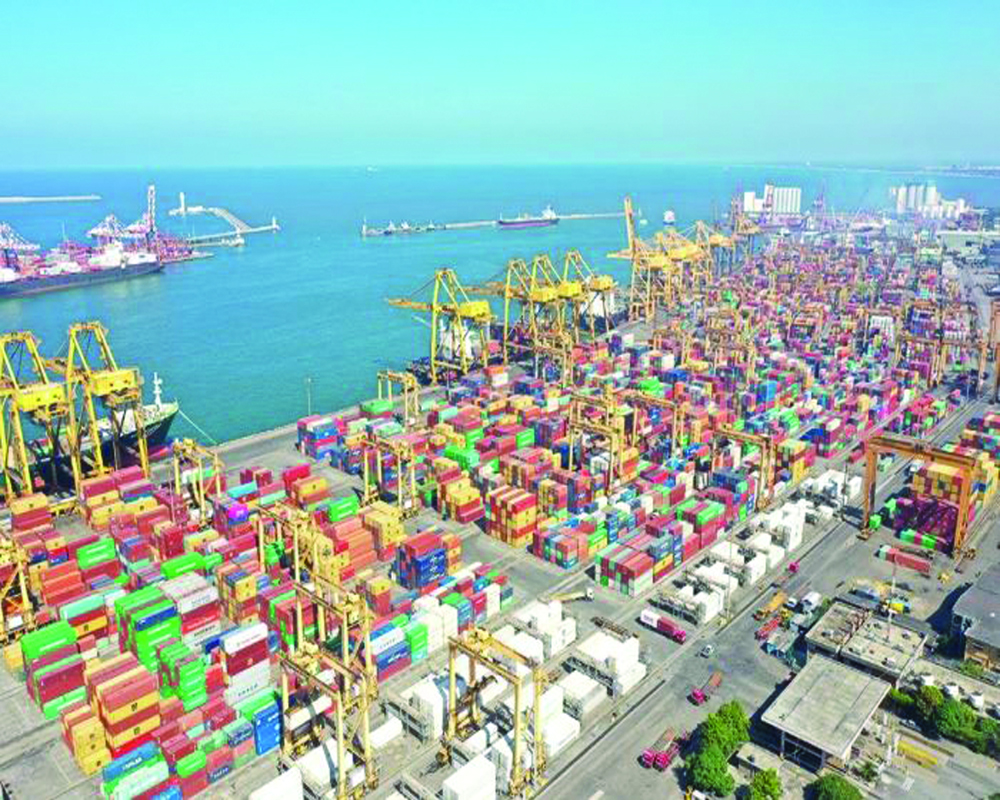 Sri Lanka is going through a rough patch: COVID pandemic lows, national food emergency and fertiliser hiccups amid a foreign exchange crisis. A spat with China, its main benefactor, over fertiliser quality came just as India began casting its anchor in Sri Lanka’s ports investment after losing out on the Eastern Container Terminal (ECT) in Colombo Port and facing opposition on its lease of oil tank farms in Trincomalee harbour. On Monday, President Gotabaya Rajapaksa prorogued Parliament till January 18, and suddenly left for Singapore for a health check-up.

Earlier, he had declared a national food emergency to check soaring food prices and prevent hoarding of essentials at a time when tea and garment industries were hit by the pandemic. The economy has also been affected due to low receipts from tourism and remittances, two main foreign exchange earners. Finance Minister Basil Rajapaksa said that deteriorating reserves position has prompted the S&P Global Ratings to cut Sri Lanka’s October ratings outlook to negative. He called the outlook “gloomy”. It triggered doubts that Colombo will not be able to service its $1.5 bn debt due next year as well as speculation that it may have to go to the IMF for help. Basil Rajapaksa was in India last month and India promised a financial package; of course, whether it staves off a sovereign default when bond repayments are due in Q122 remains to be seen.

For India, the silver lining in the clouds is the recent visits of Foreign Secretary Harsh Vardhan Shringla and Army Chief MM Naravane and opening of Kushinagar airport for Buddhist tourism where Namal Rajapaksa (PM’s son) was the chief guest. The meeting between President Rajapaksa and Adani Group chairman Gautam Adani materialised days after his company inked a deal with Sri Lanka Port Authority and Sri Lankan company John Keells to develop the Western Container Terminal (WCT) on BOT (Build Own Transfer) basis. The $700mn WCT deal will be the largest foreign investment ever in Sri Lanka’s ports sector. The trilateral venture will give Adanis a 51 per cent share while Keells and the SLPA will obtain 34 per cent and 15 per cent, respectively.

In 2019, the contract to build the ECT awarded to India, Japan and the SLPA was unilaterally dropped by Colombo due to pressure from trade unions and probably China, too. It was a jolt to India’s standing and image. The WCT is right next to the China International Container Terminal (CICT) and will provide a valuable vantage point for India inside a facility developed by China. The WCT is the biggest of the three terminals and can accommodate the biggest container cargo ships. Sixty per cent of India’s container traffic transits through Colombo as India has no deep harbour port. The WCT will give India a strategic perch in Colombo harbour, enabling it to keep an eye on China. It will become the transhipment hub for Indian containers — the bulk breaking point. Colombo knows that Adani Group is building a deep water port at Vizhinjam in Kerala as an alternative to the Colombo Port but has been facing serious trade union problems. Sri Lanka sees Vizhinjam as a threat to its monopoly over handling large cargo containers that berth in Colombo. Once built, the WCT will cut costs of goods transported through cargo containers from India to the West by 15 to 20 per cent.

In the port and harbour contest, China has a 99-year lease on Hambantota port overlooking the strategic sea lines of communication between Channels 8 and 9. It has its footprint in CICT as well. India is embedded in Trincomalee harbour and now WCT. In Jaffna to the north, the port, though fully  developed by India, has no long-term agreement on its use as yet. Sri Lanka has assured India that it will not allow any activity that will harm India’s security interests in a policy articulated by Foreign Secretary Jayanth Colombage called ‘India First’. How first is “first” is yet to be tested. The only other country that follows ‘India First’ is Maldives. President Rajapaksa, an army Colonel, has sought his own Gajaba Regiment’s affiliation with Indian Army’s 4/5 Gorkha Rifles (FF), famously the Sylhet Warriors.

India has made clear through visits by Foreign Minister S Jaishankar and Shringla that it considers the reconciliation process vital for power-sharing and full implementation of 13 A by holding Provincial Council elections which are due early next year. The Rajapaksa regime has drafted a new Constitution, its third after 1972 and 1978 which could threaten 13A. Colombo’s congenital habit of playing China against India is harming India-Lanka relations, The new Sri Lankan High Commissioner in India, Milinda Moragoda, has come up with the Integrated Country Strategy to ensure ‘no surprises’, like cancellation of ECT.

Beijing has blacklisted the People’s Bank of Sri Lanka for withholding payment to a Chinese company for organic fertiliser which tested contaminated. While China has threatened Sri Lanka, India promptly dispatched a shipment of approved fertilisers. What China can do, India can sometimes do better. New Delhi is gradually reclaiming its ground in Sri Lanka.