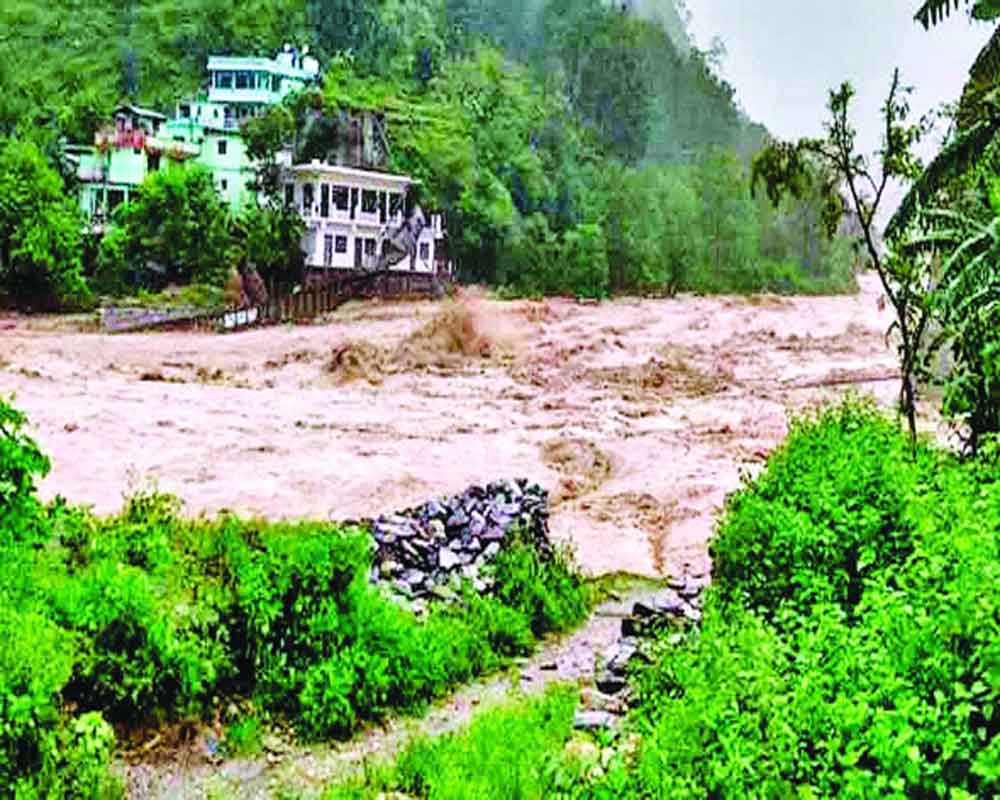 Human displacement and consequent sufferings have always been associated with strife and conflict for political or economic reasons. However, of late, deteriorating environment on account of climate change is giving rise to climate disasters and extreme weather events that in turn are displacing more human population than conflicts and disturbances. The recent decade has been a testament to this new and concerning pattern wherein climate caused disasters have displaced millions of people globally making them climate refugees. The World Migration Report 2022 of the United Nations maps the worsening displacement of people due to climate-change-related events. 2020 witnessed displacement of 30.7 million people across 145 countries. There is also the mater of internal displacement countries on account of climate related disasters. The Philippines experienced the highest absolute numbers of 5.1 million displacements caused by natural disasters in 2020,whereas China reported five million new disaster-related displacements by the end of 2020.  Storms accounted for 14.6 million displacements and floods, 14.1 million.Extreme temperatures displaced 46,000 people while droughts caused new displacement of 32,000 people in 2020. During 2008-2020, about 2.4 million new displacements were caused by droughts and over 1.1 million by extreme temperatures. A World Bank estimate predicts that 143 million people would migrate within their countries by 2050 due to climate change related events in sub-Saharan Africa, South Asia and Latin America. The United Nations Convention to Combat Desertification (UNCCD) also estimates that droughts could lead to the migration of 22 million more people in Africa, 12 million in South America and 10 million in Asia by 2059. These reports make the writing on the wall very much clear that displacement caused by climate disasters is an emerging problem and the rate of climate refugees is rising alarmingly every year. India especially is increasingly finding the rate of the climate refugees spiralling out of control.The Internal Displacement Monitoring Centre (IDMC) says that approximately 1.4 crore people in India have been displaced due to climate and environmental disasters.

As per the report,the “costs of climate inaction” will force over 4.5 crore people to migrate from their homes by 2050. The Centre data shows that over 38 lakh new displacements took place in India due to environmental disasters in 2020, which is 989 times more than the 3,900 displacements caused by conflicts. Given the scale of climate refugee numbers in India, the government must expedite work on a two-pronged strategy of preventing deterioration of the environment and rehabilitating the climate refugees through effective regulations and laws. Currently, climate refugees in India are not acknowledged and recognised explicitly under any specific law as a result scores of climate disaster displaced people have no identity nor recourse to relief and rehabilitation. Even at the international level, there is a conspicuous absence of clear-cut laws that deal with the subject of climate refugees. Given this scenario, it would bode well for India to make a bold first move in this sphere by launching social initiatives and legislative laws that not only recognise the plight of the refugees but also provide them the chance to reclaim their life, dignity and livelihoods. This path-breaking initiative will bring recognition to India on the international forum and help showcase India’s concern and action regarding a critical subject on which no country globally has taken any concrete steps. Climate disasters and climate refugees are two sides of the same coin. Unless effective measures start reining in climate change, people impacted by the same will keep getting displaced. When climate change wanes, climate disasters too will come down and so will the numbers of climate refugees.