India must try for a bigger role in Afghanistan

India must try for a bigger role in Afghanistan 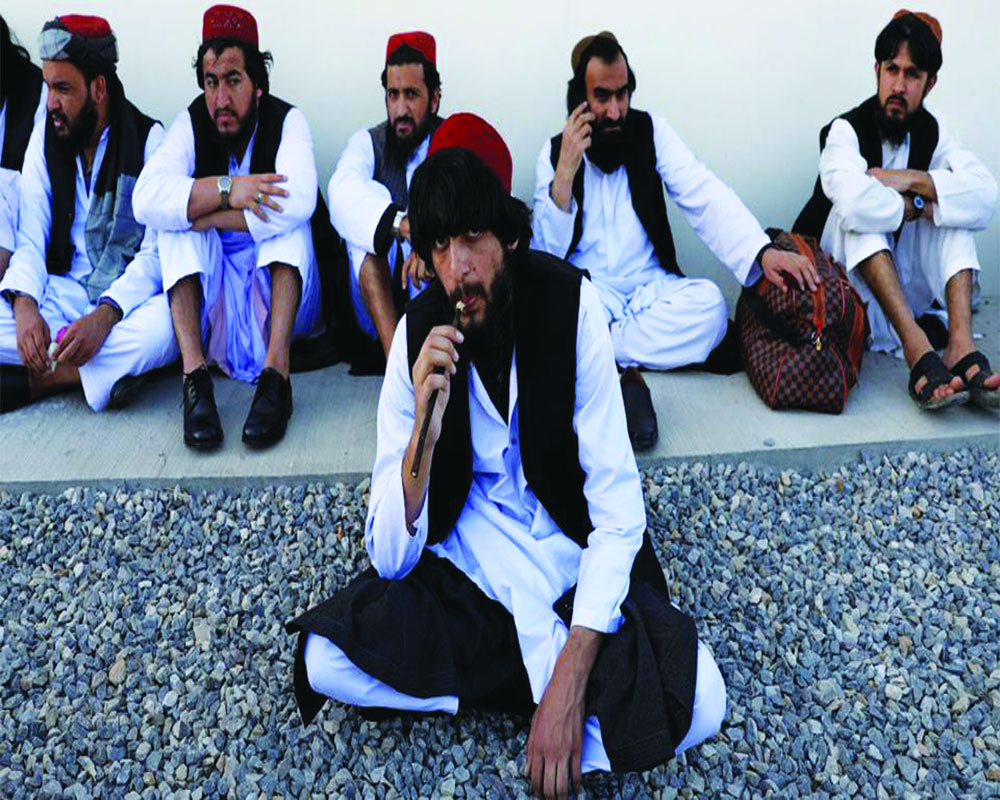 New Delhi has got a chair on the high table after successful backroom diplomacy. But India must utilise this opportunity to become more vital to the peace process

Lloyd Austin, the Defence Secretary under the Biden Administration, decided to make an unscheduled stop at Afghanistan after concluding his first foreign visit to meet close allies in Asia. After meeting with his Japanese counterpart, Austin met key officials in Korea and in India where he also met Prime Minister Narendra Modi. Post this scheduled trip which aimed to bolster the US’ alliance network, the Pentagon chief took an unexpected detour to Kabul. Austin — a former four-star General in the US Army who played a key role in the exit of US forces from Iraq — went to Afghanistan ostensibly to “listen to soldiers.” The visit assumes significance since by all indications the May 1 deadline set for the withdrawal of US forces (and with it the NATO forces) is likely to be missed. During the intervening period of the present flux and the new deadline, there will be a lot of behind-the-scenes geopolitical developments where India can make itself relevant by playing a more central role in deciding the future of the troubled country. Though there is little doubt that the US forces will withdraw soon since there is little political appetite for continuing the US’ longest battle, the Biden Administration is still in the process of fine-tuning its final strategy. This may delay the withdrawal by anywhere between a few weeks to a few months (the US media reported a six-month extension) adding to the flux the war-torn country is in.

Irrespective of the actual date of the withdrawal of forces, it’s clear that the future of Kabul does not look too bright. The Taliban is stronger than ever before with a 80,000-1,00,000 strong force. It’s in control of most highways and has already given threats of a “reaction” if the May 1 withdrawal is delayed. In all probability, the Taliban hints at a bloody spring even as it continues to have deep links with the Al-Qaeda. Taliban’s benefactor Pakistan — which is a key part of decision-making for the future of the country — will not be able to resist the urge to use the group against India. New Delhi and Islamabad announced a ceasefire after wholesale violations by Pakistan. But after the Taliban takes control of the interim Government in Kabul and continues to enjoy patronage of other radical Islamist organisations, will this agreement be of any consequence?

India’s security challenges are likely to intensify after the Taliban takes control of the Government. Since the possibility of holding elections soon looks remote given the simultaneous challenges such an exercise would entail, the Taliban will become part of the interim Government. So while Afghan President Ashraf Ghani is clear that he will make way only for a democratically-elected Government, this clause is unlikely to be a deal breaker for world powers. So, a stronger Taliban, which continues to enjoy patronage from other radical outfits and becomes part of the Government, will mean a possible opportunity for Islamabad to identify ways to hurt Indian interests.

New Delhi has managed to get a chair on the high table after successful backroom diplomacy. But India needs to utilise this opportunity to become more vital to the entire peace process. India has been historically disadvantaged by its stance of “no talks” with the Taliban and no boots on the ground.

So, despite being one of the largest donors ($3 billion of aid), it does not command  much geo-strategic weight. While it cannot build inroads in the organisation overnight, New Delhi needs to be realistic about how to address the challenges. Not engaging at all has brought diminishing returns so far. But if the Taliban forms the next Government in Kabul, New Delhi stands to lose by continuing its policy.

Austin’s surprise decision to stop at Kabul and the message he gave to the soldiers posted in the country seems to suggest the possibility of the troops being asked to hold fort for longer. This means during the flux, India can build its bridges with other powers to play a more meaningful role. Come April, Turkey will play host to a crucial round of talks with all stakeholders to finalise the withdrawal strategy. But most of them would like to squeeze New Delhi’s role, given the existing tensions between India and its hostile neighbours.

So, while Ankara will utilise this opportunity to tide over a difficult diplomatic phase with Washington, it will also like to further marginalise India’s role to come good on its strident posturing. If there is no breakthrough in the proposed talks, for a number of reasons including the Taliban’s refusal to fulfil the terms of the deal, New Delhi should up the ante. Afghanistan is fast becoming a battleground where geo-strategic priorities of Russia, China and Pakistan are being aligned, one of which is to completely marginalise India’s role.

New Delhi’s best bet is to align its priorities and engagement with the US. The Biden Administration is not in a similar hurry as the Trump Administration and the May 1 deadline is not cast in stone. But as the US leaves behind a very volatile Afghanistan, it will be a tinderbox for New Delhi too and requires active engagement.

In a post-pandemic world order India envisions itself as a regional heavyweight against China. This vision cannot be limited only to the Indian Ocean Region, but should extend to its regional neighbourhood, including Afghanistan. Neither should it wait to “eventually play a role.”

The writer is a senior journalist and Visiting Fellow at the United Services Institution of India. The views expressed are personal.