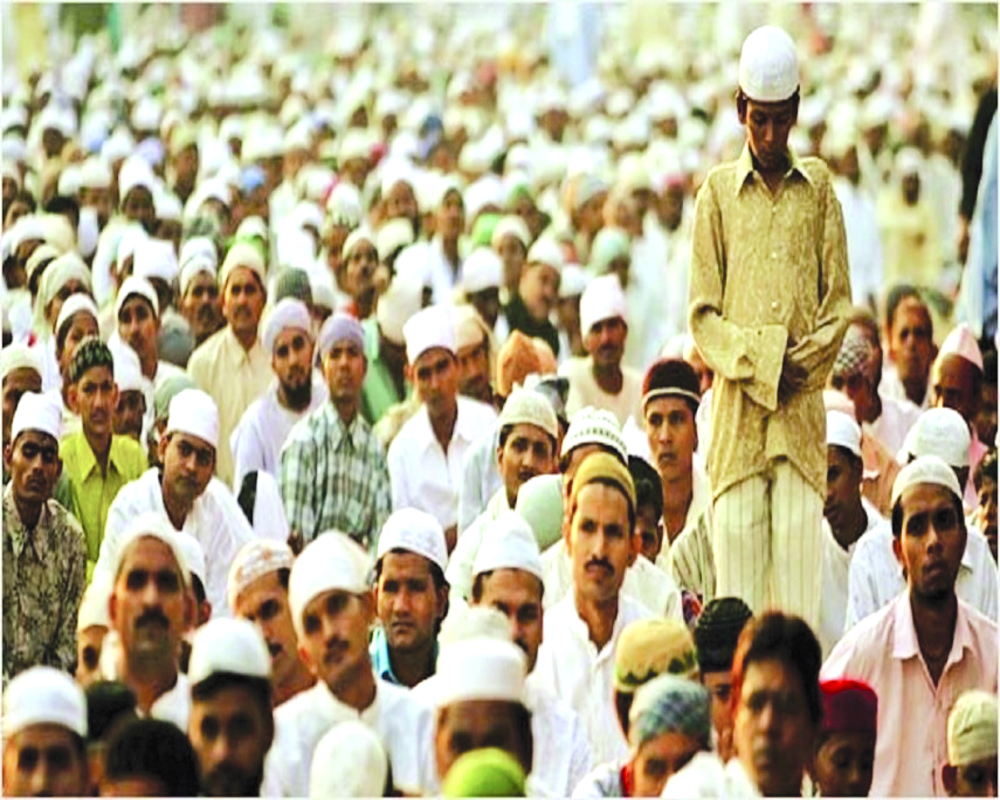 Certain groups and sections have had a vested interest in typecasting Muslims. But the enigma that’s their ‘identity’ is far too complex to demystify thus

Muslims are ordained to kill non-Muslims by the Quran and so must be done away with before they do so.’’  This rant comes from the latest Islamophobe on the block — Yati Narsimha Saraswati, a priest of a nondescript shrine in Ghaziabad. A customary FIR was lodged against him for promoting enmity and outraging the religious sentiments. The FIR raises his stature among a section. He is not the first nor will be the last to demonise a community and rupture the social fabric.

The rot runs deeper though. Muslim identity to the majority of Hindus is an enigma. They are labelled as a monolith that thinks alike, lives alike, and of course votes alike. The Muslim identity, what it means, and how it functions, is far more complex.

Identifying Muslim ethos is a full-time job for many. It gets accentuated in elections when Muslim votes are to be reckoned with. The political parties have to figure out how Muslims would vote. Muslim identity like their vote is deceptive. No one knows for sure what it means and how it functions. Yet everyone wants to typecast them for practical purposes.

The people who have a vested interest in typecasting Muslims have resorted to rather bizarre means to identify them and club them together as one. Identifying a Muslim by inspecting his refrigerator or peeping into his wardrobe has worked well for them. All these traits are now the subject of national debate. It has created a perception that Muslims do everything that is anathema to Hindus. Choosing a cultural identity over a religious one is trending.

It lets the Hindu right-wing subtly castigate Muslims. Tablighi Jamaat was sinfully maligned for spreading corona. The narrative was orchestrated well and the mainstream media trumpeted it into every household. It made people look at Muslims with suspicion. By the time the bluff was called the damage was done. The corona conspiracy was all over. It helped the government cover up its own lacunae while blaming the Muslims consolidated their supporters.

Depending upon your political and religious affiliation, Muslim identity can fluctuate from one end of the spectrum to the other. He can be a patriot who fought the first war of independence or he could be a Pakistan-cheering-anti-national who hates everything Indian. It is a community that has enjoyed appeasement all along. The Congress licking its wounds right now was of course responsible for it. This myth was, however, debunked by Justice Sachar Committee’s report. It delved into the Muslim socio-economic status. Its finding was shocking.  It placed Muslims below Dalits, socially and economically. It upheld that the Muslims were under-represented in the government, armed forces, and administration. It could be an interesting case of appeasement where the one appeased lagged on every count.

Traditionally, Hindu hardliners weaved Muslim identity around four marriages, triple talaq and large number of children born to them. But their scriptures were left untouched and no one tried to quote Quran to further their malicious arguments. That isn’t sacrosanct no longer. Yati Narasimha Saraswati’s misquoting of Quran is a leap of diabolical proportions. His recent rant on the Prophet is a deliberate attempt to provoke the believers. It could seriously impact whatever communal harmony is left. Misquoting Quran to those who haven’t read has an advantage. No one   refutes you and tend to believe it. If we look back in history the same sort of propaganda preceded the holocaust against the Jews in the Germany of 1930s. They were demonized, segregated, denied basic rights and livelihood before the final assault.

The hard-line Hindus have never understood Indian Muslims. The Indian Muslim is not a monolith as many would have us believe. First things first, Indian Muslims are Indians and have very little or no affinity with Muslims living in Saudi Arabia or Turkey. Indian Muslims unlike elsewhere have castes and sub-castes. Many have separate mosques to pray and would not have matrimonial relations with others. The Indian Muslim sects are fervent about their views and interpretation of the Holy Quran. So, the Muslims have neither thought alike nor voted alike. It is preposterous to draw parallel with what goes in Syria or for that matter the Arab world. That world is as alien to an Indian Muslim as it is to any other Indian.

Although Islam does not recognize class and castes, Indian Muslims do. There is a distinct divide among Indian Muslims. It can be attributed to ethnic segregation between the foreigners (Ashraf) and the local converts (Ajlaf) who continued to follow the Indian caste system. The Biradari system is social stratification in Muslims which is typically Indian. The untouchable Hindu converts are categorized as Arzal and occupy the lowest position in the hierarchy. In Bihar, the higher caste Muslims do not allow burials of lower caste Muslims in their graveyards. Indeed, it goes without saying that most victims of riots and Hindutva aggrandizement are low-caste Muslims. They pay with their life and livelihood. (Remember boycott Muslims sabziwala campaign).

Unlike caste, sects find a theological basis in the four main schools of thought in Islam i.e. Hanafi, Maliki, Hanbali, and Shafi’i. In India, people generally follow Hanafi School, which has sub-sects like Deobandi, Barelvi, and Ahl I Hadith. This difference is such deep-rooted that every sect has its mosques, and avoids performing prayer with ’others’. Castigating the entire community for the viewpoint of one sect is neither justified nor warranted.

But having said that, Indian Muslims do have certain things common to them that bind them. It is life and livelihood. The intermittent riots that took place after independence led to the ghettoization of the community. A Muslim Identity comes not from within but from without. They are forced to see themselves as one because others have bracketed them like that.

Today, the Indian Muslims are a worried lot. They have already lost their economic and social race to other groups. The last bastion - their political clout has fallen too. In any case, the Muslims are a political force only in a handful of states. Only in West Bengal, Assam, Dadra and Nagar Haveli and Kashmir do they account for more than 25 percent votes. Muslims have only voted enbloc when the elections were toxic and polarized. Even in that scenario, they were at the receiving end as the majority votes far outnumbered them and nullified Muslim votes. And for the record Kashmir does not figure in the Indian Muslim’s thought process. They have by large kept aloof from the Kashmir politics right from the very beginning.

The Muslims in the last 70 years have changed in their profile. Their perception hasn’t. The crafted narrative of the high Muslim birth rate, many wives, and fatwa-decides-whom-to-vote need to be re-looked at. The Muslims since independence have undergone a sea change. Today Muslims have a middle class that is educated and mingles with non-Muslims. Their acceptance has increased among non-Muslims. Unfortunately, the mainstream media is reinforcing the stereotypes. It is using big-mouthed, ill-informed beard-sporting Maulanas to speak for the community. They are neither qualified nor have the mandate of their community.

The cornering of Muslims is underway in a big way. It has led to a fear psychosis that has seeped in so much that no Muslim individual or organization comes forward for a Muslim wronged by the system. Dr. Kafeel Khan could vouch for what I mean here. And Teesta Setalvad could second it.

The author is a columnist and documentary film-maker. The views expressed are personal.