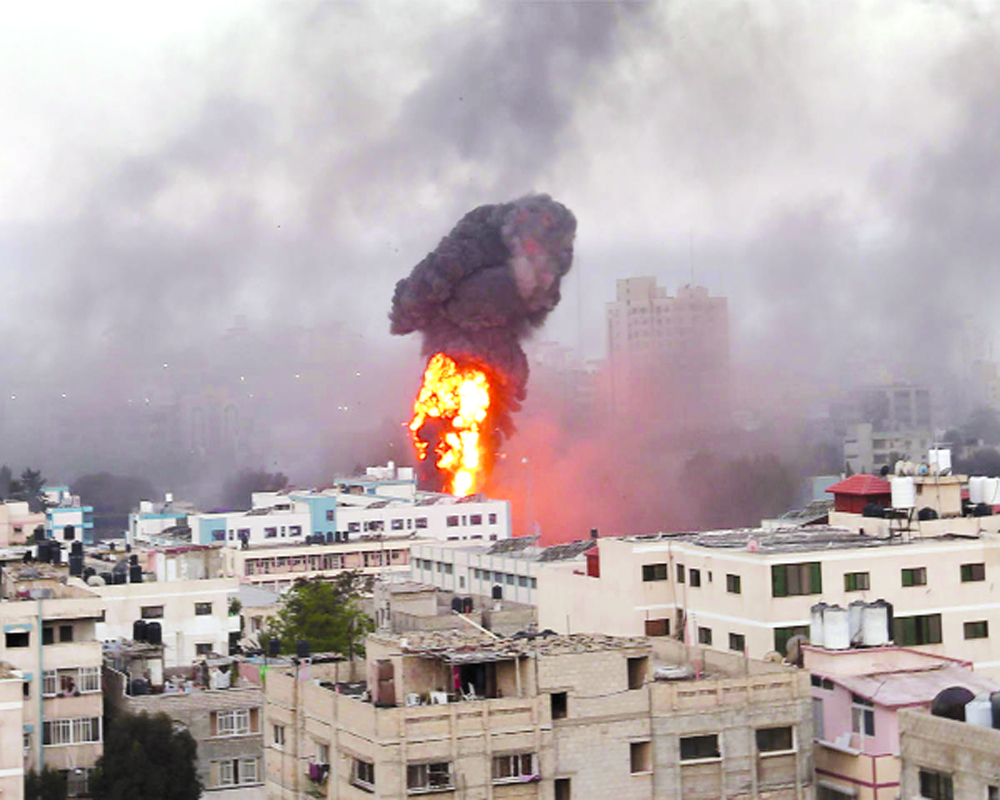 We proudly state that India is a secular State, but are we actually not communal?

For several days the conflict between the Israelis and the Palestinians has been going on. We in India have seen on YouTube rockets being fired by Hamas, which are often intercepted by Israel’s Iron Dome, and the demolition of buildings in Gaza by the Israeli Air Force.

What do Indians think about all this?

About 80 per cent Indians are Hindus, and about 16 per cent are Muslims. Almost all Hindus, including the so called ‘intellectuals’ among them (academics, mediapersons, professionals like lawyers and doctors, writers, etc) support Israel in this conflict, and almost all Indian Muslims support the Palestinians. Only the so-called ‘liberals’ among the Hindus support the Palestinians, but these would be hardly five per cent of all Hindus. The rest believe all Muslims everywhere in the world to be trouble-makers and terrorists.

This is because despite the Indian Constitution calling India a secular country, the truth is it is highly communal. Most Hindus are communal, and so are most Muslims.   This I can say from personal knowledge. When I am with my own relatives, and they are sure no Muslim is around, they often spout venom against Muslims, who are perceived as fanatics and anti-national. When a Muslim is lynched in India most Hindus are indifferent, and some even happy. One terrorist less! In fact, it is because most Hindus are communal that the BJP, which claims to represent the Hindus, won the parliamentary elections in India in 2014 and 2019, and came to power. Thereafter, polarisation of Indian society on religious lines has grown exponentially. No doubt the recent farmers agitation in India cut through caste and religious lines, and the ongoing pandemic has been a reverse to the BJP which is being blamed by the people for not properly handling it. But these are temporary phenomena. Once they are over, the country will again revert to the old status.

The truth is that secularism is a feature of industrial society, as in North America and Europe, but India is still semi-feudal, and most people here are strongly religious. The religious divide between Hindus and Muslims was fanned up by the British rulers by their policy of divide and rule (see my article ‘The Truth about Pakistan’ and BN Pande’s ‘History in the service of Imperialism’ online), and continued even after Independence in 1947 by some vested interests, particularly after the BJP came to power in 2014.

Some people claim that the recent elections in West Bengal, Kerala and Tamil Nadu where the BJP and/or its ally (like the ADMK) suffered a reverse, shows that the BJP is on the decline. I do not agree. A few carefully engineered communal riots will neutralise this trend.

Unless India becomes a highly industrialised country, communalism will thrive in India. To end communalism, a radical transformation of Indian society is required, which is only possible by a mighty historical united people’s struggle, culminating in a revolution, but this is as yet nowhere on the horizon.

(The writer is a former judge of the Supreme Court. The views expressed are personal.)