Is honesty alone enough for officers?

Is honesty alone enough for officers? 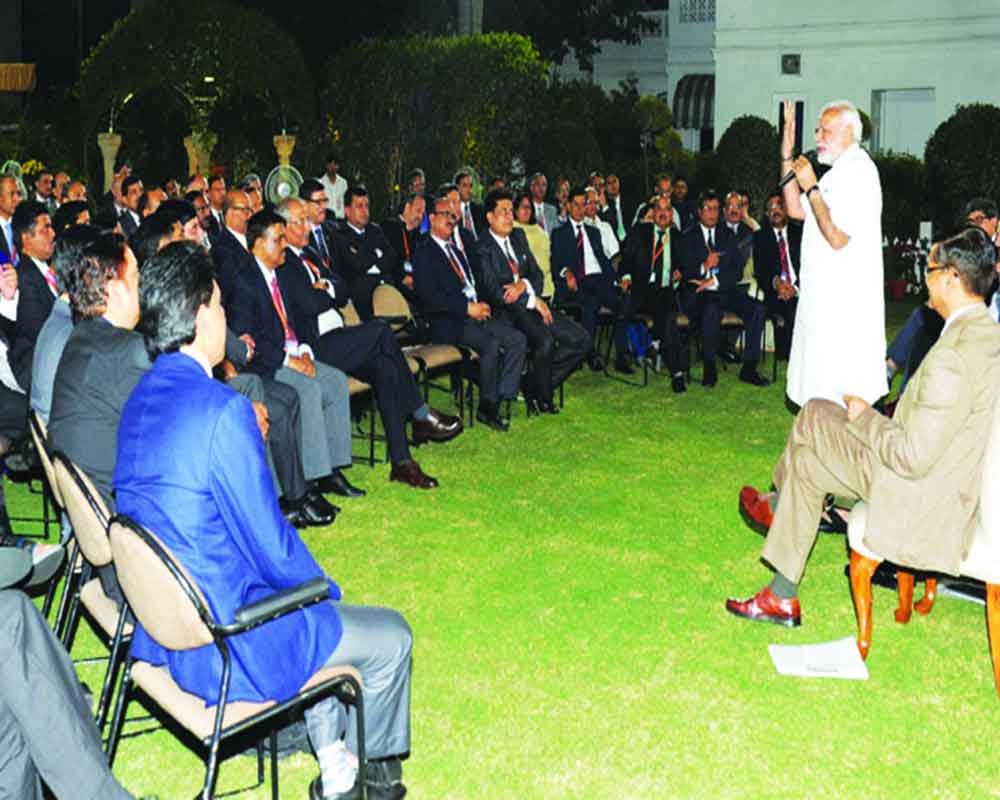 As mentioned in the previous article, “Honesty Still Pays” (published on July 13, 2021) bureaucracy may be condemned, criticised, castigated, and ridiculed all around the world but it has not withered away. In fact, it has retained its significance as an essential tool to carry out the business of governance. However, as I point out in my book, “Ethical Dilemmas of a Civil Servant” released last year, in order to do that effectively, the bureaucracy has to not only survive but also thrive in the interest of the country and its people. But that cannot happen on the strength of honesty alone. Honesty is necessary but not a sufficient condition for the welfare of the people.

A civil servant is paid to perform, to deliver. Ironically, though, on account of the emerging socio-political environment, this performance is not always expected to be for the public good. It is also a pity that, on occasions, the civil servant is expected to ensure to uphold the interest of a selected few. Unfortunately, such occasions are increasing by the day and those civil servants who do not conform are not only shown the door but are also inevitably harassed. What is even more appalling is the fact that far from recognising good performance, there are instances of officers being penalised for doing what they had taken the oath to do. Needless to say, such signals do not augur well either for the system or for society. However, all is not lost. There is still a huge area where such pressures either do not exist or, if they do, can be managed tactfully.

However, it would also be wrong to assume that all honest officers fall into a single category. There are honest officers who think that the entire world around them is falling apart.They then take upon themselves the task of cleansing the system. The ‘crusader’ in them gets the better of them and media attention adds fuel to fire. A campaign is launched against those whom they perceiveas dishonest. Honesty becomes an end in itself. Such ‘honest-only’ officers forget the fact that they are paid not merely to remain honest but to perform as well. They evaluate their performance in terms of punitive actions that they take against others, i.e., the number of people or institutions they expose (becoming quintessential whistle-blowers, a role that brings ‘name’ and ‘fame’ to them), the number of disciplinary proceedings they get initiated, and the number of First Information Reports (FIRs) they lodge. In fact, in the final analysis, such precipitate actions by these ‘crusaders’ do not even serve their professed goal of cleansing the society. In their enthusiasm to hunt down the bad guys, they end up making no effort toward sevolving systems that can reduce, if not eliminate, the incidence of corrupt practices. After all, evolving systems is a time-consuming process and may not provide immediate fodder for publicity.

The ‘honest-only’ civil servantstops being the prime instrument available with the State to execute plans and programmes. He smells a rat in every file. Hence, he brings execution to a grinding halt. Even for projects which doget delivered, it usually is too late to attain the desired impact. More often than not, these situations result in ‘paralysis of analyses’. For him, honesty pays because he leads an honourable life as an honest officer. He revels in being recognised by many as a crusader against the dishonest, his professional achievements being the trophies of the victims of his crusade. In this way, he does a huge disservice to his ‘Key Responsibility Area’, i.e., service to the nation and its people. Moreover, he also does precious little to encourage initiative or instill motivation among those working with him.

A civil servant, especially in the higher echelons, has to evolve as a leader and has to cultivate such leadership qualities as to not inspire awe or fear but respect. This is done through leading by example, with focus, objectivity, consistency, empathy, commitment to the tasks, and an ever-burning desire to make a real difference. All these are essentialvirtues thatneed not necessarily be consumed in the crusade against the dishonest. These virtues need to be used for evolving better systems and for inspiring colleagues to perform. Fortunately, there are a number of civil servants who are honest and efficient. They may not be as visible as those who are going hammer and tongs afterthe ‘dishonest’. They are not ‘crusaders’. They are the ‘doers’.

Take the recent example of committed and efficient officers like Iqbal Singh Chahal who handled the Covid-19 pandemic in a truly exemplary manner in Mumbai as did many other officers in other parts of the country. Similarly, this young Collector, Dr. Rajendra Bharud, ensured that there was no shortage of oxygen during the pandemic wave in Nandurbar, a remote district in Maharashtra.There have been many more instances in the past as well. The thrust on efficiency and integrity in the railways by the erstwhile Chairman of the Railway Board, Ashwani Lohani, yielded results. One could witness the impact of the changes he brought about in the functioning of the Railways. He did not go to town with what he had done.But the results were there for all to witness. Sandhya Rani from the Postal Service excelled in Andhra Pradesh in her capacity as Education Commissioner and transformed school education in many ways. The team of Indu Bhushan and Dinesh Arora that initially led the successful implementation of the Prime Minister Jan Aarogya Yojana (PMJAY) as a part of Aayushman Bharat (the largest-ever health insurance programme), provides another example of honest and efficient working. What was done by a technocrat, E Sreedharan, to us her in the Metro Rail revolution is legendary. The likes of Julio Ribeiro and Prakash Singh are role models for police officers. There is a long list of such officers who were/are honest, efficient, and committed to the cause for which they were/are paid from the public exchequer. They performed their tasks as professionals.Their yearning to transform was/is directed towards the tasks assigned to them. However, unfortunately, there are equal numbers of bureaucrats who stop at just being honest.