Is it a good idea to trust Pakistan this time?

Is it a good idea to trust Pakistan this time? 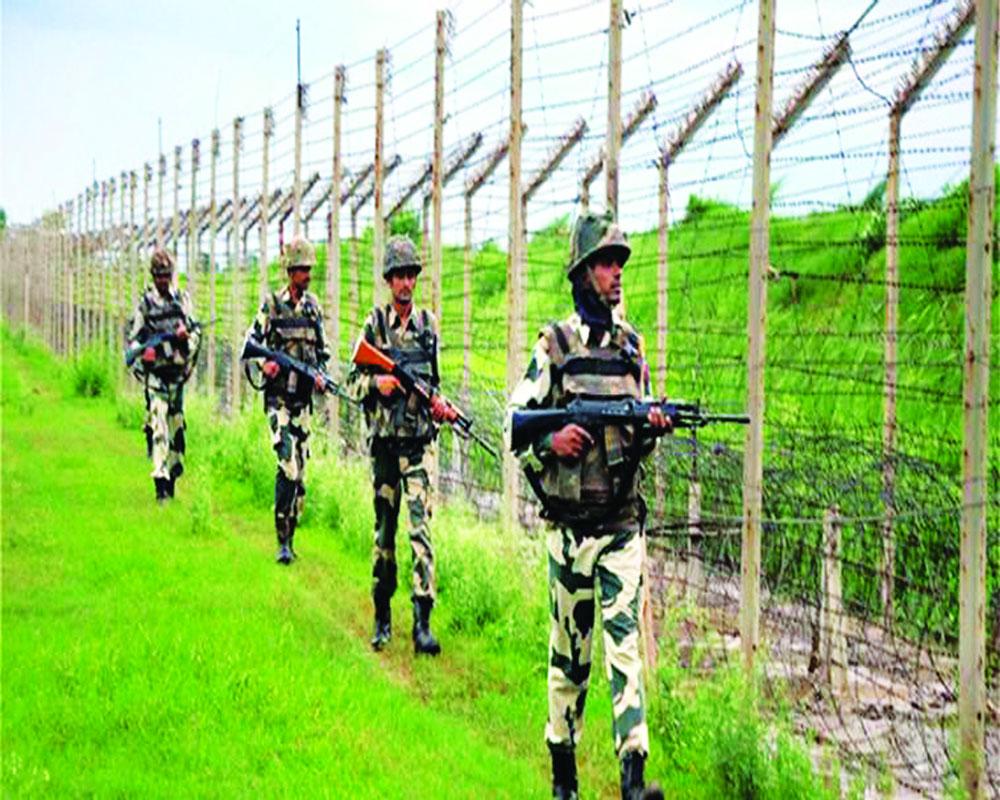 The leaders of the Kashmir-centric political parties have gone overboard with the prospect of peace with our immediate neighbour and the global hub of jihadi terror— Pakistan. Backing Pakistan Army Chief General Qamar Javed Bajwa’s call for Indo-Pak talks, Peoples Democratic Party (PDP) chief Mehbooba Mufti has said that the Indian Government should initiate talks with Islamabad.

“The Government should understand that the way to peace talks goes through the Kashmir issue. We cannot reach peace without resolving the Kashmir issue,” said Mufti. Speaking in a similar vein, National Conference (NC) leader Omar Abdullah said, “We have always said that good relations between these two countries is not good only for Jammu and Kashmir but for the entire south Asia. It’s good that both countries, instead of threatening each other, are talking.”

The reasons for their optimism are well understood because their political survival for the decades in past had depended on the Pakistan bogey. There is a convergence in the views of Pakistani and Kashmiri leadership because soft-separatism and sub-nationalism has always been the ideological hall-mark of these political parties. But the moot point is can Pakistan be trusted?

It all began in the last week of February when the Director General of Military Operations (DGMO) of the two Armies agreed to observe ceasefire on the Line of Control (LoC) in tune with the 2003 ceasefire agreement. Then the two statements, one after another, made during the first edition of the Islamabad Security Dialogue organised by Pakistan Security Division in collaboration with the country’s leading think-tanks on March 17-18 expressing explicit desire for peace with India took many by surprise since the statements came from none other than the Prime Minister and the Chief of Army Staff of Pakistan.

Since then, endless debate has begun in the media in both the countries with each claiming peace to be compulsion of the other country. While the entire world knows the truth, it has become necessary for Pakistan to beat the drum to satisfy the hardliners. Pakistan, for long, has pushed aside geo-economics in favour of exploiting its geo-strategic location.Its dwindling economy and near-bankruptcy has forced its leadership, including military, albeit temporarily to resume trade with India which requires normalcy of relations which had been brought to its nadir by Pakistan post-abrogation of Article 370 by unilaterally withdrawing its High Commissioner and suspension of  trade with India.

There was an inherent contradiction between the statements of the Imran Khan and Bajwa. While Khan made a little variation to his earlier stated position on March 5 while addressing the Solidarity Day function at Muzaffarabad, wherein he said that Pakistan would not talk to India till the restoration of Article 370 in Kashmir, he still stuck to resolution of Kashmir issue as a prerequisite for peace talks. “There is one issue that is stopping us [from improving relations] at this time. We will make our efforts but India must take the first step because after August 5, till they take the first step, unfortunately we cannot move forward,” Khan said. The next day, his Chief of Army Staff said, it was time for India and Pakistan to “bury the past and move forward” as he asserted that the peace between the two neighbours would help “unlock” the potential of South and Central Asia. He further added that the initiative has to come from India. Though he also referred to Kashmir, he did not mention it as a core issue and said that the peaceful resolution of the issue can lead to lasting peace in the region.

Immediately, after the February 25 ceasefire offer, India  made it very clear that the onus lies with Pakistan to create a conducive atmosphere for any peace talks by reiterating its well-known stand of “terror and talks can’t go together”. Qamar Bajwa did make a reference to Pakistan changing its strategy from ‘geopolitics’ to ‘geo-economics’. But Pakistan yet has to walk the talk. From all available inputs, there might have been a change in the thinking of the Pakistani brass and leadership but there are no visible indicators of any change in its “anti-India strategy.”

On the occasion of the 70th National Day of Pakistan, PM Modi extended greetings to his counterpart Imran Khan and the people of Pakistan. He desired to have “cordial relations” with Pakistan but for it to happen, an “environment of trust” that is “devoid of terror” is “imperative”, said Modi in a letter addressed to Khan. Post-August 5, 2019, India has made its stand clear to the global community that the dispute regarding Kashmir is restricted to the illegal occupation of the two-third territory of the erstwhile State of Jammu and Kashmir referred to as Azad Kashmir and Pakistan-occupied Jammu and Kashmir (PoJK) by India.

But from the response of Khan, it has become obvious that the offer of peace by Pakistan is a sheer façade and Pakistan is just buying time to have a breather necessitated due to compelling military and economic reasons at home. He has tried to put the ball back in India’s court. Imran Khan has written to Modi for creating an “enabling environment” suited for a constructive and result-oriented dialogue to resolve outstanding issues between the two neighbours, including Jammu and Kashmir issue.

For a change, he has used the phrase “including Jammu & Kashmir” instead of it being the core issue and no headway can be made without its resolution first. Maybe Qamar Bajwa, for whom the breather is mandatory, has been able to prevail upon Khan so that he can continue unabatedly to refurbish and rebuild his Army and its assets on the LoC where it has received a thorough battering from the Indian Army.

Another thing to remember is that Pakistan has yet not given up terrorism as an instrument of State policy. Through its proxies, it continues to support terror in Kashmir and is reported to be spreading the network of sleeper cells in our hinterland and the North East. The Pakistan Army is feverishly using the ceasefire period to upgrade its infrastructure on the LoC, including establishing new forward posts as well as preparing gun areas and ammunition points/dumps in the villages in depth in the close vicinity of the LoC.

It is also learnt that the Pakistani Army with the help of the People’s Liberation Army (PLA) is constructing tunnels in the posts for living shelters and ammunition storage. It would also provide them added protection during a nuclear attack. In addition; it is also procuring from China modern military hardware as well as force multipliers like drones and surveillance systems.

Pakistani Army continues to treat India as an existential threat. In the past, similar ceasefire offers and peace overtures had been made by the Pakistani chiefs but they lasted only as long as Pakistan needed the peace. Unilateral abrogation and violation of the ceasefire agreements have been the hallmark of unstable Indo-Pak relations. There is nothing different so far to trust Pakistan.