Is repealing farm laws an exercise in futility?

Is repealing farm laws an exercise in futility? 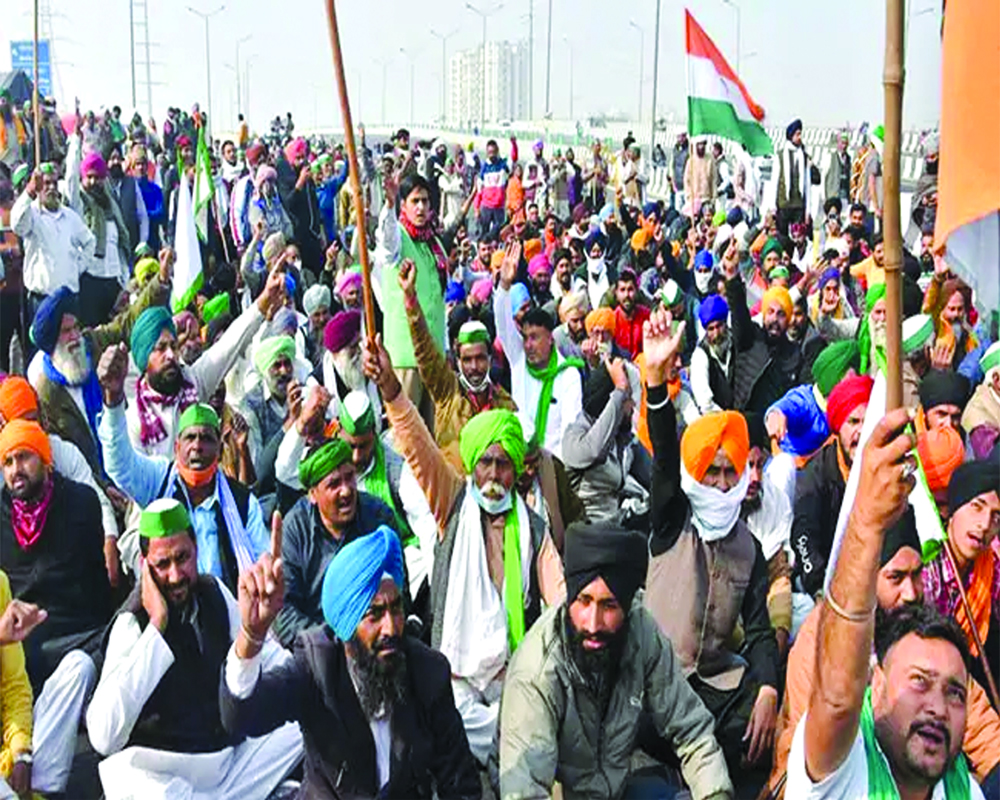 No political party would actually be able to take any electoral benefit from the repeal of the farm laws, given that no one was in favour of it

The announcement of Prime Minister Narendra Modi to withdraw the three farm laws, termed "Black laws" by every political dispensation in Punjab except the BJP, is unlikely to have a major impact on the grassroots politics in the poll-bound state, except perhaps a sense of euphoria amongst the party cadres of Congress, Shiromani Akali Dal and Aam Aadmi Party-all of whom were opposing it for the last over a year.

The reason is simple. BJP, bereft of any alliance partners in the Sikh majority state, except perhaps the positive vibes being sent by sacked chief minister Amarinder Singh, has little or no presence in large parts of the state. Of course, the announcement will help BJP in a sense that the political boycott of its leaders will end as of now and they will be able to campaign in the elections.

In Punjab, the announcement is being seen more as a pre-poll sop for Western Uttar Pradesh where BJP is fighting a tough battle in the face of a resurgent farmers' movement against the three laws. A senior politician summed it up saying it is something like the inauguration of Poorvanchal express by Modi. That expressway was for getting votes for BJP in eastern UP and the repeal of the farm laws is for getting votes in western UP where the party was having a tough time.

BJP has been fighting polls in Punjab in alliance with the SAD for the last almost quarter of a century. Considered to be a Hindu-Sikh electoral alliance, the equation helped the saffron party to cement its place in the urban pockets where the Hindu population is in significant numbers. However, after SAD broke its alliance with BJP on the farm laws and its minister Harsimrat Kaur Badal walked out of the Modi Cabinet, the equation has been frosty. Even after the repeal SAD President Sukhbir Singh Badal has not warmed upto BJP. In fact, SAD has already entered into an alliance with the Bahujan Samaj Party to make inroads into the Dalit vote bank that has been shifting to Congress after Charanjit Singh Channi was made chief minister.

The repeal is unable to make a dent in Punjab politics which is busy with its own unpredictability and mood swings. For instance, despite the drama, it was always expected that Navjot Singh Sidhu would take back his resignation from the post of Punjab Congress President? Of course, it was. After he resigned, there was little attempt made to mollify him given his cantankerous political approach, one that is based on collision rather than assimilation and accommodating the viewpoint of the fellow political traveller of the same party.

Sidhu's arguments for resignation seemed like tokenism as it seems for sure now that his only political line in the poll-bound state is adoption of hardcore panthik (religious) politics, which the hardliner Akalis of yesteryears had adopted and mixing religion with politics which the Congress in the pre-1984 years had dangerously done when a section of the party flirted with extremist leaders to counter the Akalis.

Even the Akalis have mellowed down over the years and instead of talking about religion in danger and panth (community) facing crisis, they are talking about core issues like unemployment, agricultural crisis, farmers' protest, decreasing income in the rural areas, and so on and so forth. "And look at Sidhu, he has become a single-issue unguided missile, unmindful of the fact whether he is getting traction on the ground or not," a senior Congress leader pointed out on the state Congress president's obsession with religious issues and nothing else.

The biggest setback for Sidhu was not getting the chief ministerial chair, something which he was eyeing for a long time and for which he had succeeded in getting his arch rival Amarinder Singh removed.

Chief Minister Channi has played to the gallery and done it rather well ever since he took over and looks like a breath of fresh air as compared to the never smiling and stiff upper lip personality of Parkash Singh Badal and the royal and indifferent approach of Amarinder Singh-the two chief ministers whom the state has seen for the last over two decades. Channi has a very limited time at disposal and he has at least brought the Congress back to reckoning in the race to the finish in which the SAD and AAP too are serious contenders. This is a "Government of common man, for the common man and by the common man," Channi says and it is likely to become one of the punch lines of the party in the election campaign.

Coming to the launch of the party of Amarinder Singh called Punjab Lok Congress, it seems, he is still to make a head start as no one of note has joined him, not even those who were considered his close associates over the years. Realising his limited appeal, Amarinder too has not moved anywhere from his farmhouse even though all political parties and leaders are busy touring the state, finalizing the list of candidates and devising strategy for the polls. The former maharaja of Patiala has been sending overtures to BJP and had perhaps hoped that he would be taken into confidence when the announcement to withdraw the farm laws was made by Modi. In fact, BJP has decided to contest all 117 seats in Punjab, leaving Amarinder only with the possibility of fielding rebel Congress candidates who are denied party nomination at the last moment.

The AAP too has suffered with its MLAs shifting loyalties to Congress and the party being decimated badly in the last five years with little left of the original party now. It was the main opposition party in 2017 with 20 MLAs, now with half its MLAs practically gone, resigned, removed, becoming rebels or unattached, it has quietly slipped to the third position as far as strength in Assembly is concerned. Nevertheless, its street fighting spirit, hobnobbing with all elements marginalized by the main parties and the freshness it brings to the political platter, has endeared it to a section in Punjab. They have one shortcoming though-no name for the chief minister and no single face who could be projected as a leader.

The repeal of the three farm laws is set to dominate the political discourse in the state and all parties would now claim credit for it. However, it is likely to even out during the campaign and no party would actually be able to take any electoral benefit from it, given the fact that no one was in favour of it. The only party advocating it-BJP-is hardly a factor in the state.

Though the BJP led central government opened the Kartarpur corridor and made the right noises, another issue is now being raked up fiercely in Punjab —extending the jurisdiction of Border Security Force to upto 50 kms from the International Border which parties say undermines the federal character of the country. As all political parties are against this, like the farm laws, the opposition to BJP lead central government continues in another form. (The writer is