It’s about time to widen the gender parity debate

It’s about time to widen the gender parity debate 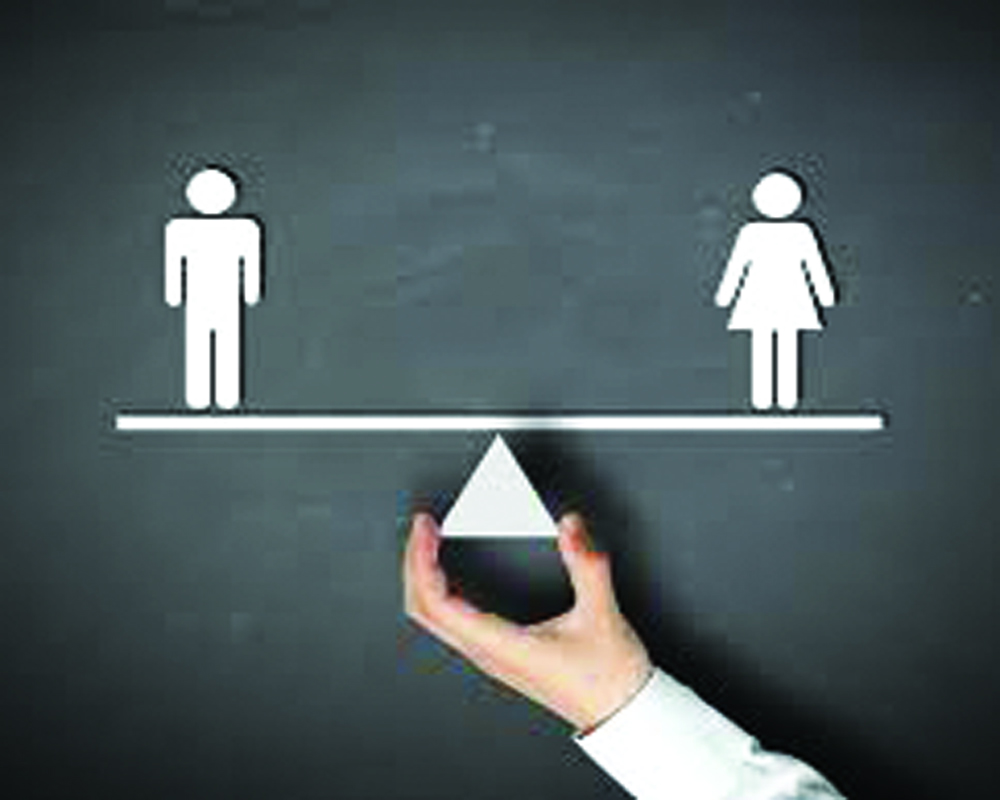 It is vital to include men and families in the conversation on gender equality. Men can be allies and activists, and have a powerful role in shaping future generations

India has fallen 28 spots to rank 140th among 156 countries on the World Economic Forum’s latest Global Gender Gap index. In 2020, India had ranked 112th among 153 countries on the index. The report said that the estimated earned income of women in India was one-fifth of men’s, which put the nation among the bottom 10 countries globally on that indicator. “Within the region, a wide gulf separates the best-performing country, Bangladesh, which has closed 71.9 per cent of its gender gap so far, from Afghanistan, which has only closed 44.4 per cent of its gap,” the report said. India is the third-worst performer in the region, after Afghanistan and Pakistan.

Gender remains a critically important but largely ignored lens to view development issues across the world. Gender inequality is not only a pressing moral and social issue but also a critical economic challenge. India has a larger relative economic value at stake in advancing gender equality. However, despite significant gains, some gaps remain. Although India has narrowed the divide between men and women in the primary education and health sectors, it doesn’t measure well in other major development metrics. Gender equality has become a highly publicised development goal, but data show how slow progress has been.

Women face several constraints that are  imposed on them by social institutions, that is, laws, norms, traditions, and codes of conduct that exist in societies for centuries.  Social institutions are the most important single factor determining women’s participation in economic activities outside the household. Hence, empowering women is the solution to many problems on a global level, right from poverty. The new-age mantra is: If you want to lift up humanity, empower women. It is the most comprehensive, pervasive, high-leverage investment you can make in human beings. Societies that take the effort to empower women show better development indices, are better governed, more stable and are less prone to violence. On the other hand, societies that limit women’s educational and employment opportunities and stifle their political voices, are poorer and more prone to corruption.

Development is more than just economic growth or poverty alleviation; it’s about helping people reach their full potential. Increased economic opportunity and reproductive choices help women, and their families, thrive. Despite broad recognition of this principle, many societies pursue development paths that are disadvantageous to women.

It is essential to enable women to fulfil their human capability and for their families and societies to realise their full potential. Improving women’s well-being contributes to a cycle of better health and education outcomes. Every safe, educated, healthy and empowered female has the potential to transform her family, community, economy, and society.

Gender discrimination continues to be an enormous problem within Indian society even today. Traditional patriarchal norms have relegated women to a secondary status within the household and workplace. This drastically affects women’s health, financial status, education, and political involvement. Women are commonly married young, quickly become mothers, and are then burdened by stringent domestic and financial responsibilities. On average, women spend about twice as much time as men doing the unpaid work that makes life possible for everyone, like cooking, cleaning and caring. As a result, women have no time to finish their education, or learn new skills. The fact that the potential of so many women is going unrealised is a tragedy — but it’s also an opportunity. Girls and women aren’t just the faces of poverty; they’re also the key to overcoming it.

We have for long made paternalistic decisions to “protect” these women, thereby eliminating their ability to solve the issues that they face. Why can’t they decide for themselves how to manage their own situation? Why can’t we equip them to decide how they can take their own decisions? The key levers for change, from the ground up, are clearly female education and access to income. Women experience barriers in almost every aspect of work, including whether they have paid work at all; the type of work they obtain or are excluded from; the availability of support services such as childcare; their pay, benefits, and conditions of work; insecurity of their jobs and access to vocational training. Women play a critical, though invisible role in the rural economy. Any successful attempt to build sustainable livelihoods cannot leave them behind. When combined with the process of institution-building, women led-institutions have proven that they can support their communities in times of need

It is essential to recognise that women’s vulnerabilities are embedded in social, economic and political processes. The current gaps in development serve to reinforce them. Sustainable development processes can empower grassroots women to transform the living conditions of their families and communities, and enable them to reverse these vulnerabilities. Economic empowerment is a crucial aspect of any significant push to make women full and equal participants in their communities.

There is a growing recognition among development experts of the need to link economic empowerment to programmes that address women’s empowerment in a more fundamental way. Overcoming gender inequality will not result from specific isolated programmes, but from a comprehensive approach that involves multiple sectors and stakeholders. Women work tirelessly to end poverty and hunger in their families. But it can take much more than hard work. They need new tools to create their own paths. They need opportunities that can overcome economic, cultural and gender barriers. Multi-sectoral cooperation is needed to create breakthrough ideas and solutions to break down economic, social and technical barriers.

Women are far more likely than men to spend the money they have under their discretion on the education of their children, the healthcare of their family and on improving their housing. Women usually bear the greater brunt of poverty yet they can be important drivers of growth and progress and powerful agents of change. Providing women with better opportunities to fulfil their social, economic, and political roles is now deemed so essential for reducing poverty and improving governance that women’s empowerment has become a development objective in its own right.

The larger vision must be to put  women at the core of the developmental process, from the planning to the implementation level.  Social conditions haven’t changed much: Girls rarely claim their share of an inheritance and are encouraged to give it to the men in their family. We are still living in a patriarchal society, where men control the resources so as to be able to control women. We need to do much more to prevent them from doing that.

There is now increasing realisation that gender dynamics is not just a women’s problem that they should try to fix alone. Engaging women alone is not enough. To make real progress, we need to engage men as well. Society must see the bigger picture, which is to say that by including men in the conversations, we are broadening their understanding and awareness. If we are serious about empowering women, then men must be part of the conversation. It is critical to include men and families in the conversation on gender equality. Men can be role models, allies and activists, and have a powerful role in shaping future generations.

For all interventions, the fundamental logic is plain: If we are going to end poverty, we need to start with women. They are the ones who have the grit to lift families out of the pit. People who have pioneered successful social programmes recognised this potential and sought to evoke it.

The writer is a well-known development professional of international repute. The views expressed are personal.