It's time to address learning concerns

It's time to address learning concerns 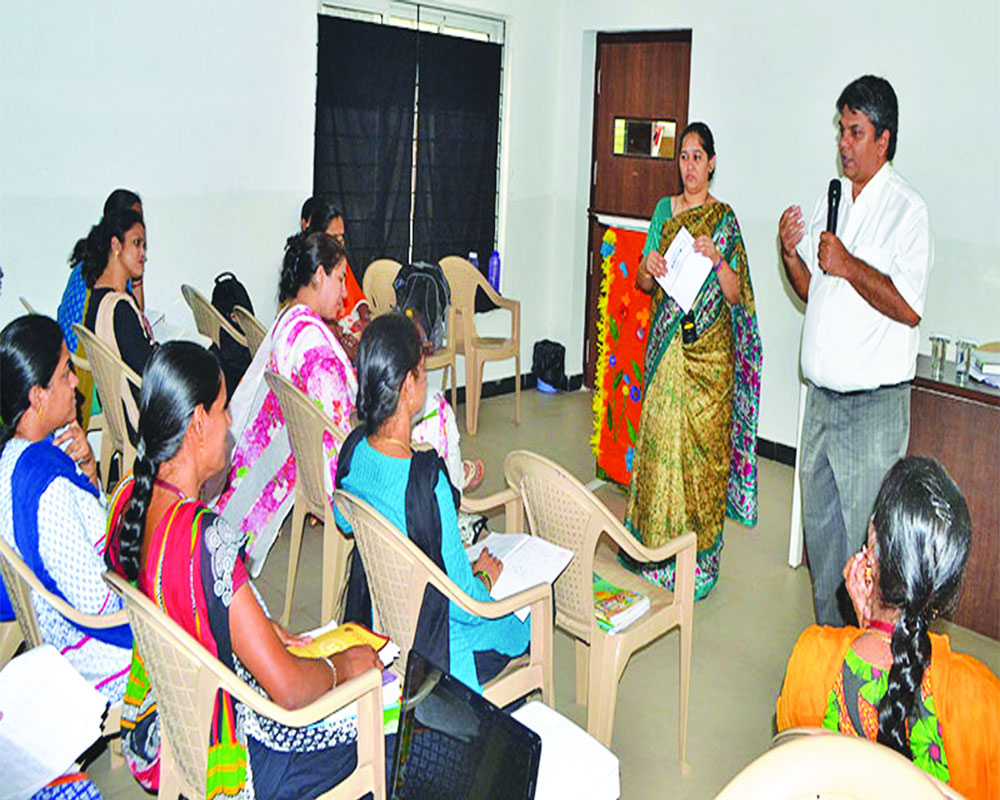 The Justice JS Verma Committee in 2012 recorded the existence of around 10,000 teacher education institutes out to make a quick buck

The Madhya Pradesh (MP) legislature recently witnessed a rare scene. The Government didn’t contest the points raised by the Opposition; rather significantly, both sides showed equal concern. The issue reveals how callous and insensitive our systems are towards children in tribal and backward areas. In this case, the Government assured urgent steps to ameliorate the schoolchildren’s sufferings. Recall the constitutional directive to the State to ensure free and compulsory education to all children below 14 years. Now, the revelation: Alirajpur, Jhabua and Mandala are tribal districts in MP with 256, 208 and 237 Government schools, respectively, but without a single teacher. The district of Badwani tops the list with 408 “shikshak-viheen” schools. The current Opposition was in power till a couple of months ago; the new dispensation squarely blames it for this situation. No one accepts responsibility for the continuing fiasco; there are practically no provisions to hold people responsible. There, however, is no dearth of pious assurances.

In the time of global initiatives to meet the Sustainable Development Goals (SDGs-17) by 2030, this may appear shocking to those who are striving to successfully achieve SDG-4: “Ensure inclusive and quality education for all and promote lifelong learning.” The UN explains: “Obtaining quality education underpins a range of fundamental development drivers. Major progress has been made towards increasing access to education at all levels, particularly for women and girls... The world has achieved equality in primary education between girls and boys, but few countries have achieved that target at all levels of education.”

India is being recognised globally as a nation of young people who have earned appreciation in intellectual and technological arenas. Distressingly, such islands of neglect and exclusion inflict irreversible damage on the image of India and Indians, apart from the sinful deprivation being thrust upon innocent young children. Such conditions persist only because of a lethargic and archaic work culture that continues to prevail in the departments of education in most States and UTs. This, if not transformed urgently, could seriously impede the implementation of the National Education Policy (NEP-2020). The challenges that emerge before the implementers of the NEP-2020 include filling up of such breaches at the earliest. The State Governments have to play a major role in redressing such deficiencies as school education is solely their responsibility.

It is high time that past experiences are incisively analysed and transformed into lessons for the future. The NEP-1986 led to several initiatives that had the potential to transform the school education scenario in quality, character and relevance. The Centre had come in a big way to assist the States. I would like to recall only two such schemes: Operation Blackboard (OB), and restructuring and strengthening of teacher education institutes (TEIs). As a lateral entrant to the bureaucracy from the world of academics, I was in charge of these two also in Shastri Bhavan, with very high hopes of enhancing the credibility of sarkari schools and the TEIs. By early 80s, the downfall of sarkari schools was visible while private schools, exceptions apart, emerged as a lucrative commercial enterprise. The craze for English medium had overtaken people willing to invest more in the education of their children. To implement the NEP-86, the Centre’s support included funds for an additional room, equipment and play material and an additional teacher for every primary school. There would be no single-teacher school in the country. Visiting an educationally backward tribal block, one came across a shocking instance of how things were moving. Under the OB scheme, there were 208 appointments as second teachers in single-teacher primary schools. Asking to meet a couple of them, it was revealed that all the OB teachers are now OD (‘on duty’ placement) teachers. Finally, it emerged that most of the new appointees got postings in cities and towns of their choice, leaving the single teachers to their fate. The TEI scheme also met with similar luck. Having headed the Regional Institute of Education in Bhopal for 11 years, one was convinced that the nation needs quality teacher educators who would prepare quality teachers, and the quality so generated would flow into every area of human endeavour.

For the TEIs, the Union Government offered financial support. Buildings came up, all the posts of support staff were filled up, but not many States were ready to fill up the academic positions on regular basis; they preferred the “on deputation” approach. The spirit of innovation was thus jeopardised. The mushrooming growth of TEIs during the last two decades attracted the attention of the Justice JS Verma Committee in 2012, which painfully recorded the existence of around 10,000 TEIs that were commercialising teacher education. The NEP-2020 has made serious recommendations on teacher preparation: “The teacher must be at the centre of fundamental reforms in the education system. The new education policy must help re-establish teachers, at all levels, as the most respected and essential members of our society, because they truly shape our next generation… The new education policy must help recruit the very best and brightest to enter the teaching profession at all levels, by ensuring livelihood, respect, dignity and autonomy while also instilling in the system basic methods of quality control and accountability.” This says it all.