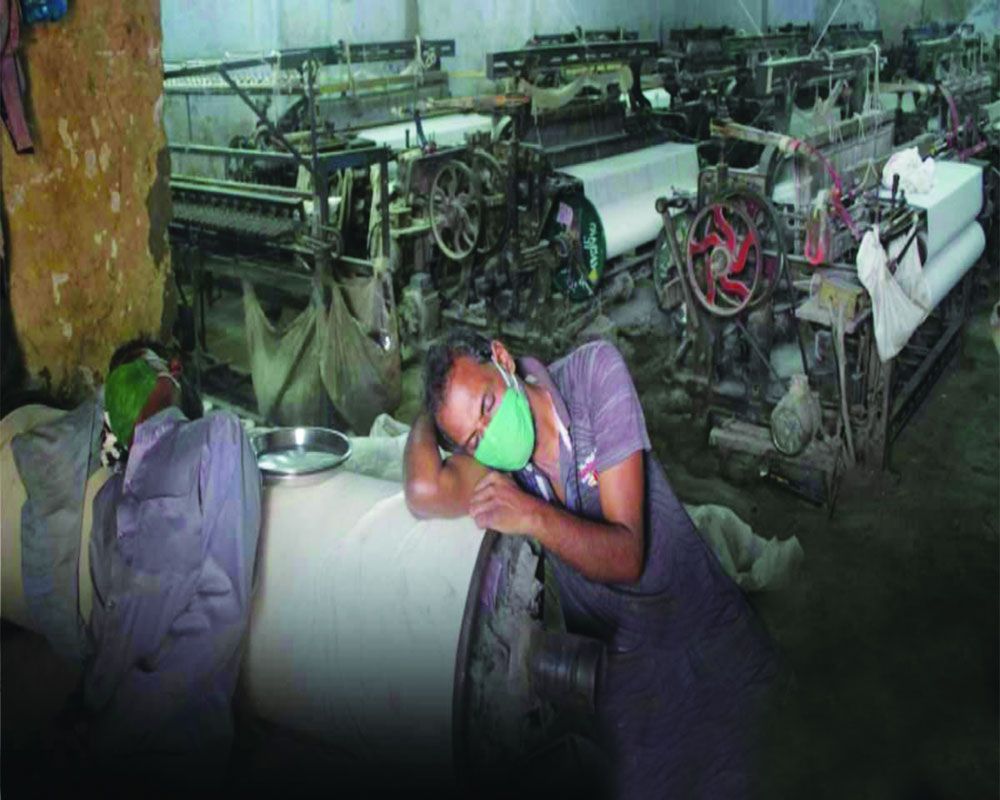 It portrays a troubling, divergent economic future where the economy rebounds unevenly

The Indian economy is growing after the lockdown that halted all economic activities was lifted but the growth story remains a mystery. The Economic Survey projected it at 11 per cent, Reserve Bank of India (RBI) at 10.5 per cent, International Monetary Fund (IMF) at 11.5 per cent, World Bank in a wide range of 7.5-12.5 per cent and the United Nations Economic and Social Commission for Asia and the Pacific (UNESCAP) puts it at 7 per cent over a contraction of 7.7 per cent through 2020.

According to the ESCAP report 2021, India entered the pandemic-induced lockdown with subdued Gross Domestic Product (GDP) growth and investment. It states: The pace of recovery further moderated in the fourth quarter of 2020-21 with estimated year-on-year growth still close to zero. India’s 2021 economic output is expected to remain below the 2019 level . It is almost on a par with National Statistical Office (NSO) projection at 8 per cent contraction in 2020-21, showing the lockdown impact. It estimates that the pandemic has pushed an additional 89 million people of the region into extreme poverty in 2020.  The ESCAP praises China for becoming the only major economy worldwide to achieve a positive annual economic growth rate in 2020. But for the rest of the region, including India, the recovery is likely to be K-shaped. The economists use U, V and W to forecast different kinds of financial future. The K-shape is a new symbol and portrays a troubling, divergent economic future, one where the economy rebounds unevenly and where the wealthy benefit while everyone else are left behind.

The repeated fear psychosis and threat of partial or complete lockdown again is likely to create more business uncertainties and delayed recovery. Coupled with high policy quandary, officially-sponsored price rises, through heavy taxes on petroleum, other fuels, increasing toll taxes on roads and consequent rise in fare, freight and rail costs, caused 5.03 per cent inflation in February, 2021, meaning despite wage contraction an individual’s expenses increase by over 5 per cent. It may show a “better” GDP in monetary terms but in reality it will be a regression, where people’s purchasing power reduces. The disinvestment drive has not succeeded during the past three years. Even now the policy, though being steamrolled is raking up issues of how India would manage its future through an oppressive private sector. It has also raised questions of disposing off assets worth Rs 2.10 lakh crore. There are no clear answers whether such sales would help the country or pauperise it. On the other hand, the unemployment rate in the country declined to 6.52 per cent in March from 6.90 per cent in February, as per think-tank Centre for Monitoring Indian Economy (CMIE). This conceals the real numbers, of job losses during the 2020 lockdown and does not include millions of under-employed or semi-employed. The rural sector is in the twin crisis of poor cash flow and glut of agricultural produce. This is giving rise to discrimination, puts brake on industrial and manufacturing recovery and restoration of the economic health. The Oxfam reports that the top 10 per cent of the Indian population holds 77 per cent of the total national wealth, 73 per cent of the wealth generated in 2017 went to the rich one per cent while 67 million Indians, the poorest half of the population, saw only a one per cent increase in their wealth. The uncertain Indian growth story, distress of the people due to complicated tax policies or little boost to production tells of a peculiar lack of thought. The planning process needs to be reacalibrated for turning the economy around on a fast track.

( The writer is a senior journalist. The views expressed are personal.)