Keepers of indigenous knowledge and insight

Keepers of indigenous knowledge and insight 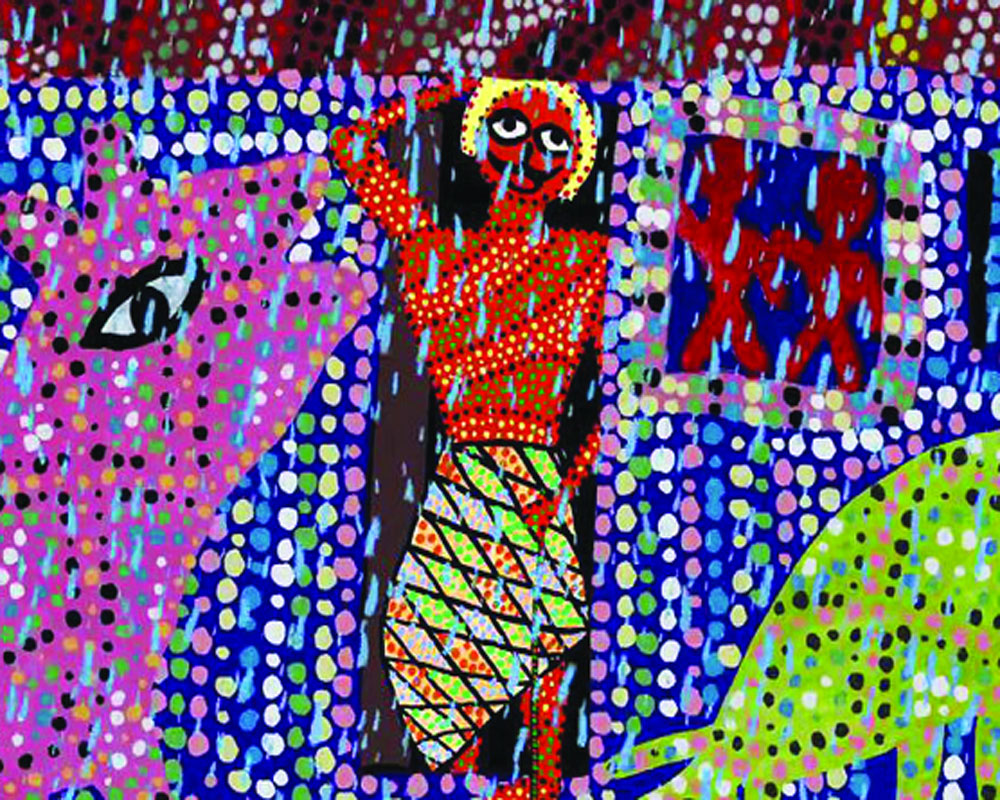 Women are at the forefront of struggles to protect the environment. Can their role in the ‘Chipko movement’ to save the forests ever be forgotten?

As the darkness of the night begins to set in, there is only one house in Pune’s bustling Budhwar Peth area which is lit by oil lamps. In this small house lives Hema Sane, a retired  professor of botany. The 80-year-old Sane has authored over 25 books, many of which are course books for graduate students of botany studying at the city’s famed Savitribai Phule University. But this is not why she is pleased with her efforts. What makes her happy is that she was able to continue her habit of writing even at night despite not having electricity. Writing by candlelight was not new or strange to her. With no electricity in the house since birth, Sane became an expert in managing without it. Her doctorate (Ph.D) in botany was also completed with the help of oil lamps and candles. “I don’t have a refrigerator, television or oven because I don’t have electricity. My parents also didn’t have power. I have lived all my life without electricity and don’t see the need for it. I am happy living in harmony with nature,” she says.

Many are of the opinion that she is insane to live the way she does, surrounded by trees, plants, birds, cats, dogs and piles of books. “If you type my surname (Sane), the internet will tell you it means sensible. The opposite of sane is insane or mad.  This is what some people say about me (that I am mad) when they hear I have chosen to live without electricity,” says Sane with a chuckle.  Living without power amid the hustle and bustle of a cosmopolitan city is not the only factor that makes Sane’s life so fascinating. She is an institution in herself (her impressive academic record includes degrees in Indology as well) and inspired one of her botany students to name a new plant variety after her name.

It also motivated film-maker Ramana Dumpala to make her the subject of his award-winning documentary film. Aptly named ‘Glow Worm in a Jungle,’ the film explores her life and work, and her steadfast refusal to give up her rundown house to a builder because it would mean leaving her best friends — the trees, plants, birds and animals —behind.  Interestingly, the film-maker shot the entire film in the light that filtered in during the day and from the oil lamps and newly-acquired solar lamps in the night to honour her philosophy of using natural resources.

Sane’s abiding bond with nature, the courage to challenge existing values and practices and offer new perspectives about ways of living is also why this film was chosen as a part of the ongoing ‘Rising Gardens Film Festival.’ A part of the One Billion Rising (OBR) campaign in India, the online Festival showcases acclaimed documentary and animation films on women and their cosmic connection with nature, agriculture and the environment. Held annually, the OBR focuses attention on the strength of women through various forms of creative expression.  This 2021 campaign explores the influences that have shaped the world, its revival, restoration and transformation. Since OBR was launched in 2012 as a call for the world to rise against the widespread violence against women and girls, this year’s theme of ‘Rising Gardens’ has been so named to underline that communities must rise to respect and protect both women and mother Earth if life is to exist.

The exploitation of nature and the oppression of women are deeply linked, contends Kamla Bhasin, coordinator, OBR South Asia. “It is the larger, unjust systems that make this violence against nature and women acceptable and even necessary for its perpetuation. In response to this, the OBR campaign is pushing us to work towards healing the environment and our communities by growing gardens, directly challenging capitalist patriarchy which has increasingly pushed us away from mother nature. We call to build gardens and communities where everyone can flourish,” says Bhasin.Curated by Reena Mohan, an award winning independent documentary film-maker, the festival has been organised by Sangat, a feminist network. The aim of presenting 48 films of hope and resilience from 11 countries over the next four months is to show that communities can imagine a better way to live without destroying nature.

“These are stories of courage, compassion and hope, with women at the fore, engaged in either environmental or agricultural work or presenting a significant connection to nature. These are works that challenge, inspire and expand our vision,” states Mohan.

One such film is about the Bhils, a large tribal community, primarily residing in Madhya Pradesh. While paintings made by the Bhil community are famous for the stories they narrate about their land, animals and deities, what is less known is the fact that painting for them is akin to offering a prayer. ‘Hum Chitra Banate Hain (We Make Images)’ is an animated interpretation of how Bhil art originated and why it is so closely connected to nature and the lives of the community. The film centres around an elderly woman from the community whose traditional wisdom about nature leads the community out of its long-standing problem of water scarcity. This turnaround in fortunes and the subsequent prosperity arising from good crops and good health is recorded by drawing pictures first on clay pots and then on walls of their huts. Since then, every painting is a story of the land told through the depictions of people, animals, deities and their festivals.

What makes this collaboration between the indigenous Bhil artist Sher Singh and film-maker Nina Sabnani so engrossing is the beautiful way Bhil paintings have been animated to tell the little-known story and the engaging way a rooster has been used as the storyteller in the narrative. One of the reasons why Sabnani wanted to make this film was to tap the rich resource of oral histories of the Bhils which has remained unappreciated and unknown outside the community. “These narratives, which store the knowledge and wisdom of the Bhils, represent their unique ways of seeing and experiencing the world and are a part of their cultural identity. These stories and their indigenous knowledge may be lost with communities migrating for economic reasons. To create a film that drew upon their knowledge and their art so that we could learn from them became a reason for us to come together,” explains Sabnani.

Many times indigenous knowledge of the land is dismissed as unscientific. But when women in science use their knowledge to explain why conservation and protection is imperative, their work is not taken seriously enough. Sri Lankan ocean educator, Asha de Vos, faced this form of discrimination. “I was told that I was too young or that I was too female”, says de Vos, a pioneer of blue whale research. Her journey to become a marine biologist, considered by many as a male domain and the challenges of being a South Asian woman in science presented in the form of an interesting animated interview by Sri Lankan director Irushi Tennekoon, strikes a familiar chord. Even in India, women scientists become targets of prejudice and gender bias. This is probably why only 15 per cent of the Indian research and development workforce in the country are women. Fortunately for de Vos, she was able to cross all such hurdles and now heads Sri Lanka’s first marine conservation, research and education organisation.

Women have traditionally been storehouses of indigenous knowledge and wisdom. They are at the forefront of struggles to protect the environment. Can the role of women in the Chipko movement to save the forests or their immense contribution during the Narmada Bachao Andolan ever be forgotten?  Whenever they have risen, they have become agents of change, using their knowledge and expertise to mitigate adversity and offer adaptation strategies. Just as these films underscore, respecting women’s skills, resourcefulness and leadership can boost gender equality, address climate change and protect the planet.