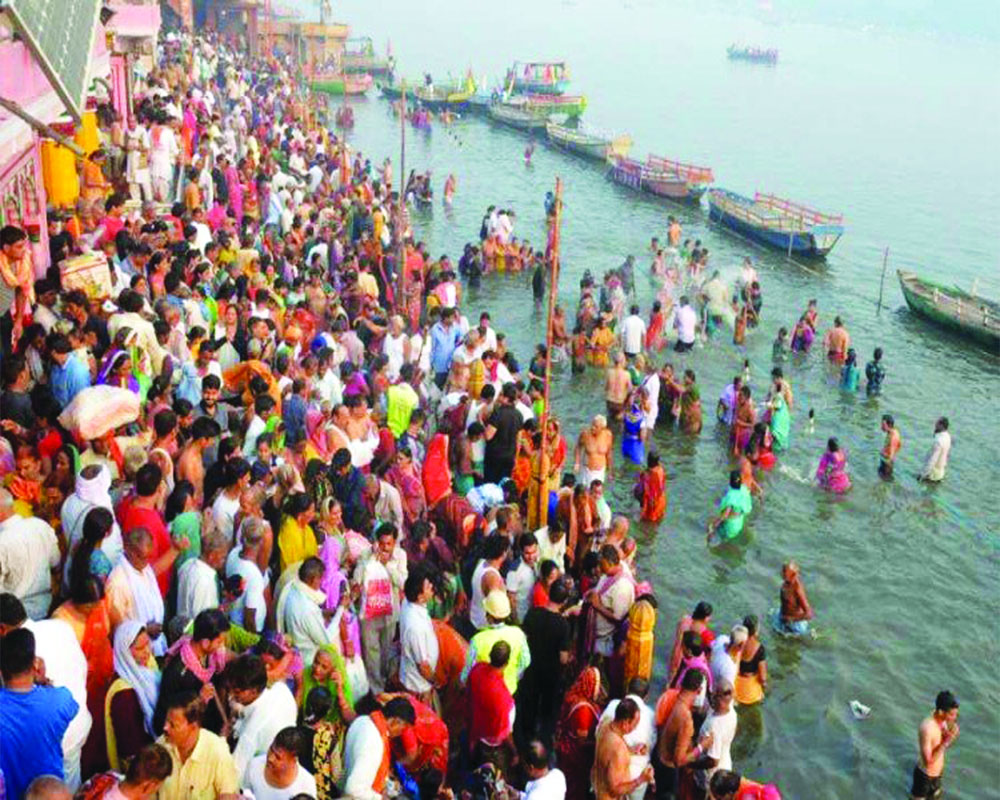 As the nation stares at another surge, Haridwar is taking it easy despite drawing mammoth crowds

As India on Monday marked the first anniversary of the “Janata curfew”, the first time that the nation realised the true gravity of the pandemic, it’s a good time to introspect where we stand 365 days and thousands of deaths later. Actually, it seems that after the initial spurt and the subsequent tranquilising trough and now facing another menacing crest, nothing has really changed. As we stare at the second COVID wave looming, the last 24 hours saw 46,951 fresh Coronavirus cases being reported — the biggest single-day jump since November 7 — which takes the country’s tally to 1,16,46,081 total infections. Of these, over 1.11 crore people have recovered and 1,59,967 deaths have been recorded. In the past week, India has registered the sharpest surge in fresh infections in nearly four months after the spread of the virus had seemed to slow down. Most of the fresh cases have been reported from Maharashtra, Punjab, Gujarat, Karnataka and Tamil Nadu. Restrictions have returned at several places across the country as the Government and experts point out that the violation of protocols is leading to the resurgence of cases. Globally, over 12.3 crore people have so far contracted the virus; 27 lakh people have fallen prey to it.

In the midst of all this mayhem, the city of Haridwar is nonchalantly hosting the ongoing Kumbh mela, prompting the Centre to issue an advisory to the Tirath Singh Rawat Government in Uttarakhand to shore up anti-COVID arrangements. A Health Ministry team had recently raised the alarm that 10-20 pilgrims and almost an equal number of locals are testing positive every day for the virus and that such a high rate of infections had the potential to rapidly turn into an “upsurge” in the number of cases. The ceremonies linked to Kumbh, which takes place at Haridwar, Nashik, Prayagraj and Ujjain every 12 years by rotation (though it is this time taking place after 11 years owing to suitable planetary alignments), would last most of next month with several days in April corresponding to the “Shahi snaans” (royal bath) expected to see upwards of five million converge on a single day. This development assumes significance because Rawat had recently announced that a negative COVID report won’t be made mandatory for visiting Haridwar and assured the devotees that all “unnecessary” restrictions imposed to contain the spread of COVID will be removed for the event, asserting that “faith is stronger than fear”. Interestingly, on Tuesday afternoon, the 56-year-old Chief Minister tweeted that he has tested positive for Coronavirus. We, as a nation, must understand that the virus neither follows a calendar, nor respects geographical boundaries, nor does it care for the “COVID fatigue” that we all have fallen prey to during our solitary confinement and isolation at home. The only way to fight Coronavirus is to have stringent mask discipline, avoid stepping out in public space and wash hands frequently and not get taken in by the false sense of security that “the pandemic is over because vaccines are here”.