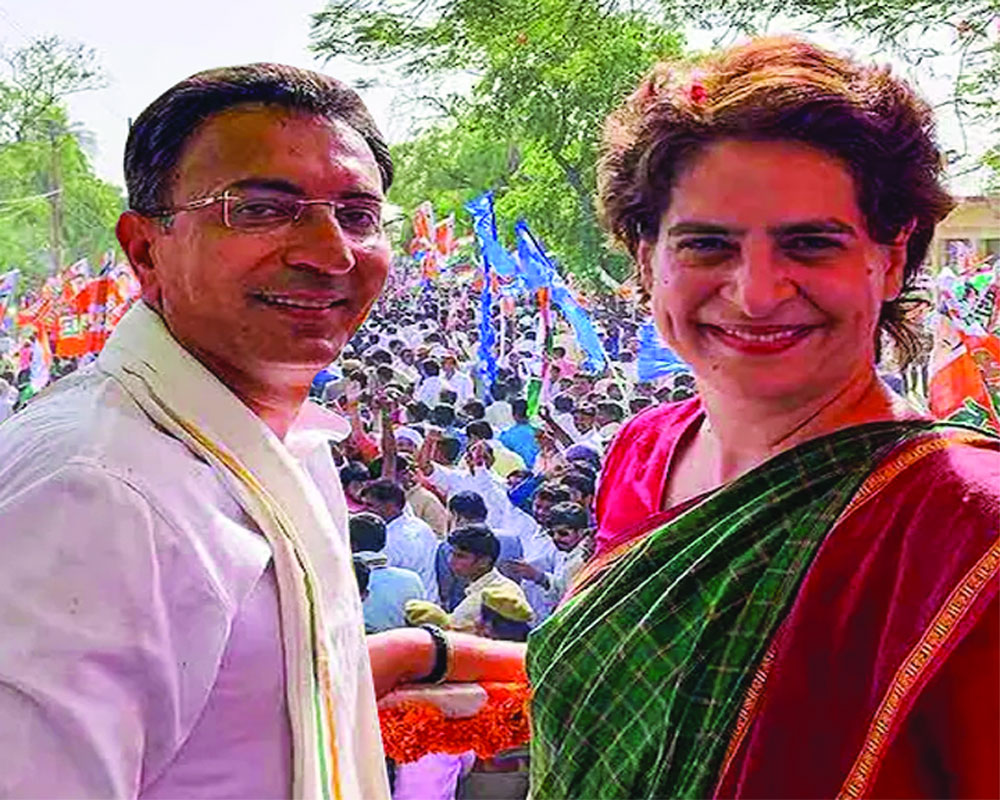 With nothing seemingly going his way in the Congress, Jitin Prasada has taken a leap of faith

The election season is upon Uttar Pradesh. Even though the State Assembly, last constituted in 2017, has breathing time till March 2022, politics has already warmed up with one of the prominent UP Congress faces, Jitin Prasada, shifting allegiance to the BJP. The latter, being the incumbent party readying to return to power, got a fillip with Prasada’s entry. Political pundits promptly did some caste calculations to point out Prasada being a Brahmin, his shift would boost the sentiments of members of that caste in the BJP and even bridge any schism caused by the Brahmin-Rajput political rivalry in the State. It is not the case that the BJP is desperately looking for Brahmin support right now. Be that as it may, the young leader’s departure first and foremost perhaps represents the frustration among Congress leaders of his stature in UP and, secondly, tells the story of the Congress itself at a time when the party would be looking to the coming Assembly elections to somehow resurrect itself politically. It drew a blank in West Bengal, lost to the Left Front in Kerala and was thrown out of power in Puducherry in the last round of Assembly elections. The coming round is a tougher task, with six of the seven States having the BJP Governments. Uttar Pradesh is where the fight is, really. It has the highest political stakes for all parties, the BJP in particular, but the Congress has its back to the wall.

For one, Rahul Gandhi lost his Amethi seat in 2019. His sister, Priyanka Gandhi Vadra, is a member of neither House in the Assembly though she is the All India Congress Committee (AICC) general secretary for the State. The brother-sister duo is occasionally seen at events in the State, but that just about sums up the Congress presence there. Senior Congress leaders like Pramod Tiwari, Salman Khurshid or Imran Masood appear to have been sidelined or faded away, though Tiwari at least managed to hand over his Assembly seat to his daughter. The only leader of sorts is Priyanka’s appointee, the current UPCC chief, but he has little acceptance among the old guard. The party cadre is divided into numerous camps, with nobody from Delhi there to hear them out. Jitin Prasada was lucky in that the high command made him election in-charge for West Bengal at least. The local Pradesh Congress Committee refused to recognise him and he remained largely ignored. The AICC did not help him out, either. He cut a sorry figure, returning with a zero win. Perhaps that was the last straw. He may not have seen much benefit remaining in the Congress — he had already lost the last three elections he contested in UP. His career, politics and stature at stake, he acted decisively, taking up the BJP offer that came to him “sometime ago”. Now it is the turn of the Congress high command to act, not just to prepare for the elections, but to prevent Prasada’s exit sparking a cascade.