Learning to create a world of peace

Learning to create a world of peace 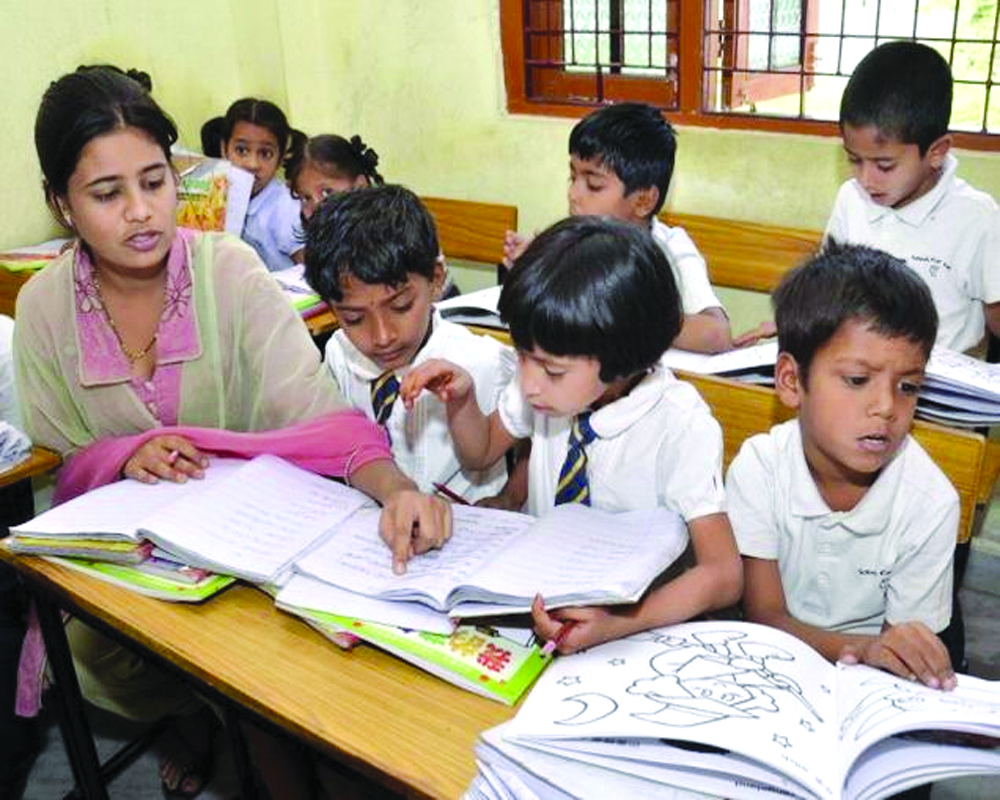 The first two decades of the 21st century are over. We are saddled with wars and violence all around, distrust and apprehensions can be smelled across international borders, and terrorism and fundamentalism have wracked the backbone of several nations, leaving them in greater poverty and insecurity. Imagine the plight of those who are forced to migrate to unfamiliar lands. This happens despite the fact that a considerable number of nations has moved ahead economically and achieved some semblance of social and cultural uplift, besides the equality of opportunity in access and success. Looking around, one would find global deliberations getting centred around markets, GDP growth, economic policies; of course issues like global warming, climate change and environmental degradation do come up regularly, but without much commitment. The greatest promise of the 20th century was inclusion, equality of opportunity, and that meant human dignity to all those who had been deprived of it by vested interests, suffering subhuman practices like racism, apartheid, caste considerations, gender subjugation and a lot more. The biggest decision of the 20th century was to respect diversity and cut down on exclusion.

Numerous initiatives at the national and international level may be cited in support of an emerging climate that would permit every human to savour the scent of fresh breeze in an environment of liberty, equality and fraternity! By implication, it would mean eradication of ignorance, poverty, poor health and universal access to human rights. People in such a society must know their rights and be committed to performing their duties. When the UNO (now the UN) was established on October 24, 1945, it was expected that the world would henceforth move towards global peace, harmony and brotherhood. The same year, Unesco was also born with a preamble to its constitution that generated huge hopes all around: “Since wars begin in the minds of men, it is in the minds of men that the defences of peace must be constructed.” The untold sufferings of the World Wars and the cruelty on Hiroshima and Nagasaki left people with no option but to strive hard to avoid wars in future, and sincerely move towards a world of peace. To augment their faith, there were luminaries like Albert Einstein and Mahatma Gandhi. They motivated many more, prominent mentions being Martin Luther King, Jr, and Nelson Mandela. Yes, there was an alternative available which preached global brotherhood through mutual trust and faith in truth and nonviolence. Unfortunately, it has not clicked effectively so far.

The how and why of the dichotomy of the expectations of the 20th century, and where we stand in the 21st at this stage, deserves an incisive scrutiny. The fundamentals were not beyond the comprehension of the luminaries who had an awareness of factors that could lead to serious distortions of the core values necessary for a vibrant democracy. When Gandhi responded to Julian Huxley, the then Director General of Unesco, on the draft of the Universal Declaration of Human Rights Charter, he put on record an eternal guiding principle which is the lifeline of sustaining humanity on earth: “If everyone does his duty, everyone else would get his right.” Men and women devoted to the cause of human rights the world over would not find even a treatise on the subject that could say more. This principle is to be implemented at the grassroots, and should extend to the top level. There are only two ways to achieve the transformation: Those in control of power and authority at every level are convinced that to create a better tomorrow for the generations ahead — including their own kith and kin — they must be honest to themselves and perform their duties with integrity. Without this, they would be totally unfair to their progeny. This could be a national campaign. In the long term, schoolteachers could be roped in to realise how they are the prime movers in the process of preparing the next generations. In fact, they are at the top of the workforce pyramid that creates national future.

They are the acharyas; people are supposed to follow their conduct, character and composure. They are the original icons. If a teacher is punctual, sincere, dexterous and empathetic, he would never have to tell children about values and human qualities. These would silently be absorbed by his wards. A national plan on these lines shall need no financial investment. It is the initial schooling that could — without burdening the textbooks — let children learn that nature could offer sufficient resources to meet the need of everyone but not the greed of anyone. A generation could be prepared in about a decade that would sincerely realise its primary role in maintaining the sensitive man-nature relationship and be ready to accept its responsibility to maintain and sustain it.

Human beings have the gift to envision, both individually and collectively. As humans we have not applied our minds, and often human indiscretion and greed have triggered disasters that were already anticipated. The latest tragedy in Uttarakhand could be one more eye opener. Too many hydel power plants, cutting of trees and indiscreet mining were known to cause disasters. Let this warning from Mother Nature not go unheeded.