Leprosy must not be forgotten amid the pandemic

Leprosy must not be forgotten amid the pandemic 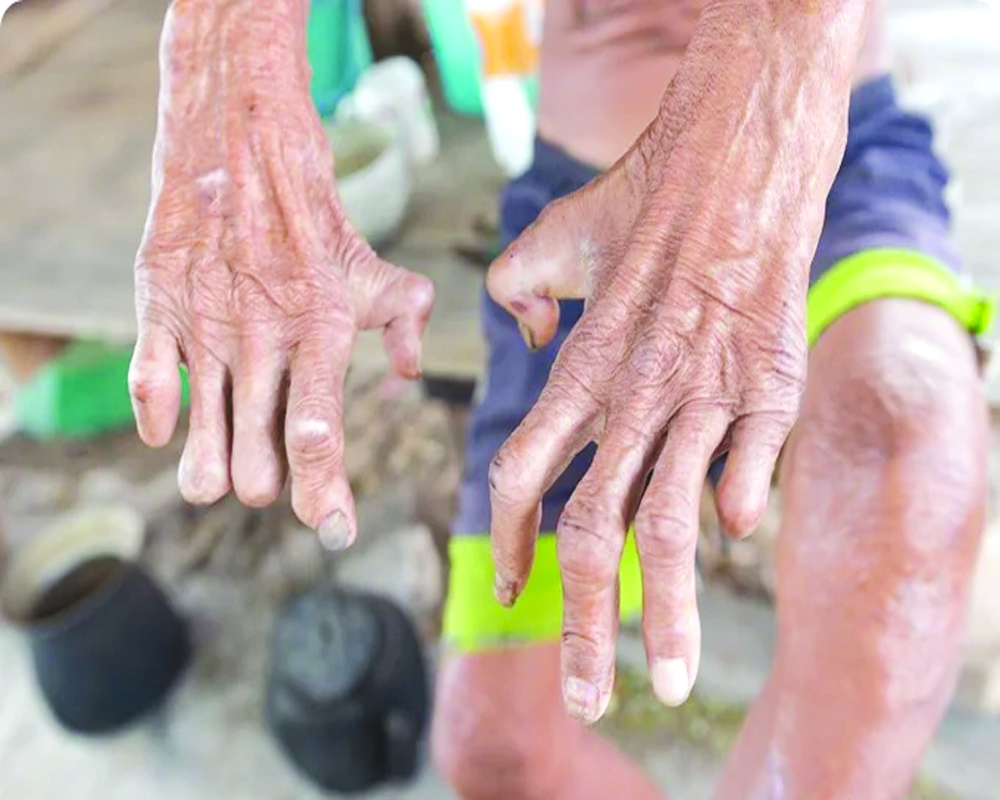 Today, we can see parallels in discrimination and hostility between the COVID-19 patients and those affected by leprosy

The 74th World Health Assembly (WHA) takes place from May 24 to June 1. This year's gathering is likely to dominated by COVID-19, but here I want to talk about a different disease-leprosy-and a resolution that was adopted at the WHA exactly 30 years ago.

This resolution called for the elimination of leprosy as a public health problem at the global level by the year 2000, with elimination defined as a prevalence rate of less than 1 case per 10,000 population. It was a landmark resolution for the time.

Leprosy, also known as Hansen's disease, is a chronic infectious disease caused by the bacillus Mycobacterium leprae. It mainly affects the skin and peripheral nerves and is said to be one of the oldest diseases in human history.

Today an effective treatment exists in the form of multidrug therapy (MDT) and with early detection and treatment, the disease is completely curable. But if treatment is delayed, leprosy can cause impairments to the skin, nerves, face, hands and feet, and lead to permanent disability. Together with deep-seatedfearsand misperceptions about the disease, this has subjected persons affected by leprosy as well as their family members to severe discrimination, which continues to this day.

Sadly, amid the coronavirus pandemic, we can see parallels between the discrimination and hostility toward COVID-19 patients, their families and health personnel that has been reported in different parts of the world and society's attitudes toward leprosy.

Following the 1991 WHA resolution, elimination of leprosy as a public health problem was successfully achieved at the global level by the end of 2000, and almost all countries, including India, have replicated that success at the national level. Unfortunately, this does not mean that leprosy has disappeared.

Each year, around 200,000 new cases of leprosy are reported to the WHO, withIndia accounting for more than half of these. There are still endemic areas and scattered hot spots of leprosy in many countries and some three-four million people are living with visible impairments or deformities due to leprosy. Meanwhile, the persistence of stigma and discrimination can inhibit people from seeking treatment.

Since becoming WHO Goodwill Ambassador for Leprosy Elimination in 2001, I have visited some 120 countries and observed the situation on the ground for myself. This has led me to think of leprosy in terms of a motorcycle: the front wheel symbolizes curing the disease, and the back wheel represents eliminating discrimination. Unless both wheels are turning together, we will not reach our ultimate goal of zero leprosy.

As regards the front wheel, the WHO recently published its new Global Leprosy Strategy 2021-2030, which includes the ambitious targets of zero leprosy patients in 120 countries and a 70 percent decrease in new cases detected globally by 2030. In order to achieve these targets, there will need to be commitments and financial support from governments; this is not something the WHO can achieve on its own.

Concerning the rear wheel, I have worked hard to have leprosy recognized internationally as a human rights issue since the early 2000s when I first approached the Office of the UN High Commissioner for Human Rights. One result has beenthe resolution on elimination of discrimination against persons affected by leprosy and their family members, adopted by the UN General Assembly in 2010.But the real measure of success will be when principles and guidelines accompanying the resolution are fully implemented.This must include abolishing or amending laws that discriminate on the grounds of leprosy, of which there are around 100 in India.

Over the past half-century, in India, the government is working diligently to combat the disease, and in the private sector, NGOs such as the Sasakawa-India Leprosy Foundation and the Association of People Affected by Leprosy (APAL) have an important role to play. But challenges remain. Especially now, during the COVID-19 pandemic, it is important that we do not lose sight of leprosy and continue to build on the progress made.