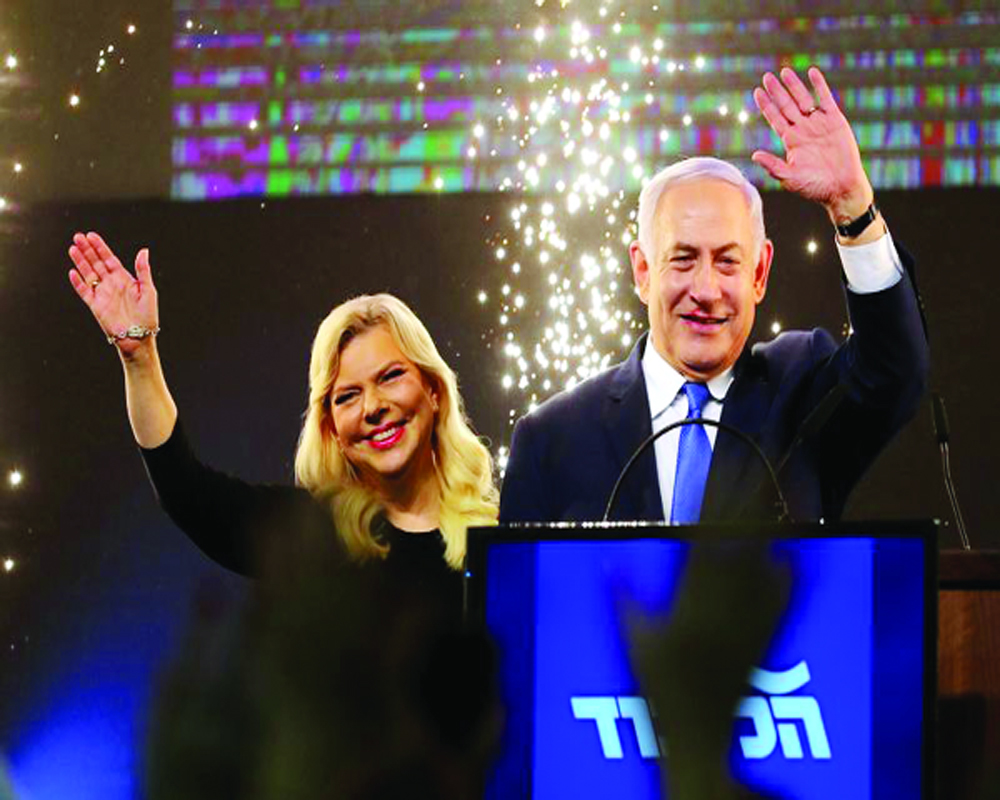 Irrespective of whether Netanyahu stays or goes, it can’t be denied that his Likud party has changed the contours of Israeli politics forever

With four inconclusive elections to the Knesset in the last two years, Israel’s politics is badly fragmented. While Likud is still the leading party in the 24th Knesset, its 30-seat performance is the poorest in recent times. Many attribute it to Prime Minister Benjamin Netanyahu’s brashness, arrogance and corrupt policies. He might have to stand trial for four distinct charges of corruption and sleaze against him. Politics in Israel has always been fissiparous. Parliamentary groupings (alliances) are common for cobbling up a majority in the 120-member legislature. On most occasions, the Knesset failed to complete its four-year term and a new Government was sworn in sooner than the Knesset dissolved. Israel witnessed 34 Governments during the previous 23 Knessets.

Whether Israelis have practised democracy to the hilt, or to a fault, is a matter of opinion. They organised the first general elections to the Knesset on January 25, 1949 — less than a year after declaring independence on May 14, 1948. Israel’s declaration of independence was accompanied by its battle for survival against the Arab Army’s attack aimed at annihilating the new State. Despite many Arabs of Palestine fleeing, a portion stayed back. Almost 30,000 Arabs voted in the first general elections (1949) and nearly 70,000 in the second (1951). Israel, based on universal adult suffrage, was the first country in the world to enfranchise Arab women.

Democracy in Israel might be seen as an American influence, its stalwart ally. However, it is largely forgotten that a Communist USSR was the first country to recognise an independent Israel de jure and supply it with arms and ammunition (through Czechoslovakia), which helped Israel survive the Arab attack. Previously, on May 14, 1947, (exactly a year before Israel’s declaration of independence) it was the USSR’s permanent representative at the UN Andrei Gromyko who had proposed in the UN the plan to partition the mandated territory of Palestine between the Arabs and Jews; thus leading to creation of sovereign Israel. It is another thing that the USSR, which turned anti-Israel and pro-Arab by 1950, tried to erase these aspects from the public discourse.

The birth and survival of Israel is popularly presented through the prism of Jewish-Arab discord. It is generally overlooked that pro-Zionist Jews were themselves affected by tumultuous ideological disputes. One of the best-kept secrets is how this dispute led an independent Israel to practise apartheid against a section of its own Jewish citizens for the first 30 years. The struggle has its origins in the ideological conflict between David Ben-Gurion (1886-1973), a committed Socialist, and Z’eev Jabotinsky (1860-1940), who espoused Revisionist Zionism and created Jewish self-defence units for the first time in two millennia. Both were from the former Russian Empire. This split the Jewish underground active defence into mainstream Haganah and fringe Irgun and Lehi. The more militant Irgun and Lehi, following Jabotinsky’s footsteps, believed in fighting the British as well as Arabs, while fighting the former was not on the agenda of Haganah.

In this power struggle, Ben-Gurion apparently emerged victorious. Not only he became the first Prime Minister of Israel, but his Mapai (Labour) Party ruled Israel for a quarter century, ending with his protégé Golda Meir’s exit in June 1974. Despite its splintered politics, the Social-Democratic nature of Israel made Mapai an extremely powerful agency to control the economy, education, labour market, media and Army.

Ben-Gurion acted vindictively against the Jewish families which had served in Irgun and Lehi. Though their citizenship could not be cancelled as per Israel’s Law of Return (1950), they were practically ostracised. While Irgun and Lehi were demonised as terrorist organisations in history books, their former fighters like Yitzhak Shamir (who later became the PM) could not get even a simple clerk’s job and Israel Eldad was removed from professorship after Ben-Gurion’s personal intervention. The graves of former fighters were not marked with Israel Defence Force symbols.

These families, restricted to a few colonies in Jerusalem and Tel Aviv, stayed close to each other sharing pride and pain. Their only notable representative in Knesset was Menachim Begin, a disciple of Jabotinsky. They named their children, born mostly in 1940s, after fallen fighters and heroes and brought them in the family tradition of pride, pathos and patriotism. It was from these families that emerged a whole generation of politicians including Ehud Olmert, Yair Shamir, Uzi Landau, Ruby Rivlin and, later, Tzipi Livni and Benjamin Netanyahu who would transform the scenario in Israel.