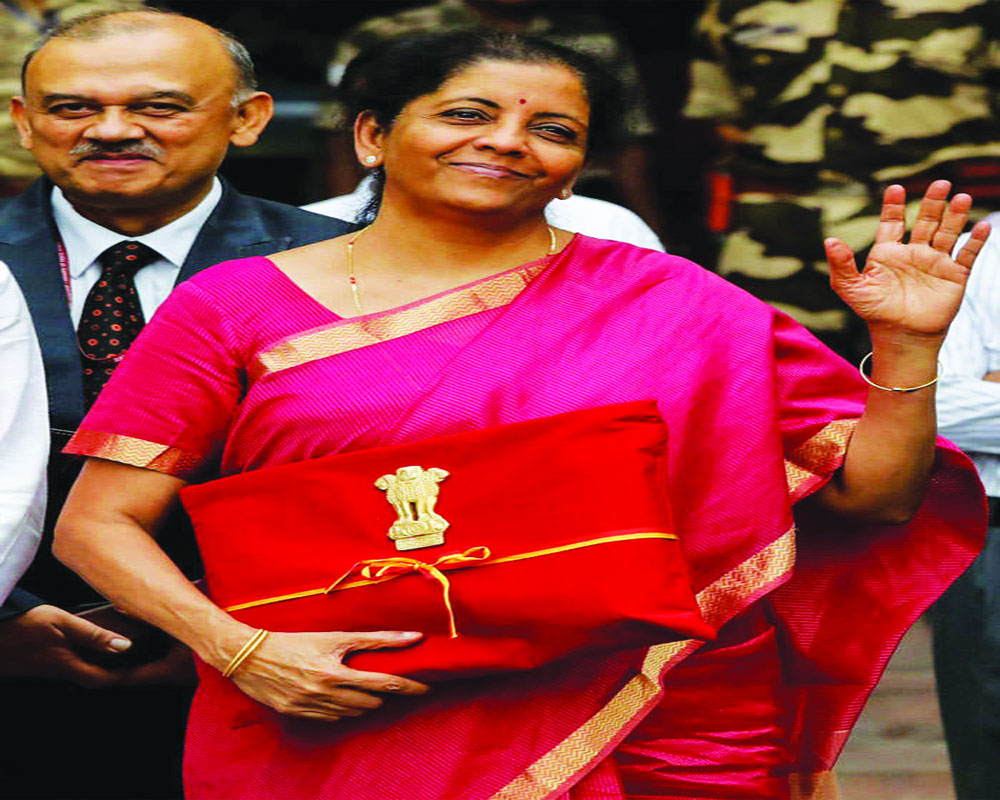 Though a few good measures have been announced, overall, the Budget has been found wanting

Stock markets, both the Sensex and the Nifty, closed lower  at 39,735 points and 11,644 points respectively after Finance Minister (FM) Nirmala Sitharaman presented her Budget on Monday. Although the FM proposed several and diverse measures to boost economic growth over the next year, it failed to cheer up the country as a whole. Plus, last year the common man suffered greatly on account of job losses and salary cuts during the pandemic and this will remain a major source of concern this year too. The common man would like to have more cash in hand and any policy, rule or regulation that helps achieve this goal is always welcome. However, this year’s Union Budget failed to give relief as the FM left the individual tax slabs unchanged, which means that the basic exemption limit stays at Rs 2.5 lakh per annum. Income between Rs 2.5 lakh-Rs 5 lakh will be taxed at five per cent; between Rs 5-Rs 10 lakh at 20 per cent and income above Rs 10 lakh will be taxed at 30 per cent. There is also a surcharge for the super-rich in the income category of Rs 1 crore, Rs 2 crore and Rs 5 crore. Any change, either expanding the tax slabs or reducing the tax rate would have been welcome. However, there is a sliver of hope for those senior citizens whose income consists of only pension or interest, as they are exempt from filing Income-Tax. Again, this appears too little, too late. Either the exemption should have included other sources of income of senior citizens or the age bar should have been at least 70 years.

Another burden imposed on the people is the agriculture infrastructure and development cess of Rs 2.5 per litre on petrol and Rs 4 per litre on diesel. This will raise the monthly expenditure on travel and increase the prices of necessary household items, disrupting the monthly household budget of the common man. The interest earned on Provident Fund (PF) has also come under the tax ambit now. Thankfully, the FM has put a caveat here and has taxed the interest on any PF contribution that is Rs 2.5 lakh or above in a financial year. However, the Budget has brought some joy to homebuyers. Increasing the deadline from March 31 this year to March 31, 2022, homebuyers can claim an additional deduction of Rs 1.5 lakh over and above the existing deduction of Rs 2 lakh with respect to interest on home loans. However, this facility is available only for loans availed between April 1 this year and March 31, 2022.

Savings in bank accounts are one of the most common avenues available for the citizens and any corruption or financial irregularities within banks spell doom for them. To save common investors from any further inconvenience, the FM has announced a deposit insurance of upto Rs 5 lakh, which will be available to depositors in case of any untoward banking incidence. The reduction of import duties on gold and silver to 7.5 per cent from 12.5 per cent is another positive step, especially for women. The FM has also announced the Government’s intention of making the life of commuters easy by investing in new technologies for upgrading Metro rail systems in both tier-I and tier-II cities. Further, funding is earmarked for Metro systems of cities like Chennai, Bengaluru, Nashik, Nagpur and Kochi. The public bus transport system will also be expanded at a cost of Rs 18,000 crore.

Even though a few good measures have been announced, overall, the Budget has been found wanting as far as the common man is concerned. Sitharaman has failed to bring any joy to the middle income group, let alone the poor. The planned improvement in transport infrastructure and healthcare is appreciated, but it will take some time to eventually benefit the common man.