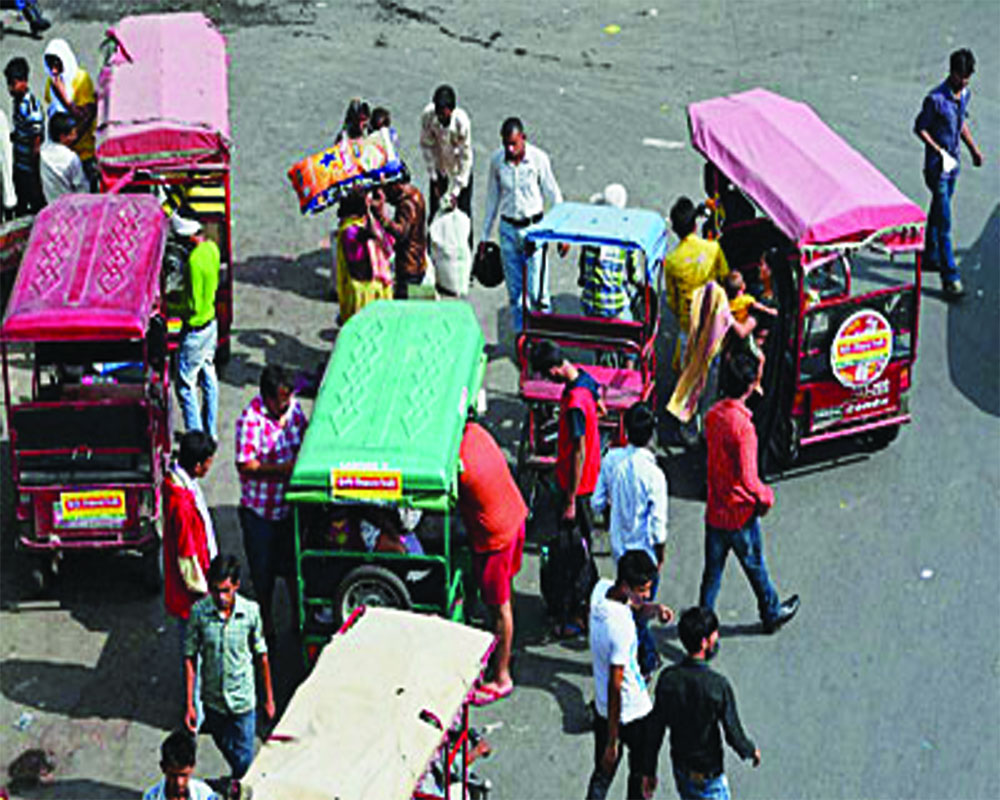 There is one thing that I have to get off my chest: The rapid adoption of electric three-wheelers, e-rickshaws as we call them, has been dramatic. Whenever an opportunity arises in India, companies emerge to take advantage of it. However, e-rickshaws while a brilliant mode of transport for last-mile connectivity are patently unsafe, which is particularly ironic since the Government is promoting vehicular safety by imposing new conditions on passenger vehicles and motorcycles while totally ignoring the e-rickshaw space.

That said, it would be silly to ignore how much e-rickshaws have changed the economic prospects of workers in many parts of India. In the part of Delhi where I live, e-rickshaws have given domestic workers the ability to travel to and from their homes for Rs 10 each way, saving them a half-hour one-way walk, which not only saves them from the intense heat of the summer sun but the time saved allows many such workers to take on another job, an investment of Rs 500 a month on transport allows them to earn much more.  The push towards safety, no matter how well-intentioned, will increase the price of e-rickshaws and thus the amount that users will pay; however it will need to be done because e-rickshaws need to be reined in.

But there is no doubt that the success of e-rickshaws is proof that electric vehicles can be a success as they have almost completely replaced cycle-rickshaws across major urban centres.

The reason for this success was simple; there was a need for last-mile transportation, which is non-existent in India. Transportation from bus stops, Metro and railway stations using auto-rickshaws was expensive and while cycle-rickshaws cost the same amount per ride as an e-rickshaw, they took longer. As such, these e-rickshaws have not been a ‘replacement’ of a mode of transport, rather they have been additive. While there have been some legal wrangles around registration and sales, an estimated 4,00,000 e-rickshaws were sold in 2019-2020, with over a million on the roads across India.

It would be prudent for the Ministry of Road Transport to establish better norms for the next generation of e-rickshaws, from passenger safety to battery disposal. But the Ministry as well as cities and States should look at other viable opportunities in electrification. Buses are often spoken about as the next big opportunity; being large ladder-on-frame vehicles, systems such as battery swapping are being spoken about for additional range. But what about buses that get used a bit less? Airport buses, for example. At many airports across India, buses are still used to transport passengers and crew to and from planes. Why can’t those and many other airport infrastructure vehicles such as baggage tractors and airline cars be electric? The additional costs of such equipment can be passed on to airline passengers, which amortised over millions of passengers will be a few rupees per ticket.

What about school buses and other transport for students? Most such transport is used only twice a day over a limited distance, usually well under 100 km, and most educational institutions have enough parking area to build charging infrastructure. Start calculating the impact of putting children in electric buses as it will help them understand the economic and environmental benefits.

But the biggest near-term electrification opportunity lies in commercial deliveries. The fastest growing sector of the Indian commercial vehicle market over the past decade has been Light Commercial Vehicles (LCVs). This has coincided almost perfectly with the rise of online commerce. While changing from the LCVs, colloquially known as “Chhota Hathi”, will be difficult with little charging infrastructure and uneven roads, the metropolitan areas can insist on a changeover to electrifying such vehicles. However, this cannot be abrupt and must not happen thanks to the fiat of a bureaucrat or Minister, let alone a judge in a court. But happen it must; a planned switchover in a couple of years will not only give the industry an opportunity to scale up manufacturing, it will also aid in the creation of charging infrastructure.

An even greater and blindingly obvious opportunity is in food and local delivery using electric two-wheelers. It is heartening to see that some delivery boys and girls have switched over to electric two-wheelers and even electrified cycles such as Yulu, but still not enough. A large order by a food retailer or even an e-commerce operator for electric two-wheelers specifically oriented for delivery will also give a massive boost to the manufacture of such products in India.

The holy grail of electrification is of course a wide-scale changeover in passenger vehicles and public transportation. There are several technology issues that remain to be sorted out; should India look at hybrids as a middle step, for example, or should investments be made in hydrogen? There are also serious cost questions but, most importantly, the public has to be convinced of the utility of such vehicles.

This is the third part of a series on electric vehicle adoption and policy issues around the same in India.