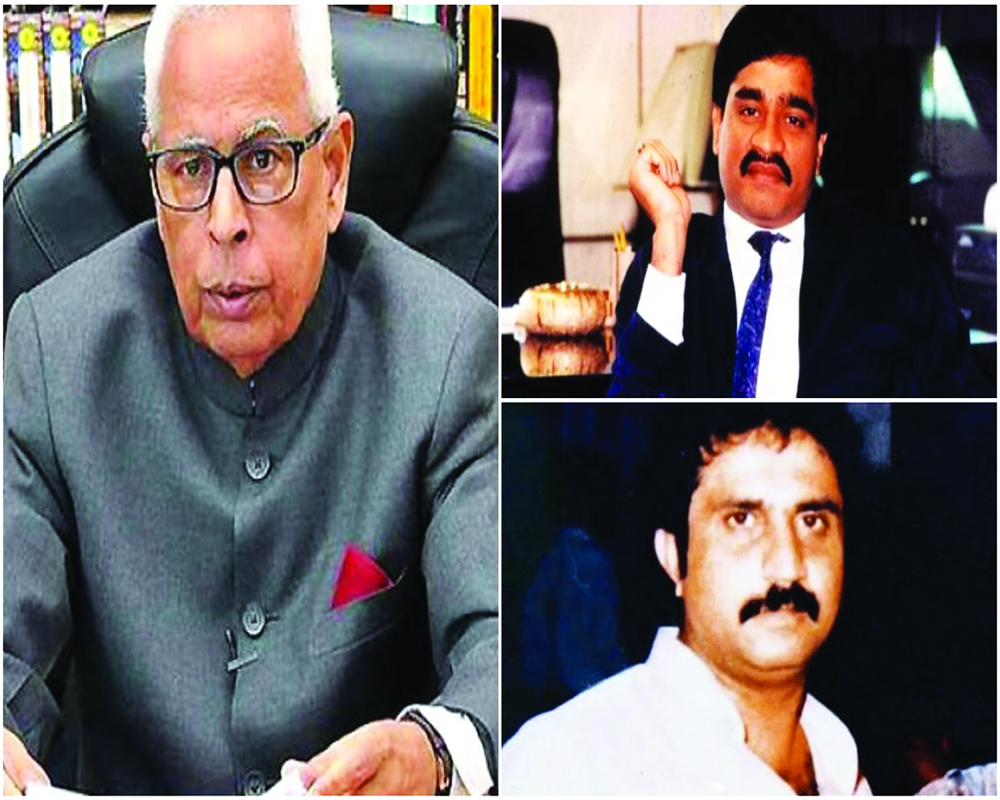 Many influential leaders in Maharashtra and Gujarat during the 1990s had allegedly developed ties with underworld don Dawood Ibrahim and his henchman Iqbal Mirchi. This assertion was officially put down on paper when the NN Vohra Committee submitted its 100-page report to the Ministry of Home Affairs (MHA) on October 5, 1993, soon after it was established in the aftermath of the Mumbai bomb blasts. The report that was made public in August 1995 in Parliament, was limited to just 11 pages. The rest of the pages that were never made public are as relevant today as they were on the day they were brought into existence.

The report had stated that there was a “definite” nexus between Dawood and a very big Congress leader of Maharashtra and had named a former Chief Minister (CM). Another input that is a part of the annexures of the report, showed how two tranches of Rs 5 crore each were given by Dawood in 1992 to a relative of a CM who later became a politician, too. A former top Intelligence Bureau (IB) officer said: “Gujarat-based leaders were prominently mentioned in the annexures. If the Home Minister decides to summon these annexures — if he has not seen them till now — he will find familiar names in them. Every leader comes and makes statements on Dawood and Mirchi. The real test of intent is whether they have the guts to take action on the basis of the findings of the Vohra Committee report that are encompassed in the annexures.”

The recent events in Maharashtra have established the fact that the country has learnt nothing from criminalisation of the system even when the  report warned of the consequences of political, bureaucratic, criminal syndication so long ago. All the subsequent Governments have conveniently ignored the decay and left the citizens helpless. The recent happenings in Maharashtra, where the Home Minister, Police Commissioner and cops are accused of extortion and daring to threaten India’s most famous industrialist, is an eye-opener for all. This leads to the big question of what is left for the common man on the street to safeguard from such people?

The Vohra Committee report and after: The report highlighted the manifold dimensions of the malaise of criminalisation of politics. The demand for money for party funds to contest elections paved the way for political corruption and the scourge of black money. Political corruption acts as the foster mother of administrative corruption as graft has the tendency to percolate and become ubiquitous. When an outcry was raised by some public men about the menace of corruption and its immensity, they were sought to be silenced on the ground that corruption prevails in all countries. The fact that the extent of corruption in our country was much larger was simply brushed under the carpet. As things stand today, corruption has befouled the entire political and administrative apparatus of the country.

The committee’s report on the criminalisation of politics in India has been variously described as “a damp squib”, because it did not reveal any specific names of politicians but only stated in a general manner what was already widely known and talked about for several years. At the same time, it let the “cat out of the bag” because it was for the first time that an official report clearly brought out that crime syndicates had developed significant muscle and money power and they were virtually running a parallel Government and pushing the State apparatus into irrelevance. This is a frightening admission to make for an official committee. But it does not state how the situation has to be dealt with and how criminalisation of politics and Government can be overcome and  eliminated. All that it suggests is the setting up of a nodal agency which will provide one place where the Intelligence relating to the activities of crime syndicates can be gathered by different agencies.

Sadly, the Maharashtra Government is run and controlled by the mafia. Even the Vohra Committee report tabled in Parliament focused on the Memon brothers and Dawood Ibrahim’s powerful network and their synergies with then ruling establishments. This could not have happened without these elements having been protected by the functionaries of the Government departments concerned, especially Customs, the Income-Tax Department, the police force and others.

Accordingly, R&AW monitors the activities of certain organisations abroad only insofar as they relate to their involvement with narco-terrorist elements and smuggling of arms, ammunition and explosives into the country. It does not monitor the activities of criminal elements abroad which are mainly confined to “normal smuggling without any links to terrorist elements.” The current strength of the agency’s offices abroad would not permit to enlarge its field of activities. If, however, there is evidence to suggest that these organisations have links with Intelligence agencies of other countries, particularly Pakistan, and that they are being used or are likely to be used by such countries for destabilising our economy, it would become the R&AWs responsibility to monitor their activities.

‘Crime Syndicate’, a report on the nexus between the Mumbai police and the Mumbai underworld was prepared by the CBI in 1986. It would be useful to institute a fresh study by the CBI, on the basis of what has happened in Maharashtra recently.

The CBI has reported that all over India, crimes syndicates have become a law unto themselves. Even in the smaller towns and rural areas, musclemen have become the order of the day. Hired assassins have become a part of these organisations. The nexus between the criminal gangs, police, bureaucracy and politicians has come out clearly in various parts of the country.

The Yogi Adityanath Government in Uttar Pradesh (UP) and the Nitish Kumar Government in Bihar have used the might of the State to control the mess left behind by the Mulayam-Mayawati combination in UP and Lalu in Bihar. It has been suggested that the menace has first to be tackled at the local level where the agencies of the State and the Central enforcement agencies like Customs and excise and the Income-Tax Department would be required to take effective action.

In case where a crime syndicate has graduated to big business, it would be necessary to conduct detailed investigations into its assets, both movable and immovable.

Law and order being a State subject, the central agencies have their task cut out. On the basis of the extensive experience gained by our Intelligence, investigative and enforcement agencies, it is apparent that mafia organisations have established themselves in various parts of the country and developed significant muscle and money power. They have established linkages with Government functionaries, political leaders and others to be able to operate with impunity. And various State Governments tend to take advantage of the constitutional proprietary to patronise the syndicated corruption.

It is a shame for a mature democracy to have political leaders and police officers who resort to extortion and State Governments that shield the culprits in courts to meet their political objectives. Unless the high and mighty are exposed and shamed, this menace is unlikely to vanish from the system. The Modi Government has the advantage of being a majority Government, so the compulsion of coalition politics is not there to prevent it from taking harsh and decisive action on syndicated crime. It is time for it to do so.

The writer is Editor, Opinion Express. The views expressed are personal.