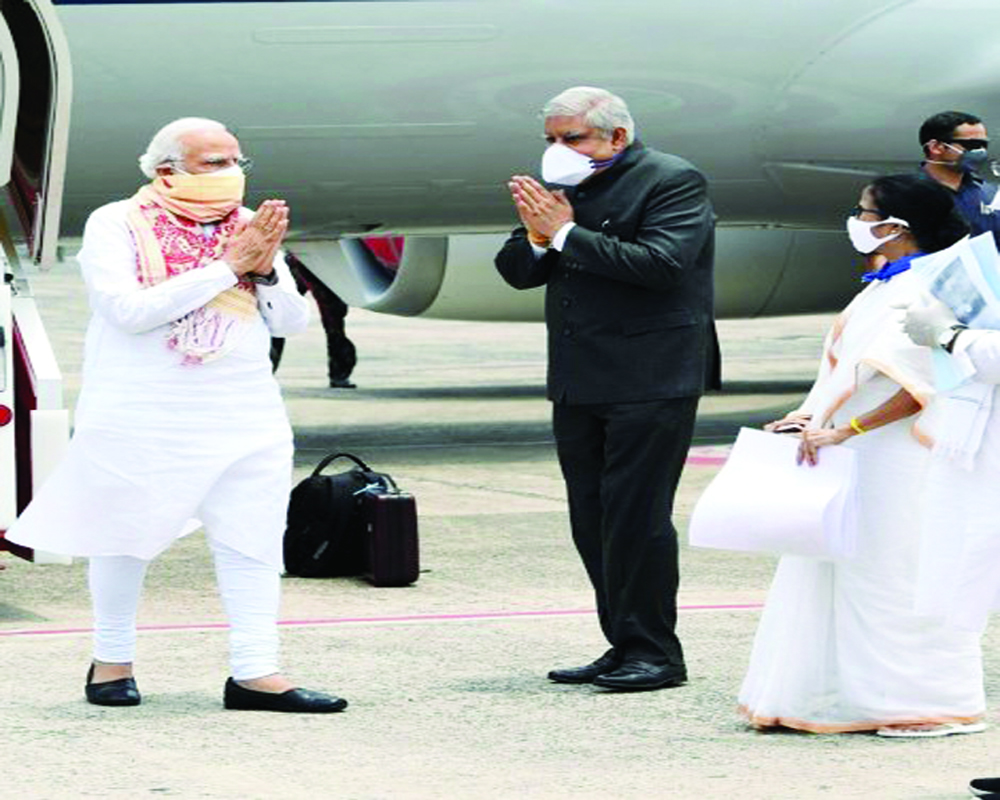 Politics has trumped economics in India’s story of cooperative federalism

If West Bengal Chief Minister Mamata Banerjee does not leave any opportunity to settle political scores with Prime minister Narendra Modi, nor does the BJP with Banerjee. Last week, to show her annoyance, she opted out of the meeting to review the cyclone havoc in the state. In a rare violation of the protocol, Banerjee also kept the PM waiting for 30 minutes, meeting him briefly, and left even while the deliberations and damage assessment were on. Madhya Pradesh Chief Minister Shivraj Singh Chouhan and Union ministers like Rajnath Singh criticized Mamata for playing petty politics.

One can understand the bitterness between political parties during the elections. After a landslide victory in West Bengal, the campaign heat has not come down even as post-poll violence and vendetta politics continue from both sides. After the election results, the CBI arrested four Trinamool leaders.  Eyebrows are now raised when the Centre has called back the Chief Secretary when he is on the verge of retirement.

Mamata has been complaining about the way Modi has been treating non-Congress chief ministers in Covid review meetings.  "We feel insulted and humiliated. A dictatorship is going on. The Prime Minister is feeling so insecure that he did not even listen to the chief ministers. What is this fear about?" Mamata Banerjee asked.

Going down memory lane, the Nehru era did not witness such behaviour as mostly Congress chief ministers ruled in the states.  Their relationships were cordial. Prime Minister Nehru regularly keptin touch with them to inform them of his tackling of current affairs.

Nehru's successor Lal Bahadur Shastri ruled for a brief period and had to face a Pakistan war as well as other problems. The jolt for the Congress came from its humiliating defeat in the 1967 polls.  After Indira Gandhi succeeded Shastri, the number of non-Congress chief ministers also began to grow.

Tamil Nadu was one example where Chief Minister Karunanidhi combined with non-Congress chief ministers to confront Gandhi. Karunanidhi did not have good relations with Prime Minister Chandrashekhar also.

Chief Minister and AIADMK founder M. G. Ramachandran followed a dictum of being on the right side of the Centre even during the Morarji Desai government. He had a comfortable relationship with Indira Gandhi.

His disciple Jayalalithaa had a cordial relationship with both Indira Gandhi and Rajiv Gandhi but she confronted P.V. Narasimha Rao and the first BJP Prime Minister Atal Bihari Vajpayee. She even pulled down Vajpayee's government in 1998 though she was an ally of the NDA. Jayalalitha also broke the protocol by not seeing off Vajpayee in 1999 when he visited Tamil Nadu. She deliberately left Chennai.

During P.V.Narasimha Rao's time, she was annoyed with him for appointing Dr.M. Chenna Reddy as Tamil Nadu governor. There was a war of words between the two egoistic leaders.  She demanded the recall of the governor but Rao did not agree.

Andhra Pradesh chief minister N.T. Rama Rao had a public spat with Indira Gandhi and paraded his MLAs before the president in 1984 when she got his government dismissed and was forced to reinstate him.

Modi too is not comfortable with non -BJP chief ministers. Just last month the Prime Minister objected to Delhi Chief Minister Arvind Kejriwal showing a live Covid review meeting between him and the chief minister. Chiding him, Modi said "Let me say this is strictly against our tradition, our protocol."

Modi was successful last year when he took the chief ministers on board to implement his Covid strategy. But in 2021, with elections to five states, politics took over. Non-BJP states have complained about the scarcity of oxygen and vaccination shortage and some like the Delhi government have even gone to court.

Politics has trumped economics in India's story of cooperative federalism. With killer Covid at large, time for centre and states to work together and political parties need to rise above electoral mindsets. This is no time for ego and playing politics.

The author is senior journalist. The views expressed are personal.