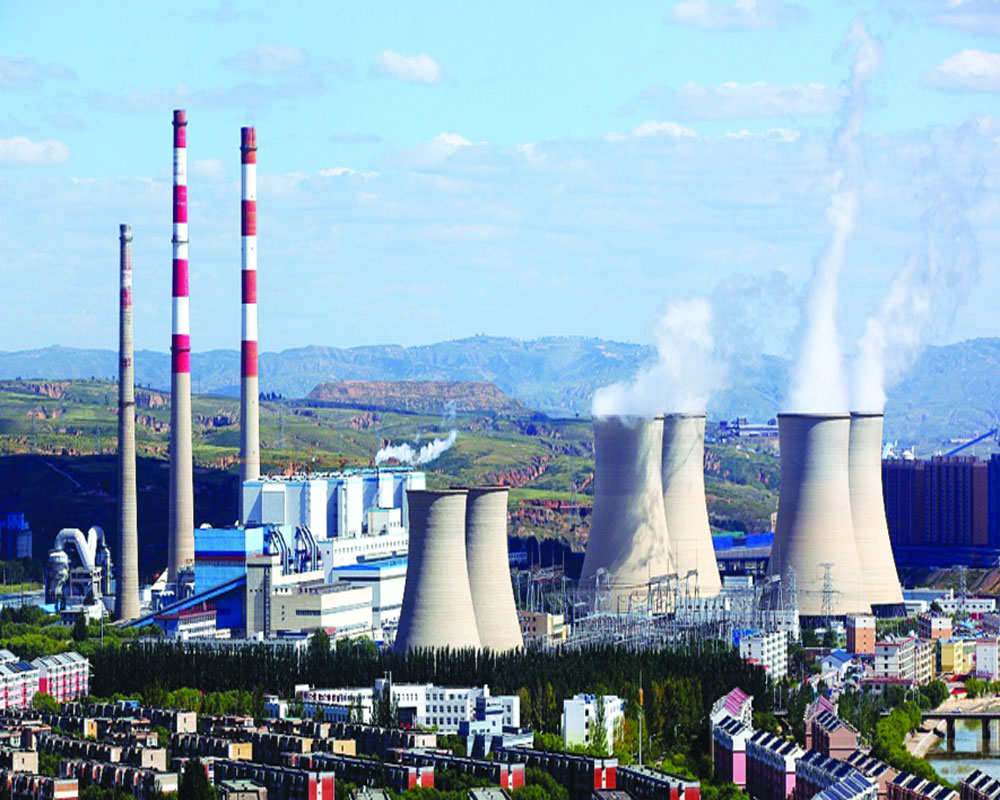 Mongolia is walking a tightrope. President Khurelsukh’s nuclear ambitions may push this East Asian nation into the arms of age-old rivalry of big and competing powers. Already, Khurelsukh has been accused of turning the nation into heavy militarisation fully funded by the Communists in Beijing. Considering the recent pledges made at COP-26 at Glasgow in the UK, the global trend is to stay away from using more fossil fuels so as to reduce carbon emissions. So, the road ahead for Khurelsukh is to go nuclear to reduce the choking environment in its Capital city Ulaanbaatar. But then, Mongolia will have a hard choice between two anti-West big powers —aggressive China and a resurgent Russia

Mongolia is all set to build its nuclear energy. With the ascendance of the Mongolian People’s Party (MPP) and the rise of Ukhnaagiin Khurelsukh as the leader of this hermit nation, the nuclear future of Ulaanbaatar has become more pronounced. Khurelsukh, a former Prime Minister, is currently the sixth democratically elected President of this East Asian nation. His longstanding interest in generating nuclear power, backed by the country’s abundant uranium deposits, is gaining more political and economic currency in recent times.

Barely a month of his victory in July 2021, Khurelsukh had an agreement with Chinese President Xi Jinping to continue the already existing strategic relations between the two nations, especially in critical sectors like the mining.

Known as the “Land of the Horse and the Land of the Eternal Blue Sky”, this East Asian nation has a rich reserve of uranium. The country is large and sparsely populated. It is the world’s second largest land-locked country just behind the Central Asian republic of Kazakhstan.

Mongolia has proven uranium reserves of about 80,000 tons which ranks the country among top ten in the world. This is also making the nation one of the top mining giants in the world, and it has been attracted by others for having world-class deposits like the huge Oyu Tolgoi copper gold project. In fact, way back in 2011, Mongolia was planning to have its first nuclear power plant by 2020. The State-owned MonAtom LLC had the aim to build nuclear fuel production capacity by tapping the country’s own uranium deposits. However, it could not materialise. Even the Mongolian Government had the plan to supply nuclear power plants across the countries of Northeast Asia with nuclear fuel. Ulaannbaator was expecting huge investments from top global giants such as the US, Russia, France and China.

As per the Vision 2050 of Mongolia, the country is committed to shift to cleaner technologies. But leveraging its uranium reserves to produce nuclear energy and lessening the continued reliance on traditional sources of energy to cut back emission levels, Ulaanbaatar has arrived at a catch-22 situation. That is to choose between Moscow and Beijing.

The chilling new nuclear arms race has already begun in Asia. China is quietly building nearly 250 nuclear silos along the border of Mongolia mostly in Xinjiang, Gansu and Inner Mongolia Province. Independent analysts reveal that these silos are in close proximity to some of the richest uranium deposits on the other side of the Mongolian border. This seems to be one of the biggest nuclear expansions of Beijing in recent years under Xi Jinping, the man who is known for his gargantuan agenda. This nuclear build up revives the rivalry between Soviet Russia and the People’s Republic of China under Mao Zedong when the latter deployed about 60,000 to 70,000 troops near the border of Mongolia. Then China on one hand was apprehensive about Soviet social imperialism and on the other, from of the brutal Japanese militarism.

However, today China is different from Cold War days. Primarily China’s economic might accompanied by continued decline of the Western powers, particularly the might and engagement of the US, has largely emboldened the country to surge ahead.

Now what role China can play in Mongolia going nuclear power? Being its closest neighbour, China is in full force to influence Mongolia to grab the opportunity to develop its nuclear industry. With Xi, China is fast building its capabilities as an economic and military juggernaut. Hence, Ulaanbaatar would certainly fall into the clutch of Xi and his Communist cronies in no time.

China has been consistently increasing its nuclear capabilities. This entire nuclear build-up must be estimated in the context of the Chinese Communist Party’s ambition to have, in Xi’s own words, “a world class military”. And Beijing is harbouring a wild dream of achieving global domination, especially to torpedo US leadership from the global governance system. Further, several recent reports indicate that China is constructing 120 missile silos for Intercontinental Ballistic Missiles (ICBMs) near Yumen in Gansu, up to 110 silos near Hami in the eastern part of the restive and Uighur-Muslim dominated Xinjiang province, and up to 40 silos in Ordos in Inner Mongolia. This rightly shows that China is pushing its nuclear agenda right up to the border of its quiet neighbour Mongolia.

How reliable Russia would be in developing Mongolia’s nuclear future? Putin while whipping up nationalist frenzy within Russia and its neighbours is simply undermining the power of the declining global liberal order. He absolutely misjudged the West’s resolve in imposing effective financial sanctions on the Russian corporate sector and NATO’s strategic plans in Europe. Hence, moving closer to Putin and allowing the state owned Russian Atomic Energy Corporation Rosatom to develop Mongolia’s nuclear apparatus would be a dangerous game for the latter.

Who would be more reliable — Xi or Putin? It seems, both Putin and Xi are equally risky. Both are equally greedy, and they are just waiting for a power grab in Mongolian nuclear development industry. Lurching between opportunity and crisis, Mongolia is forced to anchor a clear policy about the engagement of its only two power-hungry neighbours —Russia and China — in the development of its nuclear power capability.

Chinese offensive is looming large. Its outreach in the form of subtle economic diplomacy supported by adventurous military is on the top agenda of the Communist Party of China under Xi. His  approach is to reach out to the critical geopolitical points within a very short span of time. His intention is ever clear: simply  fend off the US primacy in global corridors of power. Therefore, it is quite clear why Beijing wants to grab the opportunity of developing nuclear projects in its neighbourhood.

Further, Xi is also wary of Russia’s traditional influence over Ulaanbaatar for long. Moscow’s old linkages with Ulaanbaatar are on the wane. But the Communists in China do no way want to take any chance. With China’s massive nuclear build-up supported by wolf warrior diplomacy, one can easily make out that this is nothing but the display of dysfunction, naivete and dogmatism of Xi who is already thinking about the great decline of the global firepower of the US.

Consequentially, Mongolia is walking a tightrope. Khurelsukh’s nuclear ambitions may push this East Asian nation into the arms of age-old rivalry of big and competing powers. Already, Khurelsukh has been accused of turning the nation into heavy militarisation fully funded by the Communists in Beijing. Considering the recent pledges made at COP-26 at Glasgow in the UK, the global trend is to stay away from using more fossil fuels so as to reduce carbon emissions. So, the road ahead for Khurelsukh is to go nuclear to reduce the choking environment in its Capital city Ulaanbaatar. But then, Mongolia will have a hard choice between two anti-West big powers — aggressive China and a resurgent Russia.