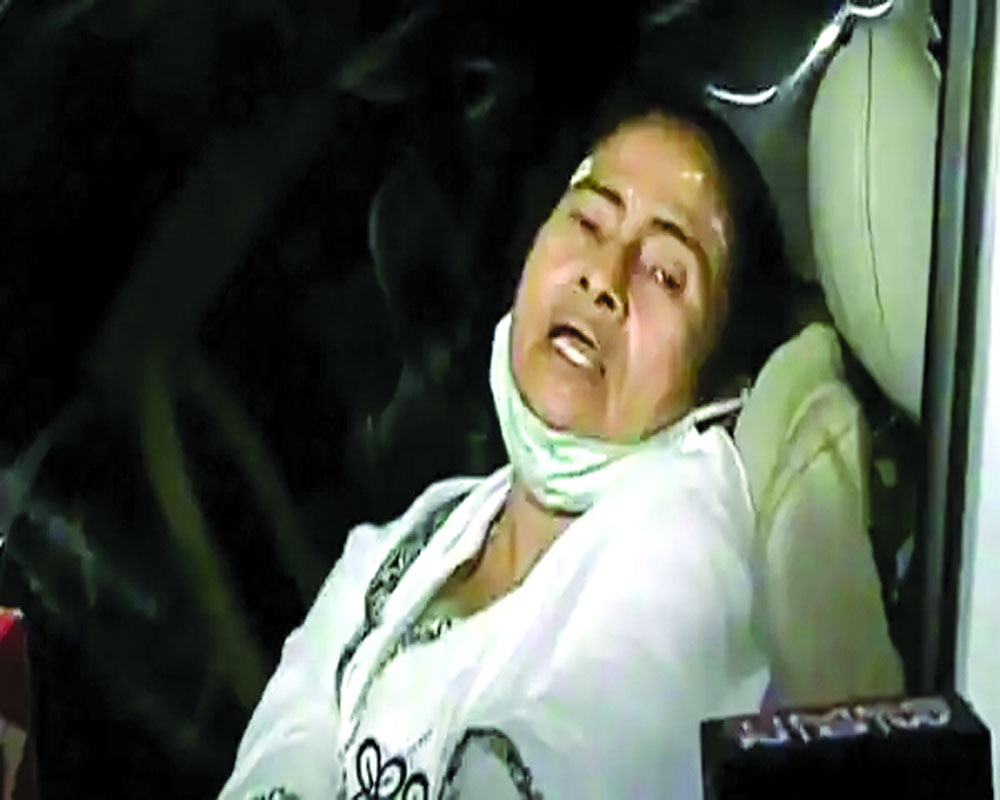 Whether the ‘attack' on Mamata was staged or indeed a security lapse, must be probed

The “daughter of West Bengal”, Mamata Banerjee, is injured. Whether it is a “planned attack” by the BJP, a “mishap” or she staged a high-voltage “drama” for garnering voters’ sympathy is a matter of investigation. Regardless of what the truth is, an astute politician like Didi who knows the tricks of the trade will not let go of this opportunity to play the victim card to win over the electorate. The incident took place after she had filed her nomination papers in Nandigram, where she is pitted against former confidant Suvendu Adhikari who recently defected to the BJP. The TMC claimed that she was inside her car and greeting people when four-five unidentified persons banged the car’s door. Abhishek Banerjee, her nephew and a TMC MP, shared the image of Didi lying on a hospital bed with one leg in a cast. “BJP, brace yourself to see the power of people of BENGAL on Sunday, May 2nd. Get ready,” he tweeted. The BJP leaders have termed it a “drama” and sought a CBI probe into her claims but they know well that the picture of an injured Mamata in hospital is by itself capable of voting the TMC back to power for a third term.

Even if she campaigns with her injuries, which she has hinted at, there is no denying that her condition will move the voters. Even the thought of it must be giving nightmares to the BJP’s strategists, who have made every possible effort to oust Mamata from power. Whatever manoeuvre Mamata decides to employ to get the maximum out of the situation, the “attack” — which came a day after the Election Commission replaced the Director-General of Bengal Police amid allegations of violence by the BJP — must be thoroughly probed. The poll panel has asked the State administration for a report on the incident. Unless it was staged, there is definitely an angle of security lapse in it. The Chief Ministers usually have a high-security cover of several layers and Mamata had Z+ security. However, there is also no denying that our politicians resort to “saam, daam, dand, bhed” (every trick and possible means) to win elections which are no less interesting than a blockbuster with action-packed scenes, drama, comedy, thrill and all types of emotions. And what the audience is to a film in terms of reaching a decision on whether it is a hit or a flop, the voters are to elections as it is they who decide the fate of leaders. We must trust their sense of judgement.