Micro-pension: Providing security to the elderly

Micro-pension: Providing security to the elderly 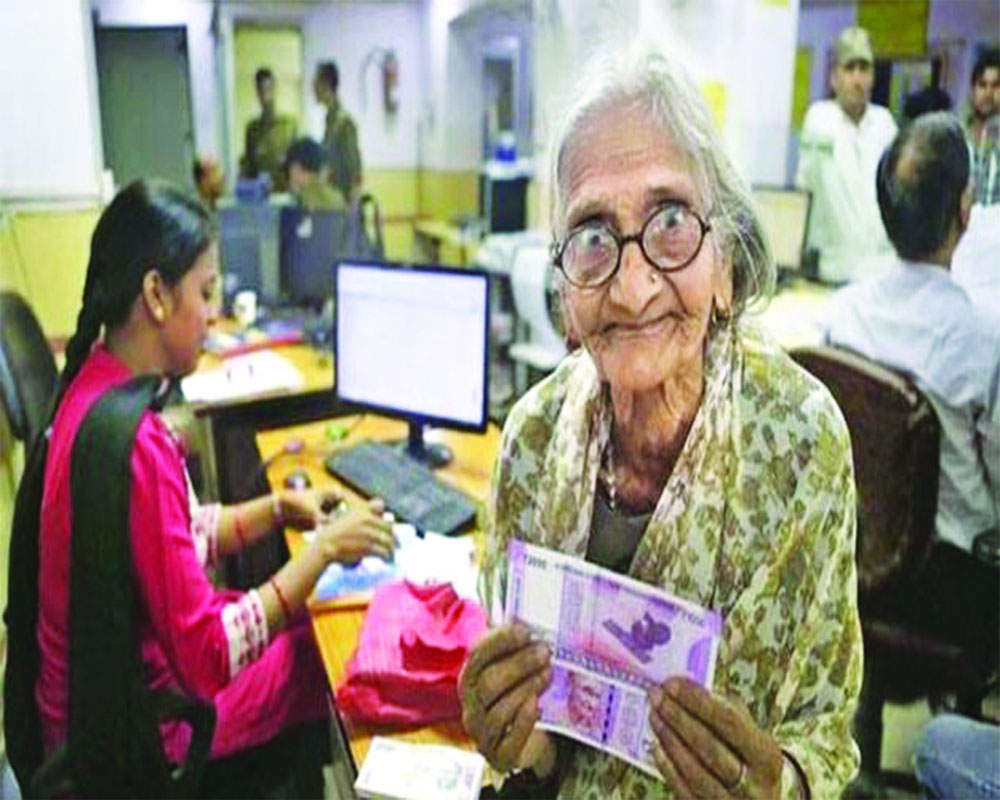 For micro-pensions to succeed, a delicate balance among economic viability, generation of adequate returns and customised features for the participants is required

India is experiencing a demographic transition to grey hairs and it is likely to see a further uptick. This change is leading to lower fertility, increased life expectancy and a consequent increase in the proportion of the elderly population. Families are shrinking and transforming into nuclear units. Individualistic attitudes and rising aspirations, with accompanying changes in lifestyles, are widening the generation gap. It looks like retirement might soon be a thing of the past and the elderly will have to toil late into their twilight years. It appears that the prospect of working until you drop would likely become the norm.

Increasingly, we’re seeing people who are becoming poor for the first time in their old age as we are entering into the age of no retirement.  India is home to one-fifth of the total population on earth, which includes a third of the world’s poor and one-eighth of the elderly. Most of them spend their entire lives as informal workers and have no retirement security other than the hope that their children will care for them. This arrangement worked well when the joint family structure was the dominant characteristic of the society. However, with new social norms eroding the family-based support system, old-age care has become a critical challenge, especially for the low-income group.

The governments around the world have historically been plagued with the challenges of providing financial and social support to the aged population. This has resulted in the introduction and implementation of various retirement benefit schemes which have evolved with several reforms into the global pension landscape, as we know it today. Many of these programmes are based on the three-legged stool — Government benefits, employer-provided pensions and personal savings — all of which face serious challenges. Despite the success of some of these schemes, extending pension coverage to those who have worked in the informal sector has remained a herculean task.

Though the informal sector workers may not “retire” in the formal sense like employees in the organised sector, they need to prepare for the eventual reduction in earning capacity that will occur during old age, especially on account of ill health.  A properly designed pension scheme offers unique security to its beneficiaries. They get a guaranteed income, determined by the number of years of their service and by their salary at the time of retirement. And pensions don’t run dry; workers (or their spouses) get them as long as they live, because the employer is committed to paying a certain level of benefits.

However, not only the poor but also others tend to ignore the benefits of pension and have a false sense of security. In developing countries, the majority of the elderly population is anchored only by social security and whatever it has managed to put into their accounts. For the poor and vulnerable, two types of pension could be provided. The first is a public or social pension, where the State raises revenue and redistributes to citizens when they reach a stipulated age in order to guarantee them a dignified life. The second is micro-pension, a personal retirement savings plan. People save a small part of their income individually during their working life that is invested collectively to generate periodical returns. When people retire, their accumulated capital is paid out in monthly amounts. The first one has issues of viability. A possible solution could be a universal social pension with a fairly high retirement age so that expenditure is contained.

Micro-pension is a not an old concept; but it has not been able to grow because selling a pension product to low-income categories and keeping it active for a long term is the most challenging task. Current research estimates that about 80 million of India’s informal workers are capable of saving for retirement and can be the beneficiaries of micro-pension programmes. With underdeveloped annuity markets and poor financial literacy, these people face considerable challenges in making informed decisions about investing limited savings for sustainable retirement income.

Several studies have established that India has a very young and immature pension industry and a population that is not particularly keen to secure its retirement. A mere 7.4 per cent of the total Indian population is covered under any form of pension plans, which is an alarming a figure in itself.

The pension system of the economy has to evolve quickly, or else the economy will be left in dire straits. The biggest challenge is the fact that almost 85 per cent of Indian labour is still employed in the informal sector, mostly as daily wage workers. It is extremely difficult to cover informal sector employees under a national pension scheme. There are numerous Government-supported micro-pension schemes but also several mounting challenges: the reluctance of people towards investing any part of their income over a large period of time, an absence of regular income for clients, poor infrastructure and connectivity and remote spread of  the clientele.

For micro-pensions to succeed, a delicate balance between economic viability, generation of adequate returns and customised features for the participants is required. As the flow of income of low-income communities is uncertain or volatile owing to the nature of their economy, they should be offered a degree of financial flexibility providing for low or no minimum contribution requirements in order to encourage membership. However, contributions that are set too low or which are paid very unevenly may not provide sufficient income security.

The experience with micro-savings indicates that low-income groups prefer lower-value and frequent deposits rather than infrequent larger-value deposits. As there are competing demands on their resources, it is difficult for them to accumulate large amounts. In order to facilitate the making of frequent deposits, convenient door-to-door deposit collection has to be organised. Mobile phones have transformed the landscape in a revolutionary way and this may not be a tall order.

Most implementation challenges can be overcome through sustained communication and education campaigns as well as the development and implementation of an appropriate micro-pension framework. This can be best achieved by utilising a robust technological platform (mobile apps) that would effectively support the provision of customer services to the target population. However, there is a segment of  population whose main challenge is to meet basic needs — food, clothing and housing, and it would be very difficult to bring these individuals into a formal micro-pension scheme.

An important Government policy might be the creation of a social assistance programme to provide for the poor among the elderly who were unable to contribute meaningfully to a formal pension scheme during their working lives.  This could be done on a non-contributory basis using a means tested or universal approach.   Countries like Australia, Spain and Greece have introduced multi-pillar pension schemes where a pillar supports voluntary contributions with Government co-contributions for low-income earners subject to a predetermined eligibility criteria.

An ideal micro-pension programme needs to address governance, design, administrative and efficiency issues to succeed and requires a multi-model implementation of micro-pension plans in addition to a separate set of regulations.

The writer is a well-known development professional. The views expressed are personal.