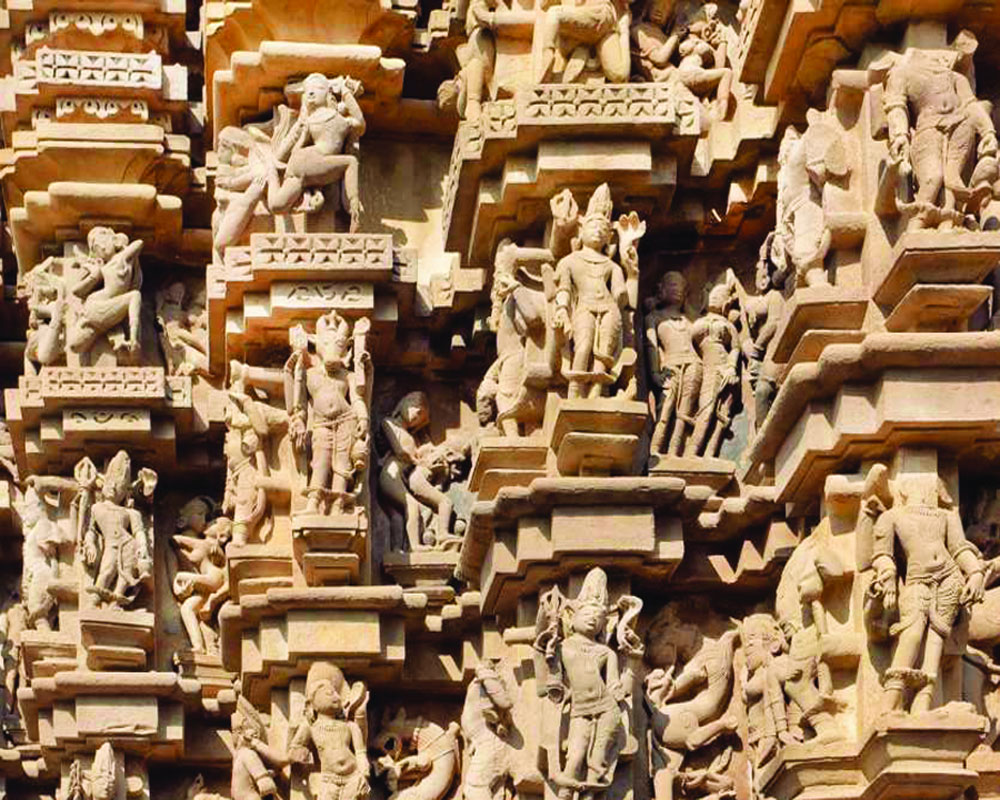 The UNESCO world heritage site Khajuraho was in the news recently for hosting the world-famous Indian classical dance festival. A treat for the senses at any given time, what made the festival even more special this time was the fact that it was held under the shadow of the Coronavirus pandemic and was organised in the temple complex after a gap of 44 years. The Archaeological Survey of India (ASI) gave special permission to the Madhya Pradesh (MP) tourism department for this. Consequently, the temple complex resonated with the sound of music as the dancers and their troupes performed various Indian classical dances that ranged from Kathak to Kathakali; Kuchipudi to Odissi and Mohiniyattam. The Khajuraho group of temples was built by the Chandela rulers of Bundelkhand in their capital Khajuraho between 885-1050 AD. These Nagara-style Hindu and Jain temples spread over an area of six sq km are a prime example of North Indian art and temple architecture. The temples were built from locally-available sandstone in interlocking style with a granite foundation. There were 85 temples in the area but now only 25 stand as the rest were destroyed during the Sultanate period.

However, this unique temple town was not widely known until 1950 when one foreign journalist made it famous. After that there was no looking back as tourists began flocking to the area. The spurt in tourism resulted in the local economy and the infrastructure growing exponentially. Now there are good roads and other infrastructure like five star and budget hotels along with good connectivity.

In the last 10 years, the tiny town of Khajuraho has grown in prosperity with almost ever family in the area involved in tourism and allied businesses. During 2018-19 more than 60,000 foreign and 3,61,594 domestic tourists visited Khajuraho and almost each household benefitted economically. However, the ban on international travel due to the covid-19 pandemic in 2020 has left the local economy in tatters as the flow of foreign tourists stopped. Even domestic travellers became scarce as train, bus and regional air services were suspended due to the countrywide hard lockdown and all shops, cinema halls, restaurants, bars and hotels were closed. Consequently, staff from these establishments and the local people, especially the local craftsmen and vendors selling their wares to tourists, were rendered jobless. The festival was a means for the Government of MP to revive the State’s sinking tourism and hotel industry. It was also used to expose the visitors to the rich cultural traditions of Bundelkhand. There were exhibitions on local art and craft forms, a dialogue on arts, a fair on indigenous arts, films focusing on art, artists and art traditions, an exhibition of terracotta and ceramic-ware and a Bundeli food festival too.

While these are good endeavours to boost the economy, the ASI which maintains the temple complex needs to restore the temple architecture to the original style and not the way they are doing now with cement and mortar. It is good that the ASI is creating more infrastructure for visitors like toilets and more entrances, but it has to be in harmony with the architecture of the place. Hopefully, tourism will pick up once the covid situation improves and the Government must promote it in cooperation with the Tourism Ministry and embassies abroad and hold road shows. Till that happens, the Centre and State Government should announce some relief for the people engaged in tourism. The MP Government should boost ecotourism and promote local arts and handicraft among other things to improve the local economy.

(The writer is Chairman, Centre for Resource Management and Environment. The views expressed are personal.)