Nepal gets the cold shoulder

Nepal gets the cold shoulder 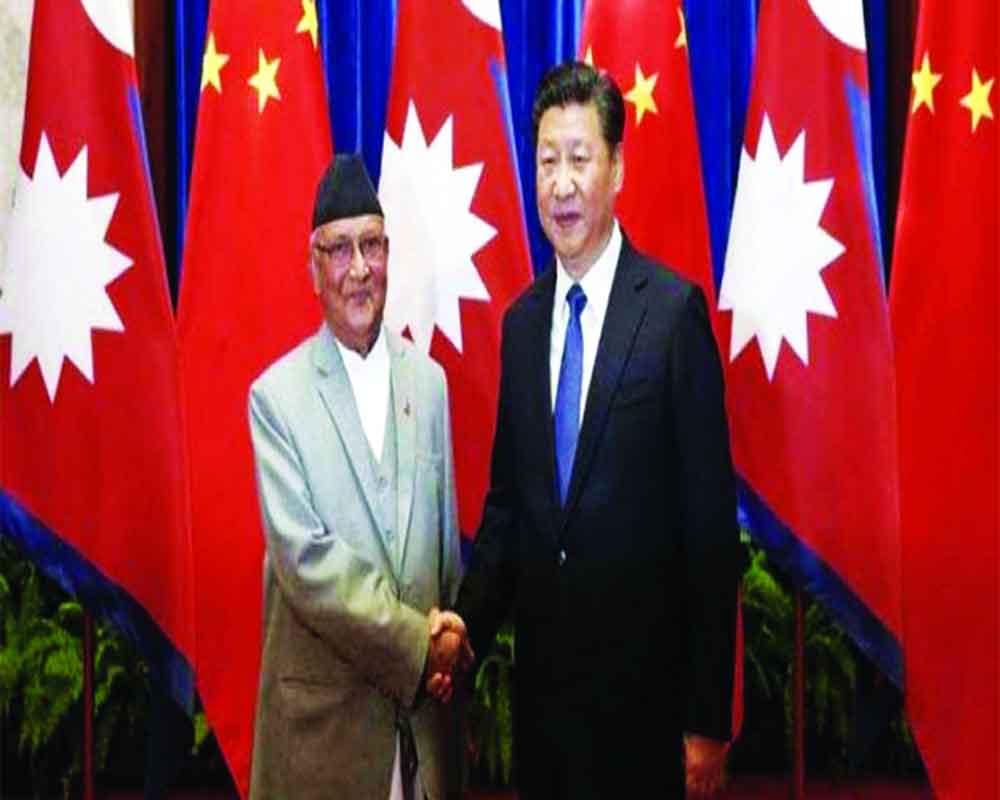 Lurching from one crisis to another, the Oli-led unfocused Govt has lost the plot both at home and on the foreign policy front

A common element in Nepalese politics has been the uncertainty and unpredictability of political moves. These moves are often far removed from national welfare and have severely damaged its diplomatic endeavours. The KP Oli-led incumbent Government has neither been able to focus on domestic priorities nor bothered about strengthening its foreign policy. While Nepal is witnessing a surge in COVID-19 cases and panicking to manage the supply of vaccines from India and China, the country is experiencing diplomatic isolation.

Diplomatic isolation: Nepal’s absence at the Raisina Dialogue in New Delhi, the BOAO Forum meet in China and the Climate Summit convened by the US has sparked a debate whether this Government is serious on the foreign policy front. While Nepal is yet to assure India of greater cooperation, China seems to have given a second thought to blindly relying on Oli to meet its strategic interests. The US, on the other hand, is irked by Oli after he showed no interest in joining the Millennium Challenge Cooperation (MCC), which aims to provide affordable and green transportation, electricity, regional security, peace and development to partners, only because China calls it a military platform.

No-show invite: Nepal stands on the verge of severe climate challenges. The devastation caused by the 2015 earthquake to implications on Mount Everest, forest fires, toxic air quality and the scarcity of freshwater supply in the country are a few examples where Nepal requires international aid. Under the Biden Administration, the US has re-affirmed its commitment to climate change, and the Paris Declaration and the recent climate summit were a fresh effort in this regard. While an invitation to Nepal was obvious at the summit, the diplomatic mishandling over the MCC by the self-centred Oli saw no ticket to the show for Nepal. The US has often requested Nepal to consider the MCC on priority. Still, all successive Communist Governments have made it a US versus China deal.

The Government has announced the Sagarmath Sambad (Everest Dialogue) as a multi-stakeholder dialogue forum committed to deliberating on the prominent issues of global, regional and national significance. The first Sambad was to be convened on April 2-4 but it has been postponed due to the pandemic. Although Nepal has invited the US, India and China to participate in the deliberations, a no-show for Nepal at the Climate Summit says a thousand words of an increasing unease in Washington DC towards Nepal. For the record, Nepal has prioritised climate change as a “national security threat” in its first-ever National Security Policy 2016; it stands as a political manifestation to seek international funds to the cause.

Soured ties: With India, Oli has left no stone unturned in capitalising on soured ties. As a next-door neighbour, India has stood with Nepal in all rough seasons. India was at the heart of bringing the guerrilla Maoist fighters down from the hills for the dialogue which ultimately resulted in the establishment of democracy in Nepal. Yet, all the previous Governments and the Oli-led Government have misused India’s goodwill for political benefits. At the time India provided help to Nepal in fighting against COVID-19, Oli was engaged in a border fiasco with India to appease China. As a responsible neighbour, Nepal could have used diplomatic channels to discuss the border issues, but it chose to demonise India.

Bonhomie in question: The Nepalese Prime Minister may swear upon the so-called “peaceful intentions” and cooperation with China and defend its micromanagement of Nepal’s domestic affairs, but Beijing is not at all pleased with Oli. He played a masterstroke by inviting Chinese President Xi Jinping to Nepal, where several pacts were signed in 2019.

However, China did not get what it wanted during Xi’s visit. Beijing was expecting an extradition treaty with Kathmandu, which would allow China greater control to suppress the “free Tibet” voices of the Tibetan refugees living in Nepal. With mounting international pressure from the UNHCR, human rights organisations and the Opposition at home, the treaty was taken off the table at the last minute, which has not gone down well with China. In the joint statement, Beijing had conveyed its hopes for the treaty in a shorter span.

While the Oli-led Communist Government may have surrendered before the Chinese interests, Beijing will not bargain for anything less than the extradition treaty as it concerns its Tibet policy.

Conclusion: Politics and diplomacy are two sides of the same coin, and they require equal attention at the mint. In Nepal, the personal and party interests have been prioritised over national interests. Leaders like Oli have spared “special relations” with India for electoral gains and surrendered diplomatic autonomy to Chinese interests. While Nepal is a landlocked country and requires assistance from India and other friendly countries, its diplomatic conduct towards them has been shortsighted. A furbished relationship with India and the US will help Nepal keep China in balance. As Nepal’s politics and politicians remain unreliable, its people will have to take the lead in charting the course of its destiny.