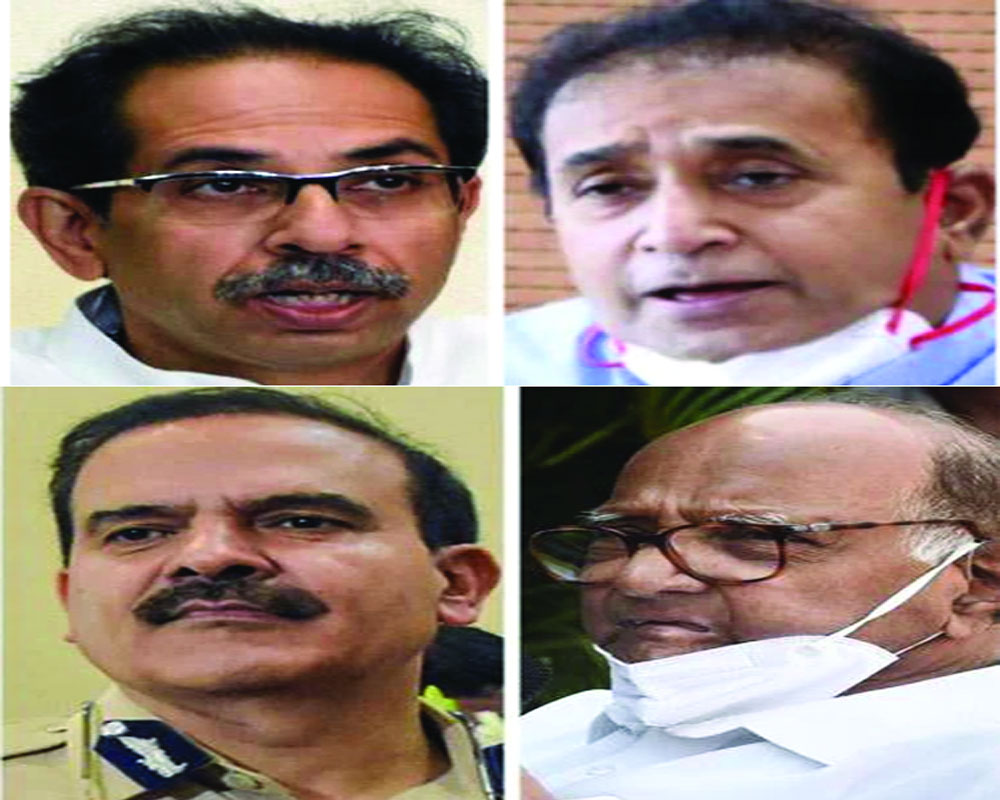 The Chief Minister (CM) is the head of the Government in a State, just as the Prime Minister is the head of the Centre. The Council of Ministers is headed by the CM who can reshuffle their portfolios or ask a Minister to resign. However, it seems that in Maharashtra, it is not CM Uddhav Thackeray but NCP boss Sharad Pawar who wields the real authority. Pawar, literally calling the shots, is outrightly defending his party colleague and Home Minister Anil Deshmukh, against whom serious charges of graft have been levelled by former Mumbai Police Commissioner Param Bir Singh. Pawar not only ruled out Deshmukh’s resignation from the Cabinet but also claimed that he has evidence to prove that Deshmukh is ‘Mr Clean’. Pawar, being a seasoned politician, is treading cautiously and doing whatever he can to save the image of his party and its position in the Maha Vikas Aghadi (MVA) Government. He first asserted that it was the CM’s prerogative to take an appropriate decision on the issue but, the very next day, proclaimed that there was no need for Deshmukh to go. Pawar has sent out a message — though it is for the CM to take a decision on the matter, but since he has kept mum, it is the responsibility of the NCP chief to drive the Government and his party out of the mess.

Pawar knows that at a time when politics has been relegated to power-sharing among allies and the tussle among them is even more than that with the Opposition, taking a moral high ground by asking the Home Minister to resign hardly makes any sense. Such a step will only weaken the NCP’s position in the tripartite Government and give an opportunity to its allies to have an edge over the party in governance. Besides, telling the Home Minister to resign would be assumed as accepting that he is at fault. On the other hand, Thackeray is apparently caught in a Catch-22, a situation where he cannot sack Deshmukh against Pawar’s will nor can issue a clean chit to his Home Minister because any such clearance would be deciphered as compromising with corruption, which might be counterproductive to the image of the CM and the Shiv Sena — the party whose founder late Bal Thackeray was known for his impeccable integrity. Meanwhile, Singh has approached the Supreme Court seeking a CBI probe against Deshmukh into the corruption allegations. We can only hope that the judiciary does what the executive has failed to do.