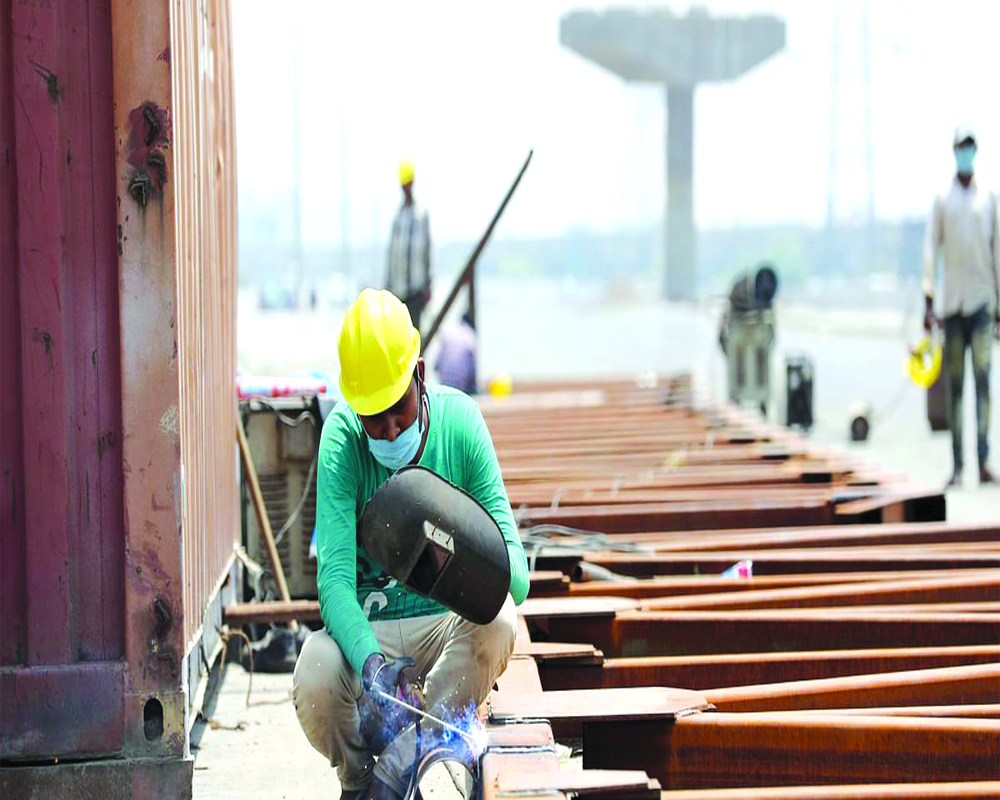 In her Budget speech, Finance Minister (FM) Nirmala Sitharaman had proposed setting up of a new Development Financial Institution (DFI) termed the National Bank for Financing Infrastructure and Development (NaBFID). The Government passed a Bill to establish the NaBFID, its objective being “to coordinate with the Centre and States, regulators, financial institutions (FIs), institutional investors and other relevant stakeholders, in India or outside India, to facilitate building and improving the relevant institutions to support the development of long-term non-recourse infrastructure financing in India, including the domestic bonds and derivatives markets.”

The NaBFID will also be involved “in lending or investing, directly or indirectly, and seek to attract investments from private sector investors and institutional investors, in infrastructure projects located in or outside India.” It will also help provide financing options for projects under the much-trumpeted National Infrastructure Pipeline (NIP). Under the NIP, the Union Government has identified over 7,000 projects in all crucial sectors such as roads, highways, railways, ports, power transmission lines, gas pipelines and so on, requiring an investment of over Rs 100 lakh crore over the next five years.

The Government will infuse Rs 20,000 crore in NaBFID as budgetary support which will be leveraged to generate a financing capability of over Rs 3,00,000 crore. This is peanuts when compared to the mammoth requirement of around Rs 90 lakh crore (excluding about Rs 10 lakh crore: Rs 4,39,000 crore spent during 2020-21, plus a planned spending of Rs 5,54,000 crore for 2021-22). But the moot question is whether the new DFI is a sustainable proposition?

This is not the first time that the idea of a DFI has been floated. The first such institution, namely the Industrial Finance Corporation of India (IFCI), was set up in 1948, followed by the Industrial Development Bank of India (IDBI) in 1964. In the private sector, the Industrial Credit and Investment Corporation of India (ICICI) was set up in 1955. This was in sync with the global trend in Europe, Japan, the US and other Asian countries where the DFIs were set up primarily to rebuild infrastructure devastated by World War II. After the task was completed, those institutions were wound up. In India, how far these institutions (IDBI/IFCI) helped in building infrastructure is debatable. However, one thing is abundantly clear; they became a drain on the national exchequer through a variety of supports such as Government guarantees, capital commitments including from the Reserve Bank of India (RBI) along with direct and indirect financing by the latter to meet their needs.

In the 90s, the Narasimham/Khan committees recommended — as part of the financial reforms package — their gradual phase-out. They were either required to transform into banks or close if they couldn’t.

The panels also recommended the development of domestic bonds and derivatives markets to galvanise investors to deploy their savings for long-term financing infrastructure projects. As a follow up, the then Vajpayee Government converted the IDBI into a commercial bank in 2003. The promoters of ICICI did this much earlier in 1994 by converting the institution into the ICICI Bank. However, the other most crucial recommendation remained unattended. In the absence of sustainable arrangements for channelising household savings for long-term investment (a bank’s source of capital is primarily short-term deposits resulting in what is termed as asset-liability mismatch), currently much of infrastructure financing is done by the Government of India (GOI) by way of budgetary support.

The GOI, in turn, raises resources — albeit for providing budgetary support — by imposing cesses, fees and other levies such as the Central Road and Infrastructure Fund (CRIF), the Permanent Bridge Fees Fund (PBFF) and monetisation of the National Highways Fund (NHF). For instance, during 2020-21, out of the Rs 42,500 crore allocated to the National Highways Authority of India (NHAI) for executing roads and highways projects, the contribution of the above-mentioned funds was 49 per cent, 27 per cent and 24 per cent respectively.

In this backdrop, and with the present arrangement meeting only a small portion of the mammoth funding needs (Rs 100 lakh crore under the NIP), setting up of dedicated institutions such as the NaBFID prima facie appears to be an attractive proposition. In fact, the Modi Government wants to use the NaBFID as an anchor DFI.

To begin with, the NaBFID will be 100 per cent owned by the GOI, with equity capital coming by way of budgetary support. Over a period of time, the latter will reduce its shareholding to 26 per cent, implying that the majority ownership and control (albeit 74 per cent) will eventually be in private hands. It would be a professionally-run body, with the Government only appointing the Chairperson.

The proposed structure of the new DFI points towards the Government going for a hands-off approach as the Act does not provide for an oversight mechanism; it will be free from the “three Cs” i.e. the Central Bureau of Investigation, the Central Vigilance Commission and the Comptroller and Auditor General of India. In fact, it goes a step forward by seeking to protect the management for the decisions taken as an “act of good faith.” Up to this point, things are hunky-dory.

However, problems begin to creep when we look at this: “The Act empowers the GOI to extend sovereign guarantee in case of a default.” The guarantees cover a wide range like any liabilities of its own subsidiaries, joint ventures, branches and other similar arrangements; letters of comfort, or letters of credit for loans or bonds and debentures issued by any DFI funding infrastructure projects in India; and guarantee of the NaBFID’s bonds, debentures, loans and borrowings from multilateral institutions, sovereign wealth funds (SWFs), and other foreign institutions. To bail out an entity majority- owned and controlled by private parties using the taxpayers’ funds is a bad idea. Furthermore, to do this when the Government is not even exercising any external oversight makes it abhorrent. The FM’s defence that “an audited report would be placed in Parliament every year, besides the NaBFID having to furnish to the GOI and the RBI a copy of its balance sheet and accounts, together with a copy of the auditor’s report and a report of its working during the relevant year, within four months from the date on which its accounts were closed and balanced” does not inspire confidence.

One shudders to fathom the contingent liabilities emanating from the above open-ended guarantees provided under the Act and their impact on the fiscal deficit (FD). Already, the FD for 2021-22 is put at 6.8 per cent of the Gross Domestic Product which is almost double of what is permitted under the Fiscal Responsibility and Budget Management. For 2025-26, the FM puts it at 4.5 per cent. The NaBFID Act would result in spiralling of these numbers.

Team Modi needs to take a relook at the “sovereign guarantee” clause in the NaBFID Act. It should be deleted. As for giving comfort to investors, if only project proponents can generate the desired cash flows (this would require transparency and efficiency in project execution, simplified processes, enforcement of contracts, freedom from bureaucratic red tape and above all, realistic pricing of services shorn of populism), this will be automatically assured.

On the other hand, if these prerequisites are lacking, resulting in shortfall in cash flows, then even the offer of sovereign guarantee won’t provide much comfort even as the NaBFID, too, will end up being a drain on the exchequer just as the erstwhile IDBI.