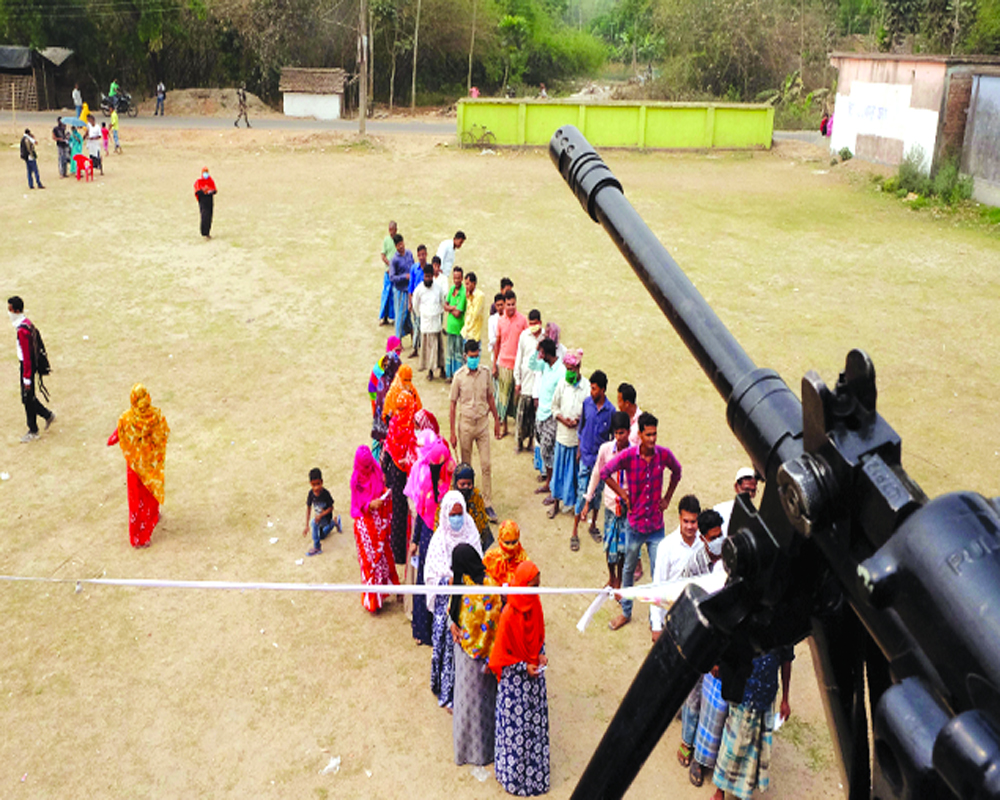 There are no golden rules for self-defence except that one has to gauge the gravity of the situation and act accordingly. Whether the security personnel deployed at West Bengal’s polling stations would fire below or above the waist — especially as an agitated mob advances towards them — depends upon their threat perception and exigency. Even firing to kill is justified if the situation calls for it and if there are no other practical options. What is uncalled for in a certain situation can be well defensible in another. Recently, what happened in Sitalkuchi, Cooch Behar, is really unfortunate as four lives were lost in firing by the Central Industrial Security Force (CISF) personnel and no amount of sympathy or compensation can bring them back. However, what is more unfortunate is the blame game politics taking place between the BJP and the TMC. While Chief Minister and TMC chief Mamata Banerjee termed the incident “genocide”, Union Home Minister Amit Shah said that her exhortation to gherao the Central forces had instigated the people to attack the CISF. Sceptics argue that the deaths could have been averted had the CISF jawans fired on their legs with the intention of dispersing the mob and not killing anybody — an argument echoed by Mamata. However, such suggestions are solely being made based on politicisation of the issue and are far from being practical; these people know nothing about what is required to be done by a professional force under such circumstances and have no idea of how fast things develop on the ground.

It cannot be denied that when an agitated mob of 300-400 people advances towards a polling booth to ransack it or towards the security personnel with an intention of snatching their weapons or even killing them should they put up resistance, the use of mild or medium force can aggravate the situation. In such a situation, the use of means like lathicharge, water cannon, rubber bullets or teargas, instead of acting as a deterrent, can rather act as a provocation to the mob which then can charge the personnel with more ferocity. What would follow is a bloodbath in which the security personnel and common citizens both lose their lives in large numbers. To keep the body count low and to disperse the bloodthirsty mob, there is no practical option but to fire with the intention to kill as only that would act as a deterrent under such circumstances. However, such nitty-gritty and technical knowhow are an integral part of the training of any professional force which is deployed to maintain law and order. Mamata’s allegations that the CISF has no experience in controlling mobs are more unfounded than real. However, there should be a thorough inquiry into the incident and those responsible for instigating the violence should not be spared. If the security personnel are at fault, strictest action must be taken against those responsible. But we expect our politicians not to do any further politics on the matter — at least not over the deaths. It’s plain shameful.