No rationale behind disaffiliating schools from the CBSE

No rationale behind disaffiliating schools from the CBSE 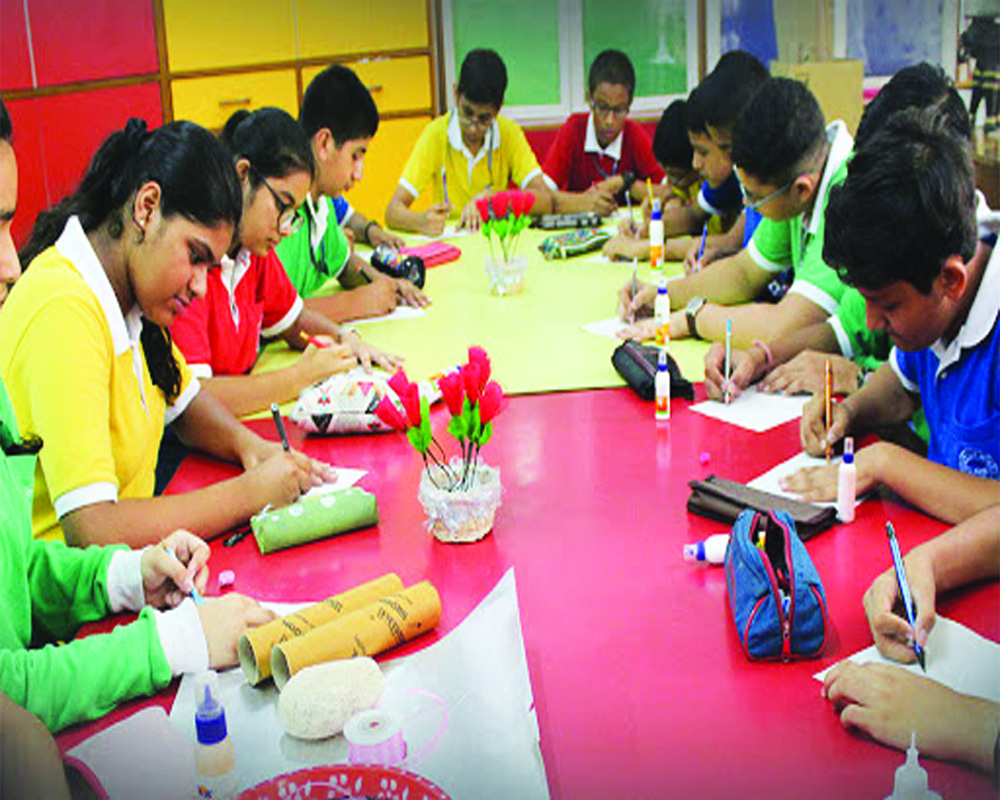 Over the years, there has been spectacular growth in the number of CBSE-affiliated schools and the number of students studying in them

Delhi Chief Minister Arvind Kejriwal has announced that some Government schools will be disaffiliated from the Central Board of Secondary Education (CBSE) and affiliated to the new Delhi Board of School Education (DBSE) in the 2021-2022 academic year.  While presenting Delhi’s annual budget for 2020, Deputy Chief Minister Manish Sisodia had announced that the Government was setting aside Rs 62 crore to set up a separate State Board of Education. Currently, there are over 1,000 schools run by the Delhi Government which are all affiliated to the CBSE.

What is the rationale or what benefits will accrue by setting up a DBSE and by disaffiliating schools from the CBSE, is a speculative question shrouded in mystery as no rationale has been given for the move. The Delhi Board of Higher Secondary Education was set up by a resolution on November 26, 1942, and dissolved with effect from July 1, 1962, when schools were affiliated to the CBSE, reads a notification of the Delhi Administration dated June 30, 1962. The CBSE, set up almost a century ago in 1929, has grown into a prestigious, autonomous Board of education in India for public and private schools, including for many Indian schools across the world.  From 309 schools in 1962, today the CBSE has 25,185 schools including 228 institutions in 25 foreign countries affiliated to it. All these schools follow the National Council of Educational Research and Training (NCERT) curriculum.

The British set up the first school Board in 1921. The Sadler Commission’s report of 1917-19 led to the formation of various Boards of secondary education in India. The Uttar Pradesh Board of High School and Intermediate Education was the first such Board with a vast jurisdiction. In 1929, the Government of India set up a joint Board namely, the Board of High School and Intermediate Education, Rajputana. This included Ajmer-Merwara, Central India and Gwalior. Later it was confined to Ajmer, Bhopal and Vindhya Pradesh. In 1952, it became the CBSE. It was a bold and futuristic experiment towards inter-State integration and cooperation in the sphere of secondary education.

Besides facilitating rapid growth and expansion, the CBSE did a commendable job in improving the standard of secondary education in the institutions recognised by it through transformative initiatives and periodic inspections. All Sainik Schools, Kendriya Vidyalayas (KVs), all Jawahar Navodaya Vidyalayas (JNVs), Eklavya Model Residential Schools, most private schools and those approved by the Centre are affiliated to the CBSE. There are 1,245 KVs — including one each at Kathmandu, Tehran and Moscow, 647 JNVs, 3,011 Government Schools, 20,265 private schools, and 14 Central Tibetan Schools affiliated to the Indian Board. Such is its credibility and international repute, the Board has schools affiliated to it in Africa, the Gulf, Nepal, Bangladesh, Japan, Singapore and Malaysia. Over the years, responding to the needs and aspirations of the students, the CBSE has taken steps to transform the education ecosystem, especially in pedagogy, the examination process and assessment of papers.

The CBSE grants affiliation, following a transparent and rigorous procedure, to the schools under two broad categories —regular (Government) and general (independent). Schools seeking affiliation must fulfil essential requirements and procure from the State Education Departments mandatory certificates, that is ‘No Objection Certificate’, ‘Recognition Certificate’ and land area documents as per extant rules and provisions of the Right to Education Act, 2009 (RTE Act). The CBSE strictly monitors the observance of affiliation granting conditions by the schools. In case a school is found violating the provisions of the affiliation by-laws or examination by-laws, or does not abide by its directions, the CBSE imposes penalties, including withdrawal of affiliation. All schools funded by the Centre and majority of the schools affiliated to the CBSE are private. Delhi, Sikkim, Arunachal Pradesh, Chandigarh and Andaman and Nicobar Islands do not have their own secondary school Board as they are affiliated to CBSE. Over the years, there has been spectacular growth in the number of CBSE-affiliated schools and students studying in them. During the period 2011-2019, the number of candidates appearing for the Board examination from these schools increased from 18,32,364 to 31,14,832, registering an increase of almost 70 per cent. This is so because the Board strives to achieve academic excellence by conceptualising policies and operational planning to ensure balanced academic and physical activities in the affiliated schools. It follows the scheme of studies, curriculum, academic guidelines and capacity-building programmes as per the objectives set by the National Curricular Framework and in consonance with the policies approved and the laws enacted by Parliament.

Before the setting up of the National Testing Agency, the CBSE was also entrusted with the task of holding NEET exams and continues to conduct successfully many other tests. The decision of the Delhi Government remains shrouded in mystery. Given the multiple benefits of an internationally-reputed Board like the CBSE, disaffiliation and creation of a new Board is hard to justify.

The writer is former Additional Secretary, Lok Sabha. The views expressed are personal.