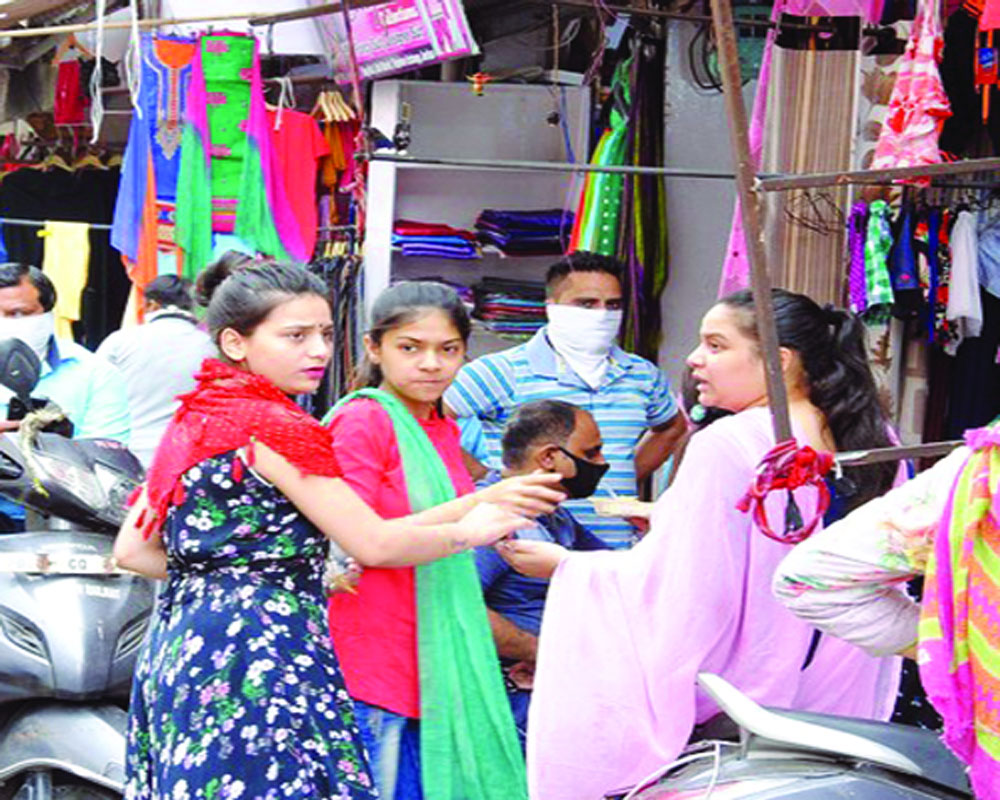 The newer strains of Coronavirus are killing, of course, but more deaths are due to our own insouciance

The word “tsunami” made it big in lingua franca in 2004, just as “COVID-19” did especially in the latter half of 2020. Unlike the tsunami, however, its killer surf is still far from receding; there are waves after waves of the killer virus mutating and begetting newer strains. The difficulty of the situation is that by the time the world’s best virologists and scientists get down to pinning the blasted agent to relegate it to the oblivion, it deviously transforms itself. The number of active cases are growing breathtakingly by the hour and several States are performing particularly worse than the others, the eminent notables being Maharashtra, Delhi, Punjab, Andhra Pradesh and Tamil Nadu. Since we mentioned Delhi in particular in these columns recently, let’s revisit the Capital scene. Sure, the Aam Aadmi Party Government has taken some good, practical steps to counter the spread of the virus, including slapping a night curfew for whatever it’s worth, the problem lies with the citizenry. Sure, the city Government has started servicing the population with inoculation around the clock, but what does it ultimately amount to?

The most basic instinct of any living being is survival but we, the humans, seem to have outgrown it in terms of taking precautions against COVID-19 as if the virus is our best friend. Taken in a larger, wider context, the same sick mentality appears to be prevailing across the nation, and across the borders too. The other countries are being mentioned because any epidemic, including locusts or any other natural jeopardy, doesn’t respect geographical boundaries and is apt to punish anybody who disrespectingly comes into contact with it. But we apparently think that we have survived the virus outbreak so far, that we have made its acquaintance, that we have cracked the code to break its outreach and that it won’t therefore afflict us, but we are wrong. The situation is getting exacerbated because of the newer strains that are mutating speedily and beguilingly, cheating the vaccines developed so far to treat the earlier, original virus. In no small degree, the peoples are to blame, too, since they haven’t learnt any lesson from the situation in Manaus, situated on the banks of the Negro river in Brazil. The picturesque city found its way into notoriety when scientists proclaimed it to be the final warning for the whole world in terms of combating the Corona virus.