Now is the Need For a Reality Check

Now is the Need For a Reality Check 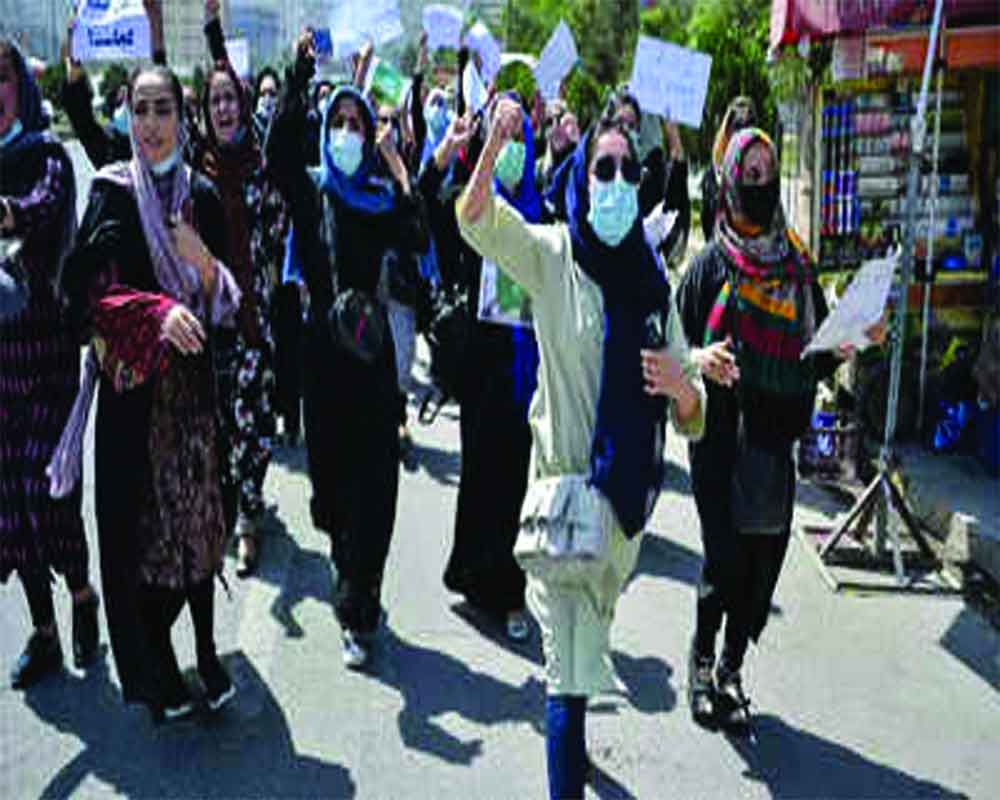 There are many ways in which decision-making can be structured or planning can be done.There are many ways in which the struggle for the control of the decision-making processes takes place. Ultimately, those who emerge victors in the various competing ways of doing something carry the day. The articulate in the group become cheer leaders and those who care or dare to oppose are either eliminated or left to languish or perish. This happens in matters big and small. The last few weeks have seen the emasculation of an army which was proclaimed to be one of the finest equipped in the world. The current ruling elite in Afghanistan have made no bones about their distaste for matters such as democratically elected governance. They are in control and some of the mightiest powers in the world are ready to encourage this regime. Clearly the jury has not even convened, let alone 'be out' for a decision. The international system has yet again proved its ineptness in sufficiently holding out values and making worthwhile moves to push for them. Even the so-called cause of women's rights in Afghanistan has not echoed much in any significant part of the world. Staunch proponents of gender equality can be seen occasionally demonstrating in some city, somewhere. Indeed, counter collectives reportedly have gathered of women in Afghanistan proclaiming, in effect, that the country's establishment's views on the status of women is indeed correct and must prevail. Philosophy has little scope to sort out a seemingly contentious views especially when there are few listeners. The international bodies including the United Nations are observing a thundering silence on this issue. Almost all of the global women's movements have suddenly dried up in the dreary desert sands of abject disinterest.

This is the story not just of women's rights. It is also the story of other human rights. The existence in China of alleged concentration camps, meant for certain religious minorities, is another subject of popular global neglect. Globally, even their co-religionists are rarely raising any attention about this. This is in sharp contrast to other kinds of concerns that are being raised. One wonders whether 'politics' predominantly determines what is flagged for attention and what is not. Like the gender movement, the cause of human rights for all, including minorities, is conspicuously marked by selective outrage. In the meanwhile, the expenditure on armaments amongst the so-called super powers continues to escalate. Some media channels have been showing the might of certain super powers to link power of artificial intelligence and incredible destructive capacity of nuclear devices. The powerful nations write their own rule books. In the last three decades or so, proclaimed aggression has been practiced to eliminate the so-called 'weapons of mass destruction' and more. Reportedly, the armorial dash was for control of oil resources. The sheer ability to cover up crass commerce with lofty principles of progress seems to be the hallmark of many powerful. The time has come to realise some of the underpinning driving the truth of our times. Unless the truth is placed, squarely, on the table, any reversal of this sorry logic — where the powerful grab what they want with or without attempts at camouflage — is likely to continue.