Of brands and differentials

Of brands and differentials 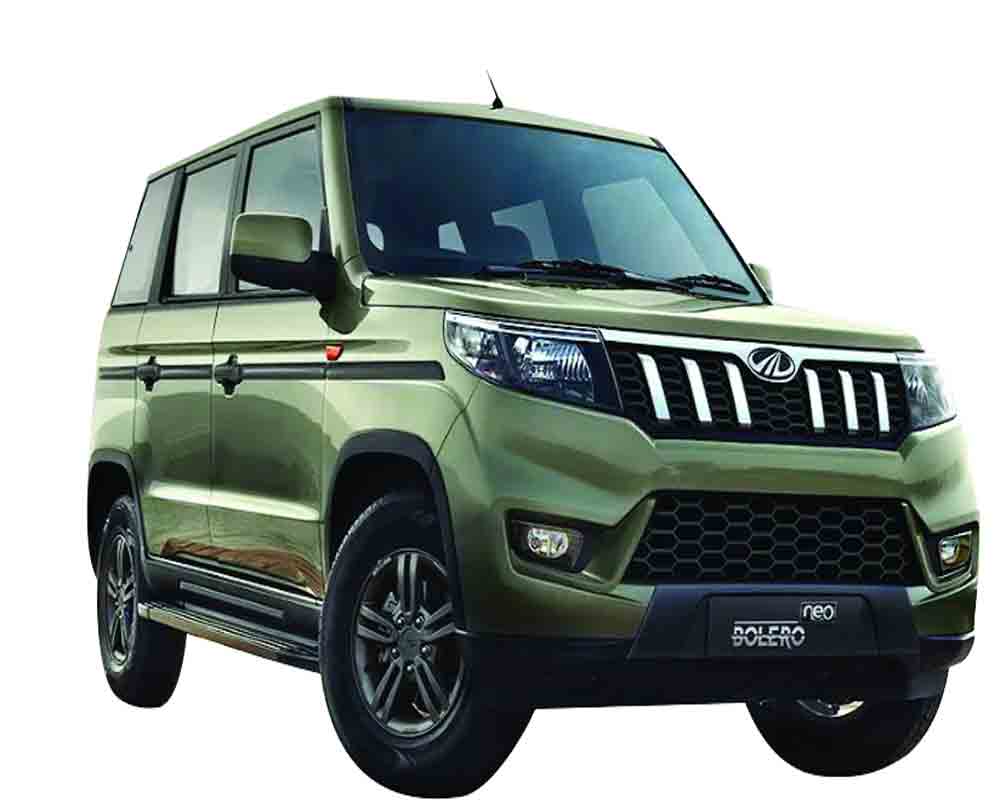 The Bolero Neo is Mahindra’s attempt to rebrand and revive the TUV300. Will it convince Brezza, Sonet and Venue buyers to change?

Most of us who drive cars or any other motorised vehicle know that the power from the engine goes through a gearbox, so the power from the engine shaft is either stepped up or down into the driveshaft. There are direct-drive vehicles where the engine is directly connected to the wheels, but those are rare. What many folks do not know is that there is another set of gears on all motorised vehicles, this is the differential.

The differential exists because we do not drive in straight lines and the best example of why we need differentials is a horse-drawn chariot. While a horse can turn on a dime, a chariot really can’t. And the simple reason is that the wheels are fixed onto the axle, which poses a problem on turns. You see, the outside wheel travels further than the inside wheels, meaning that it needs to go a lot faster than the inside wheel. A differential, which essentially allows both wheels to turn at different rotation speeds, hence the name, resolves this.

What most cars have is something called an open differential, and in most circumstances that is fine. That is until you encounter really bad and rutted roads or muddy surfaces. On such surfaces, a situation could emerge where one wheel could be pushed up into the air or get stuck in the mud and if you have ever been in such a situation you know what I mean. The wheel that is in the air or stuck in slippery mud gets all the power and spins aimlessly.

That brings me to the new Bolero Neo, this refresh of Mahindra’s TUV 300, fits the top-end with a mechanically locking differential. Now, what this does is when the vehicle gets stuck in the mud, or when one of the rear wheels goes up in the air, a set of small weights inside the differential ‘lock’ it. What that does is to ensure that the rear wheels turn at the same speed. This means that it isn’t just the ‘free’ wheel that is spinning aimlessly, but also the wheel on the ground, the wheel with traction that also gets some rotation. While this is not a proper four-wheel-drive system, this does mean that the Bolero Neo can get out of some tough situations it might find itself in. That said, it is true that many modern cars with Traction Control Systems have electronically locking differentials, but a mechanically locking one in the Bolero Neo is not just cheaper but more effective one in the conditions that this particular vehicle might find itself in.

I hope I have managed to explain the concept of a differential and locking differentials a bit, without confusing you. If you look forward to the complicated details, start reading up about limited-slip differentials that some performance cars have. But, let me now move on to the Bolero Neo and, yes, as almost everyone who replied to my tweet when I drove the vehicle last week mentioned, it does look like a TUV300. And it is one; basically, Mahindra has decided to use the stronger Bolero brand to rebrand the TUV as the car got a refresh. Is this a repudiation of Mahindra’s numbering system that they came up with when they introduced the XUV500? I would believe so, but that system was already in doubt given that the second-generation XUV500 became the XUV700. That is another discussion altogether, but there is no doubt that over the past two decades, the Bolero has been Mahindra’s most successful vehicle and while you may not see it a lot inside cities, in upcountry areas, it is and remains one of India’s most popular utility vehicles. So Mahindra Auto deciding to go with the Bolero brand, hoping, one assumes, to rub off some of its aura on this vehicle, is not surprising.

The Bolero Neo, the top-spec model I drove, came with all the mod-cons that one expects on such a vehicle — a touchscreen infotainment system, a powerful air-conditioner and USB charging. It, also, surprisingly came with side seats behind the rear bench, making it a seven-seat vehicle. While there is demand for such seats in upcountry markets, such seats are not safe in accident scenarios and I was not alone in finding it surprising, even ironic, that Mahindra, which highlights the highly-rated crash safety of its  Thar and XUV300, would do such a thing. One could make the argument that buyers in upcountry markets are not ‘that concerned' about safety and while I’d agree that safety may not be as high on the priority list for such buyers, that is a fallacious argument. As I only drove the Bolero Neo on a stretch of uneven tarmac off the Gurugram-Faridabad Expressway, it does deal with the rough stretches pretty well, but I can’t honestly tell you if it is a good highway cruiser.

However, beyond that, this is a vehicle that knows the segment it is targeting. There isn’t an automatic, not even an AMT, option. No petrol option either. Am I disappointed? No. Because this is clearly not a vehicle designed for me, it is aimed at a more erudite, younger upcountry buyer who wants the ruggedness of a Mahindra vehicle with some of the comforts of a modern vehicle. However, those buyers are also shifting away from Mahindra because, whether we like it or not, many younger folks from upcountry areas are moving into the big, bad city. And therein lies the rub. While the rebranding might help, you are unlikely to see one of these in a city near you soon.