Opium with a pinch of salt?

Opium with a pinch of salt? 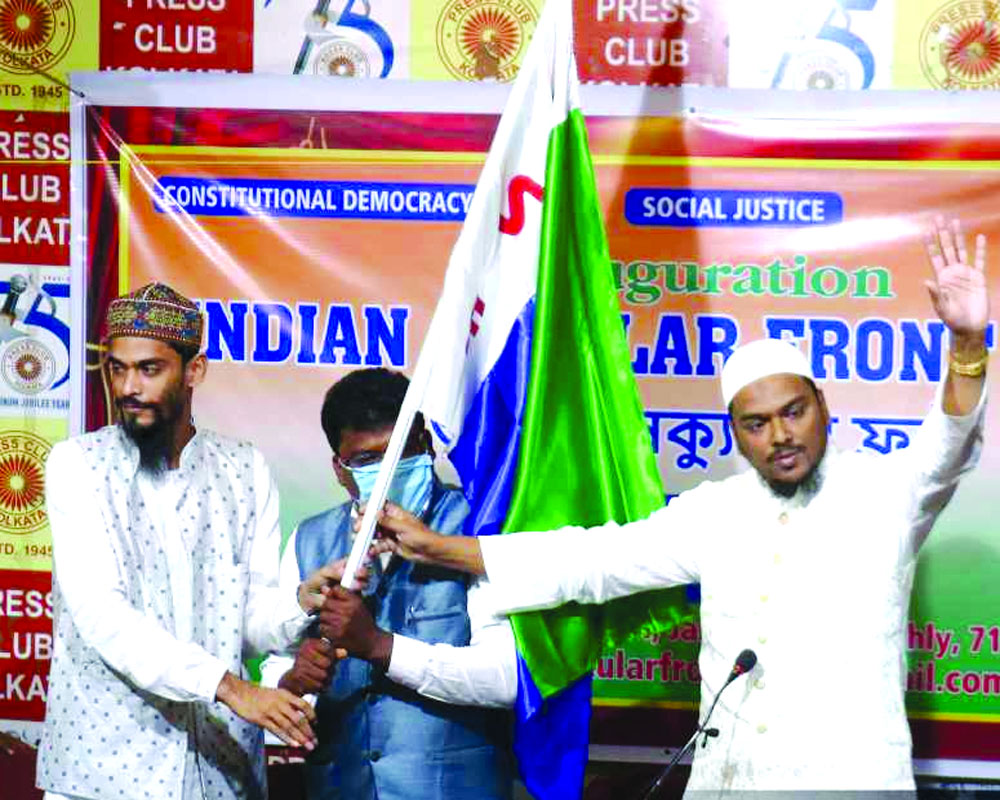 The CPI(M)'s decision to ally with a Maulvi-led party in Bengal is ironic. Is the party trying to make Marx stand on his head?

The Congress and the CPI(M)’s decision to ally with the Indian Secular Front (ISF) in West Bengal has scandalised many. Despite its paradoxical nomenclature, the ISF is headed by Pirzada Abbas Siddiqui, a cleric of the Furfura Sharif shrine in the State. It is, however, not a novel experiment for the Congress, which catapulted the Ulema into mass politics during the Khilafat movement in the 1920s.

However, for the CPI(M), Siddiqui appears a strange bedfellow. The communists, in principle, abhor any transaction with religious groups. We have all grown up hearing the Marxist adage “religion is the opium of the people”. However, it is true that MN Roy formed the Communist Party of India (in exile) in Tashkent with a group of Mohajirs (those who tried to emigrate from India to Afghanistan, the nearest Dar-ul-Islam) at the onset of the Khilafat movement. “Most of them transferred their fanatical allegiance from Islam to communism,” Roy wrote. One doesn’t know how much of his claim was actually true. However, there was at least an attempt at communist conversion.

The instant case is different, where the alliance partner could retain its essentially religious character. This brand of secularism might be tolerated by the Congress, which can form alliance with the Muslim League and the Shiv Sena with equal ease. While secularism for the Congress is only self-certification of non-communalism, for the CPI(M) it must also be strict non-religiosity.

In this regard, one should recapitulate an episode in India’s parliamentary history. It was the undivided CPI which had sought a ban on political influence of the Catholic Church in India. While one might expect such bravado from the BJP (or its predecessor Bharatiya Jana Sangh), they actually took no such step. It was actually the communists who seriously questioned the political role of the Church.

On April 1, 1960, CPI leader T Nagi Reddy (Anantapur) introduced a private member’s Bill, viz; ‘Catholic Church Premises and Ecclesiastical Order (Restriction of Political Activity) Bill’, in the Lok Sabha. The Bill, originally registered in the name of his party colleague TB Vittal Rao, was an outspoken document. The statement of objects and reasons stated: “It has been noticed that the Catholic Church and its ecclesiastical personnel are engaging in political activities. This is contrary to the concepts of a secular State. It has become necessary to restrict such political activities in the paramount interests of the secular State. Restriction of such political activities is also provided for by Article 25(2)(a) of the Constitution.”

The Bill had its origin in the politico-spiritual power struggle between the Catholic Church and the CPI in Kerala and Andhra Pradesh in the 1950s. The Church was issuing edicts against communism as a political ideology and excommunicating those Christians who had joined the CPI or Revolutionary Socialist Party.

Sadhan Gupta, a communist leader from Bengal, flagged the ex-communication threat as alarming. While speaking in the Lok Sabha on March 14, 1960, he did not contest the right of the clergies to dissuade people from voting for the communists. However, he rated the excommunication threat as dangerous to the morale of a Christian.

Gupta observed: “To a devout Catholic, Hell means much more than to a devout Hindu. Among Hindus, there is a spirit of penal reforms in Hell; a term in Hell is not indefinite; after five years, 10 years or 50 years or 100 years or even 1,000 years, he can have the life of a worm or a dog or, perhaps, a man and then go back to whatever he deserves…. That is not the Catholic doctrine. If a Catholic does not secure the aid of the Church in this life, he is condemned to be eternally in Hell. That is a very serious matter for a devout Catholic.”

Neither Reddy nor Gupta was critical of Christianity in general. Yet, they showed the courage to take on an ecclesiastical institution which could issue a spiritual veto against an individual’s political conviction.

The Gupta-Reddy episode has a special lesson for the present-day CPI(M). Can they accommodate a theology diametrically opposite to their godless ideal? The February 28 rally at Kolkata’s Brigade Parade Ground is already reminding some people of Comrade Jyoti Basu’s decision to be present at the Direct Action Day rally convened by the Muslim League on August 16, 1946. The end of the rally marked the beginning of the Great Calcutta Killing (August 16-18), 1946.

Karl Marx, in his article titled ‘Declaration of War — On the History of Eastern Question’ (New York Daily Tribune; April 15, 1854), makes no bones of Islamic theology. He writes: “The Koran and the Mussulman legislation emanating from it reduce the geography and ethnography of the various people to the simple and convenient distinction of two nations and of two countries; those of the Faithful and of the Infidels. The Infidel is “harby,” i.e. the enemy. Islamism proscribes the nation of the Infidels, constituting a state of permanent hostility between the Mussulman and the unbeliever.” Will the CPI(M) “excommunicate” Marx to appease Siddiqui?