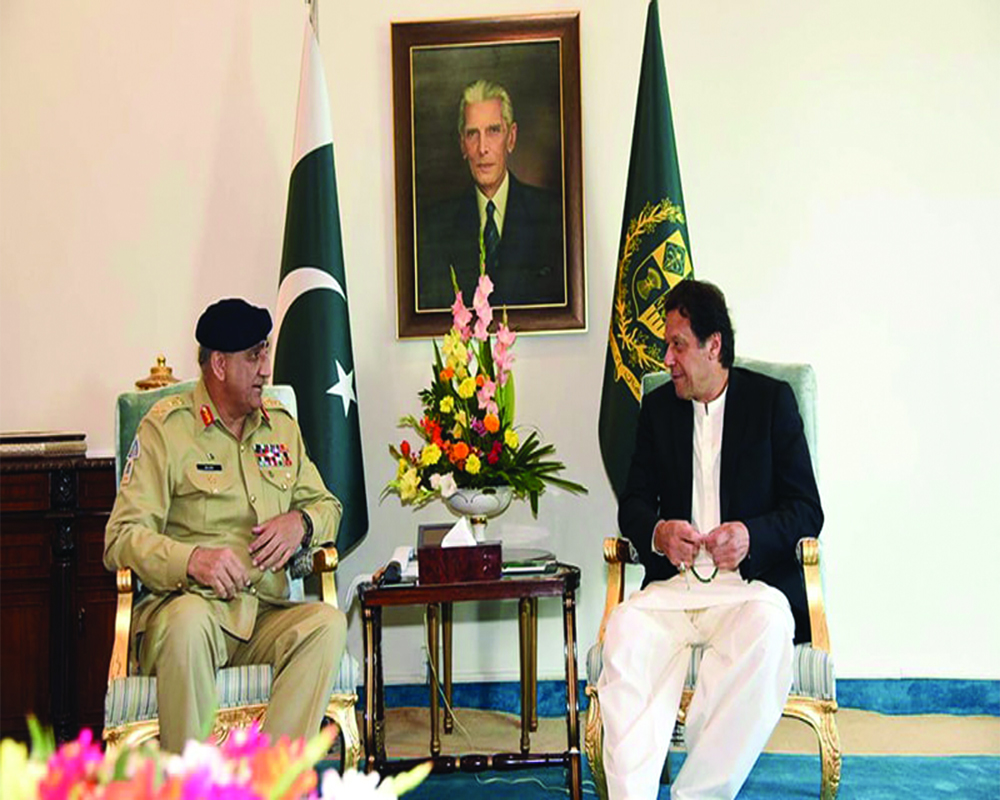 The innocuous Abpara area of Islamabad hosts the most shadowy element of the Pakistani “establishment” ie, headquarters of its spy agency, the ISI (Inter-Services Intelligence). Infamous with monikers like “State within a State”, “rogue agency” or as former Prime Minister Nawaz Sharif cuttingly described it as “Khalai makhlooq” (extraterrestrial aliens)! The umbilical cord of Pakistani governance is publicly fronted by the façade of a civilian Government in Islamabad but is practically remote controlled by the dour Pakistani Generals who operate from 20 km away in the garrison township of Rawalpindi, where the Pakistan military’s General Head Quarters (GHQ) sits.

Keeping a proverbial eye, ear and mind onto the affairs and control of the Pakistani officialdom is the lynchpin job of the Director General ISI (DG ISI), who ostensibly reports directly to the Prime Minister but, as a uniformed officer, is clearly beholden to the Pakistani military. This makes the ultra-sensitive job of the DG ISI as second most sought after and powerful office in Pakistan’s military hierarchy (if not in entire Pakistan). The ability of the incumbent to shape the national governance agenda, priorities and tenor is immense, given that it has had notorious DG’s like General Hamid Gul whose sense of extracurricular activism earned the institution much international infamy and dread. The recent sighting of the earlier DG ISI landing in the mayhem and mass exodus of Kabul with a chilling statement that “everything will be okay” was soon followed by a virtual “coup” within the Taliban’s ranks, with the ISI’s preferred and deadly Haqqani faction usurping the Afghan Taliban leadership.

Today, the perennially manipulative and suspicious elements within the loose arrangement of the Pakistani “establishment” are at extreme unease as Pakistan’s Chief of Army Staff, General Qamar Bajwa, has gone ahead and unilaterally announced a new DG ISI, Lt Gen Nadeem Ahmed Anjum, without the apparent concurrence or alignment with the Prime Minister. Timing is ominous with Pakistan saddled with an unprecedented economic crisis, dangerous unrest in Balochistan, Khyber Pakhtunkhwa, Line of Control (LoC) and across the invisible Durand Line. Above all, with just about a year away from the end of the three-year extended term of Gen Bajwa, the stakes are high. The choice of the DG ISI was understandably a matter of concern for various competing stakeholders and, with the pre-emptive announcement of Lt Gen Anjum, Gen Bajwa has ensured his man at the pivotal post. Prime Minister Imran Khan is left with the awkward choice of swallowing his pride and sanctifying the choice or risking going against the mighty Pakistani military — something that he can ill-afford given the popular mood within the country, that increasingly disbelieves his spiel of “naya Pakistan” (new Pakistan). Importantly, Gen Bajwa had short-circuited the traditional approach of forwarding three names for the PM’s consideration and, in doing so, set the cat among the pigeons.

Imran, like his civilian predecessors like Nawaz Sharif, assorted Bhuttos and other proxies, will realise that irrespective of the preferences showered, the loyalty of the Generals is only unto themselves and their “institution” and certainly not to the civilian masters or even the country beyond a point. Pakistan’s governance history is littered with invariable U-turns by Generals who either unceremoniously dumped their political benefactors or sent them to the gallows — General Ayub started the trend with Iskander Mirza, General Zia treacherously hanged Zulfikar Bhutto, Benazir Bhutto faced ISI-organised Operation Midnight Jackal, Nawaz Sharif was outdone by General Pervez Musharaf. All these retractions by Pakistani Generals followed an ironical trend of a supposedly “pliant/loyal” choice of a General (like Zia-ul-Haq and Pervez Musharaf, who superseded others as they were initially considered non-threatening). Interestingly, the latest bout between Imran-Gen Bajwa follows the same pattern of a quid pro quo gone sour. Pakistani military is widely believed to have been behind the “management” of Imran’s success in the 2018 elections, and the favour was duly returned with Gen Bajwa securing a three-year extension to the post of COAS.

The Pakistan “establishment” is a minefield of insecurities and turf wars that ensure that nobody can take the other for granted permanently. Beyond the simplistic calculus and optics of a military-versus-politician’s tiff thrives a complex admixture of clergy, judiciary and media to even foreign powers (from Ummah to the Chinese) that can be tapped into towards desired outcome. With such a lay of the land, the role of the globetrotting DG ISI, who often plays a role far more expansive than the usually mandated for Intelligence heads in other countries, becomes apparent. Unsurprisingly, when a certain political appointee like Lt Gen Shamsur Rahman Kallu did make it to the DG ISI’s post, the Pakistani military made sure that his role, relevance and access was cut to size.

From all public accounts, Lt Gen Anjum is professionally well-rounded with multiple military courses from the UK and the US, besides diversified command/staff exposures — above all, his surprise and unilateral appointment will ensure a modicum of the “institution’s man” with watertight loyalty to the Rawalpindi GHQ in the perennial cloak-and-dagger of Pakistani governance. The Pakistani military has tripped politicos, yet again.