Paying obeisance to scientists for nation-building

Paying obeisance to scientists for nation-building 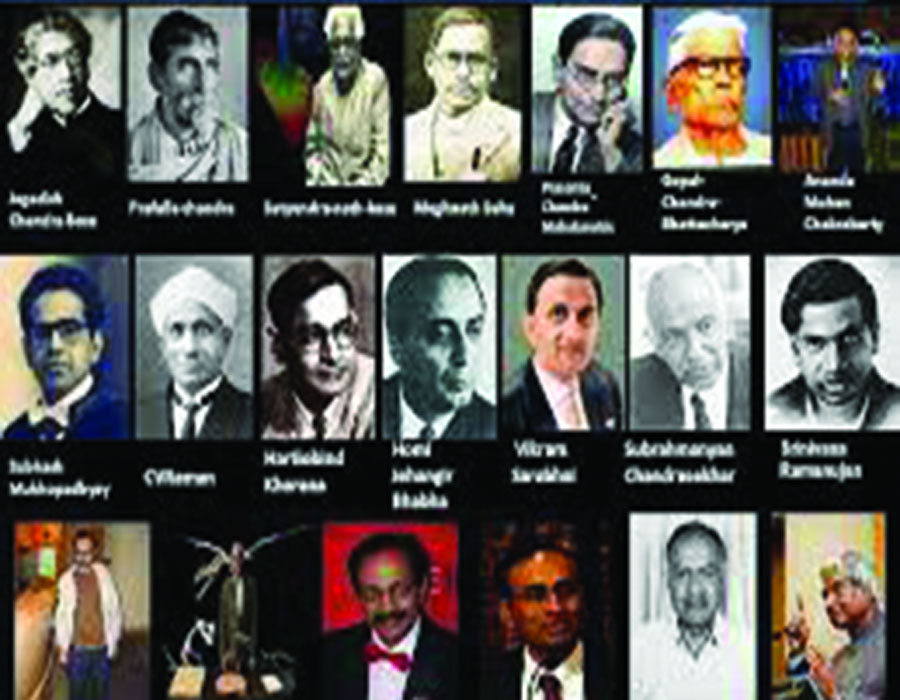 One problem we find in our society, especially in scientific and academic circles, is that once people retire from service, we neglect them totally

Whatever progress we have achieved in our country whether it is in the agriculture sector, healthcare sector or transportation are all because of years of breath-taking research undertaken by our scientific community. Be it the green revolution undertaken by Prof MS Swaminathan or the white revolution by Dr. Verghese Kurien or the metro rail revolution of E Sreedharan, in every sphere of life, our scientific community has delivered a lot.But many a time, most of our scientists turn out to be unsung heroes.

India has emerged as a leading economy of the world mainly due to the work done by our scientists. Economic growth and scientific growth are interrelated. Our visionary leaders and scientists have given the trust to science since we got independence.

We as a nation stand on the pillars of scientific strength built by our scientists. On the occasion of the 75th year of independence under the umbrella of Azadi ka Amrit Mahotsav, Vigyan Prasar, an autonomous organization of the Department of Science & Technology, has initiated year-long celebrations of birth centenaries of inspirational scientists like Prof. H.G.Khorana, Prof. Rajeshwari Chatterjee, Prof. G S Laddha, Dr. Y Nayudamma, Prof. G.N. Ramachandran and Prof. B.  Ramamurthi. They have also identified 75 scientists, as representative members from hundreds of scientists, who played a major role in nation-building. This is indeed a welcome step that would bring the scientific community to the public limelight. With each passing generation, our people forget the contributions of great scientists. It will be good if our present generation at least goes through the history behind each discovery our scientists have made, with minimum infrastructure available during the time. Even though few have settled abroad due to professional compulsions, many have settled in India and participated in nation-building. The ingenuity of their work is something that has to be appreciated. Most of these scientists come from a rural background, studied in government institutions, and rose to the stature of greatness without any godfathers. This will instil confidence in our youngsters to take up science as a career.

One problem we find in our society especially in scientific and academic circles is that once a person retires from service, we neglect them totally.   We often forget that a person carries 60 years of experience and that utilising them properly can move us 60 years ahead.   In most institutions, once a person leaves, nobody knows how a particular work has been carried out or how to solve the problems one encounters during an experiment, etc. In some cases, costly instruments purchased by the scientists remain unutilized once the concerned person leaves the institution. This may be either due to a lack of experienced manpower or sheer negligence. The link between the young and old generations should be maintained as far as possible, for if that loop is broken the continuity of research work will be affected.

We have to develop a culture where every scientist in the country is provided a working space in their host institute for as long as they are active.  There are many octogenarian scientists working in many international centers, the same culture is not visible in our institutions. The moment a person sits idle at home his productivity decreases. If the same person is made active, we can extract a lot of information from his experience. Even the sight of senior persons and their interactions will enhance the scientific output of youngsters.

Presently, many private academic and research organizations recruit scientists retired from public sector institutions offering them good salaries and positions. They know how to extract knowledge from our great scientists and make money out of it. The same practice can be utilized by our public sector institutions. Most of our responsible scientists shall be happy to work for the government if they get a chance.  Even though there are emeritus scientists or professor schemes, very few get a chance to serve post-retirement.

In science, most of the time we focus on scientists who are in limelight, that may be very few, but there are hundreds who are relentlessly working in our institutions and universities, they need to be recognized. There should be a National Scientists Day to commemorate their contributions. Many youngsters who are fleeing from science fear unemployment. Celebrating the contributions of scientists will create a new atmosphere in promoting science among the youngsters. Without good scientists' nation cannot progress. We need to preserve our scientific community and prevent brain drain for the welfare of our country.

(The writer is a popular science writer. The views expressed are personal.)