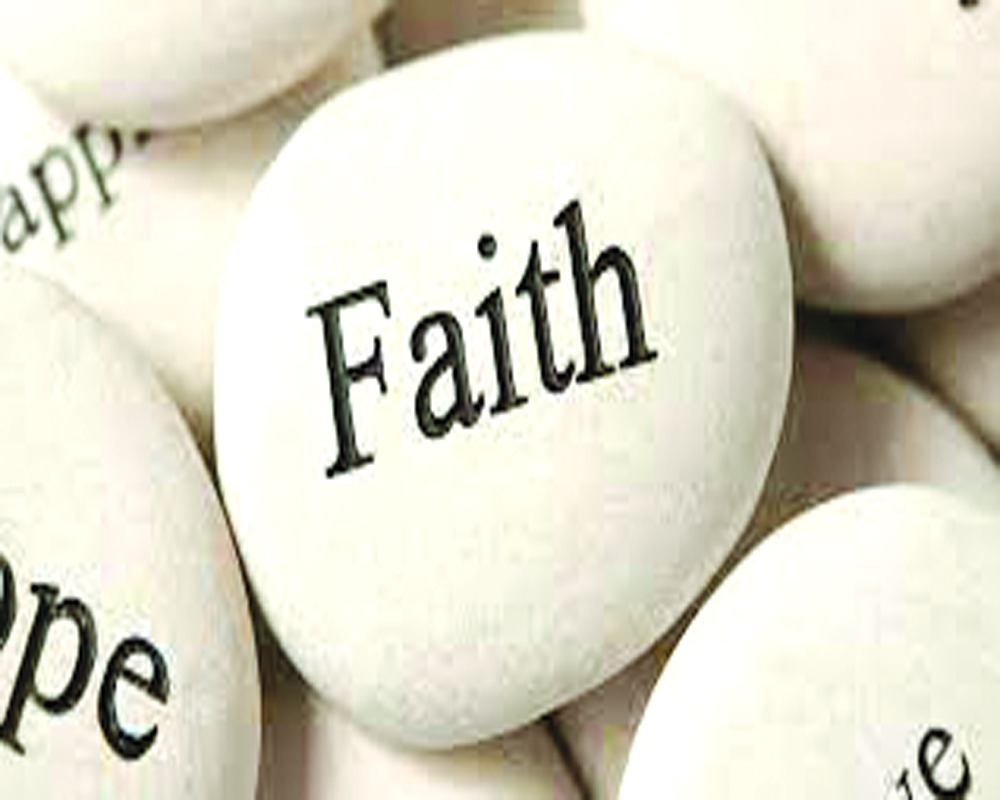 With the confidence of humanity shaken, recovery in the post-Covid world will not be easy. The corona scare in these two years was a nightmare most of us will find difficult to forget. Only way out is faith. Faith in God. Faith in humanity. Faith in ourselves. But understanding faith is difficult. Practicing it more so. To the entire humanity driven by pathophobia, an episode from a 1960s Bollywood movie Guide may provide some clues. This film not just offered entertainment, but also provided enrichment to the soul for those who could see and hear. Raju Guide, the protagonist played by Dev Anand, is forced by circumstances to become a Sanyasi ostensibly for the common good. As the news of his sitting on fast to bring rains to the parched land spreads, crowds throng from all over, turning the place into a pilgrimage. With the news spreading far, a foreign journalist is there to cover the event. The dialogue between the lady and the protagonist is interesting. “Swami, do you believe that your fasting will bring rains to the place,” asks the lady. The Swami replies rather philosophically that if 40 crore people (India’s population then) skip food one day, it can feed the same number for a day. The question is not whether it will rain or not; it is also not whether he lives or dies. The question is if there is someone behind this beautifully designed and orderly world; and if so, does He listen to his people. This piece of teleological argument is a popular theistic assertion offering proof to the existence of God. But more important is what subsequently happens in the film. The swami dies but it rains, nevertheless, proving his point. There is God, and He listens. This is the crux of the matter. Faith that there is God and belief that he stands with his people in times of crisis. In this world full of uncertainties only faith works. Faith is God. Faith is power. Faith is religion. The story of creation in any religious order should never be regarded as a piece of scientific description. It should be seen as the classic mythological expression of the belief that the whole natural order is a divine creation. God is the sole ruler and governor of this world and there is a divine design behind everything. Thus, the Christian dictum, “don’t believe so that you may have faith, have faith so that you may believe”. Faith makes things happen. In medical science, the power of faith in healing has been tested time and again. The curative power of faith has been proved in psychology laboratories through the placebo effect. Faith is the basis of many a miracles. You see what you believe. Sometimes you create what you believe. But the underlying condition is — one hundred percent faith. That is why in medical colleges pupils are told that the eyes cannot see what the mind does not know. In ancient Greek mythology, Pygmalion, the sculptor king of Cyprus, carved a statue of the ideal woman, fell in love with his creation, and through the strength of his own will and the assistance of the Goddess Venus, brought it to life. Centuries later, George Bernard Shaw wrote world famous play Pygmalion using a similar theme. In modern management literature, a phenomenon called Pygmalion Effect has been identified. It suggests that if things are believed, they become self-fulfilling prophecies. Wishes, then, can be horses.