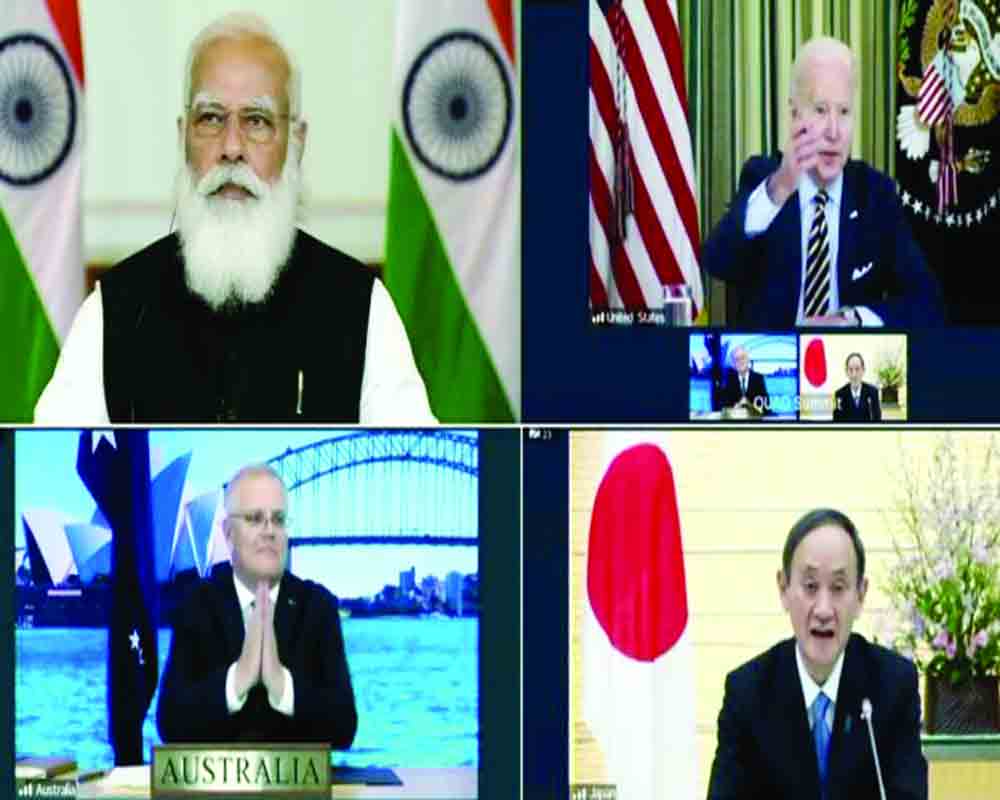 US secretary of State Anthony Blinkenmay shortly visit India. The move assumes significance in the face of the fast-changing world order, especially in the Indo-Pacific region, with a focus on Quad and similar platforms among like-minded nations. The Chinese Communist Party celebrated its centenary on July 1, the occasion buoying the Dragon to actively look for new partnerships to counter the Quad alliance. Reports indicate China proposing a new Quad with Russia, Pakistan, and Iran. China enjoys deep ties with potential Quad partners. China and Russia have been strategic allies for a long time. Despite some suspicions and apprehensions, they havea healthy trade relationship and cooperate on fronts like technology, defence,and economy.  China has always been a supporter of Iran which in turn has maintained a “One China outlook”. The bond is sealed, deepened by their shared resentment towards the US. China has recently promised $400 million to Iran while assuring to buy more oil and natural resources from the partner.

An all-weather ally of China in the entire equation is Pakistan.The latter fits in the geo-strategic chessboard, where its presence right next to India serves China’s unspoken wish to keep India busy in the neighborhood and have no significant say in world affairs. The US walking out of Afghanistan may see a more active Chinese presence in the neighborhood even as the clamor rises for a balancing force to bring Taliban and Kabul closer and keeping central Asia safe. That brings us to the original Quad, consisting of the US, India, Australia, and Japan. The multi-lateral alliance for economic and defence collaboration in the Indo-Pacific region also tries to contain growing Chinese dominance in the region. The Quad got off to a good start with President Joe Biden sponsoring the US optimism for such an alliance, set in motion by his predecessor. The first, virtual conference was held in March andthere is a possibility of a physical meeting in Washington towards September. Prime Minister Narendra Modi is expected to travel to the US around that time for his first in-person meeting with Biden. China along with Russia has been actively pushing the vaccine diplomacy to reach out to its neighbors thereby increasing its influence and negotiating power. The world is staring at a fresh bunch of variants hitting its population which could potentially threaten partial closures across geographies besides restricting the free movement of people. The Quad leaders had agreed in March to work together on vaccine manufacturing as well as setting up a working group anda fundfor research on future pandemics. The four nations have significant grounds to cover on the vaccination front. Except for the US, none of the others have managed to vaccinate a large chunk of their populations and that continues to be azone of concern. If the QUAD partnership has to make any headway, then the US will have to persuade its pharma giants to come in and quickly ramp up the production of the vaccines. This will also help many smaller countries in India’s neighborhoodas the Quad commitment is also to have ahealthy and safe neighborhood besides trying to act as a bulwark against China. The other area of quick cooperation among Quad nations which the US secretary of State is likely to take up relates to technology cooperation and working together on emerging technologies in face of new threats in the cyberspace. The threat to technology architecture with the potential to bring nations and economies to a halt is a shared concern and these countries need to quickly put together an actionable roadmap for the future.